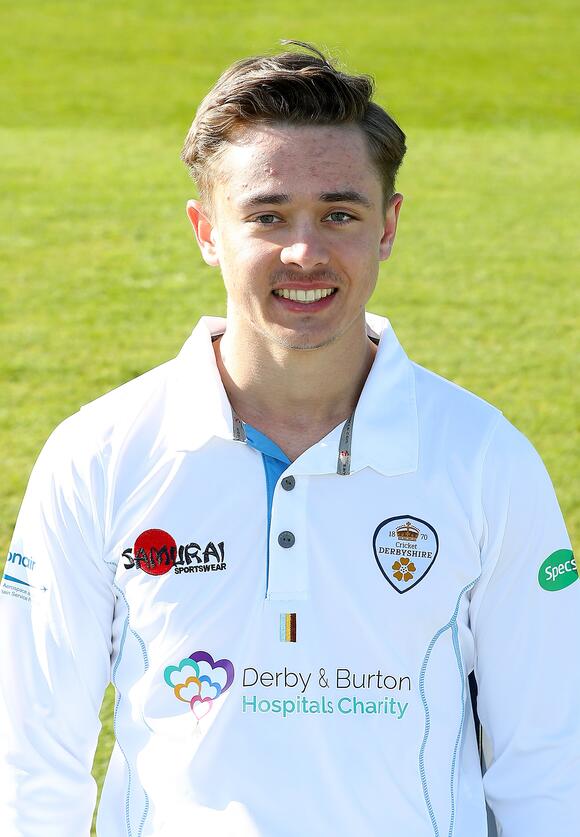 Derbyshire wicketkeeper Harvey Hosein has retired from professional cricket at the age of 25 after suffering repeated concussions.

Hosein has seen his career cut short having been diagnosed with concussion on four separate occasions in recent times, including twice this summer.

Having made his county bow as a highly-rated 18-year-old, taking 11 catches in his county championship debut against Surrey – a Derbyshire record, he went on to play 59 first-class matches, scoring two centuries, as well as 24 white-ball matches. 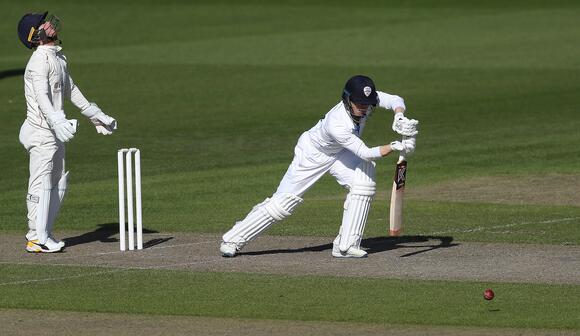 Hosein was ruled out for the remainder of the 2021 campaign by his latest head injury and specialist medical assessment led him to retire to prevent the risk of further damage.

He will now pursue an alternate career in finance, supported by the Professional Cricketers’ Association.

“Retiring early from the game has been the hardest moment I’ve faced in my professional career,” he said.

“I have been lucky enough to enjoy eight professional seasons as a homegrown player, an ambition I held since joining the club at the age of 12. This is not how I envisaged or wanted to leave the game, however, I have made lifelong memories during the past 13 years at Derbyshire.”

Retiring early from the game has been the hardest moment I’ve faced in my professional career.

“There are risks associated with any contact sport and cricket is no different, particularly at this level. The club’s medical staff and Harvey himself have followed the ECB’s concussion protocols thoroughly and there is no doubt that in doing so have in all likelihood prevented further injury.”

Many were confused by the fact that the Lions were not required to run a point-after try after taking a 29-27 lead with no time left on Sunday. Some suggested the officials erred by not running one more play. According to the league, it was handled properly. The provision comes...
NFL・1 DAY AGO
The Independent

Australia head coach Justin Langer admits he still has “nightmares” about Ben Stokes’ Headingley heroics in 2019, but is glad to see him back for another crack at the Ashes.The all-rounder produced the performance of a lifetime when the sides faced each other on English soil two-and-a-half years ago, turning the tide of the Leeds Test with a superb bowling display then winning it with an unforgettable 135 not out.England fans will never forget his monumental efforts in that match and it seems like Langer, who was captured furiously kicking a waste bin to the floor during Stokes’ knock during...
SPORTS・2 DAYS AGO
albuquerqueexpress.com

Durham [UK], November 24 (ANI): According to a study, professional rugby players are more likely to show signs of poor mental health, such as depression and anxiety compared to amateur ones and non-contact athletes. The research has been published in the journal 'Sports Medicine'. The retired elite rugby players in...
MENTAL HEALTH・12 DAYS AGO
rugbyworld.com

Retired players who had concussion more likely to have depression, according to study

(Reuters) – Bangladesh all-rounder Mahmudullah has announced his retirement from test cricket at the age of 35 but will continue to play one-day internationals and Twenty20s, the country’s cricket board (BCB) said in a statement on Wednesday. Mahmudullah’s last test was against Zimbabwe in Harare in July, where he scored...
WORLD・12 DAYS AGO
dallassun.com

Melbourne [Australia], November 26 (ANI): Cricket Australia Chief Executive Officer (CEO) Nick Hockley said the governing body is committed to supporting former skipper Tim Paine following his announcement of stepping away from cricket for a period of time. Paine has taken a "leave of absence from all forms of cricket"...
SPORTS・10 DAYS AGO
AFP

England and Australia begin the latest edition of the Ashes at Brisbane on Wednesday with the visitors looking to wrestle back the urn. AFP Sport looks at five of the most memorable series between cricket's oldest enemies, a rivalry which stretches back to 1882: Australia retained the urn as holders despite the series being drawn for the first time since 1972, with Steve Smith grabbing headlines on his return from a ball-tampering ban by excelling in the face of taunting English crowds.
SPORTS・2 DAYS AGO
punditarena.com

Rob Kearney to retire from professional rugby this weekend

Former Ireland international Rob Kearney has confirmed that he is to retire from professional rugby this weekend after the Barbarians game against Samoa. Kearney had been coy on his future in recent months following a spell in Australia, but he has opted to call it quits aged 35. During his...
RUGBY・13 DAYS AGO

The Patriots designated linebacker Harvey Langi to return from injured reserve. The move opened his 21-day window for activation. Langi injured a medial collateral ligament in the victory over the Jets in Week 7. He has missed five games on injured reserve. In seven appearances this season, Langi has played...
NFL・4 DAYS AGO
The Independent

Yorkshire have confirmed the interim appointment of Darren Gough as the county’s new managing director of cricket. The former England paceman is initially in post until the end of the 2022 season, Yorkshire said. His appointment comes at a time of huge turbulence for the county. Their handling of Azeem...
SPORTS・14 HOURS AGO
San Diego Union-Tribune

Bamford marks return with late equalizer for Leeds in EPL

Patrick Bamford marked his first appearance in more than two months with an equalizer in the fifth minute of added time to earn Leeds a 2-2 draw at home to Brentford in the Premier League
SAN DIEGO, CA・1 DAY AGO
San Diego Union-Tribune

Chelsea won the Women's FA Cup on Sunday to clinch a domestic treble for the first time
SAN DIEGO, CA・1 DAY AGO

Shrewsbury and Plymouth have announced the death of their former player Marvin Morgan aged 38. Romelu Lukaku and Ashley Young were among the players to pay tribute to the Manchester-born striker. Chelsea forward Lukaku wrote on Instagram: “This is some s*** news man. RIP my brother you will be missed.”
BEAUTY & FASHION・9 HOURS AGO
The Independent

England open their Ashes campaign in Brisbane on Tuesday night knowing a strong start to the series will be vital.Australia have traditionally set the tone at the Gabba, unbeaten in Ashes Tests there since 1986 and going on to win all but one home series since.No team has won the Ashes having lost the first Test since England in the unforgettable 2005 series and here, the PA news agency takes a look at the importance of the opener.Recent recordSeven of the 11 series this century, and 13 of the last 19, have been won by the team winning the first...
SPORTS・8 HOURS AGO
The Independent

England captain Joe Root has some painful memories of touring Australia but is eager to “put the record straight” with a famous Ashes victory, starting this week in Brisbane.Two of the lowest moments of Root’s career have come Down Under, dropped from the Test team for the first and only time after struggling in the 2013/14 campaign and then fronting a chastening 4-0 defeat as skipper four years later.He ended that series hooked up to a drip in a Sydney hospital after being struck by a bout of viral gastroenteritis and was forced to pass his post-match duties to James...
SPORTS・2 HOURS AGO