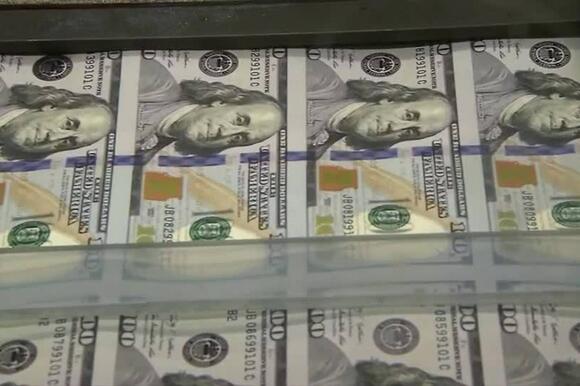 MEMPHIS, Tenn. — It’s a trend seen nationwide and in the Mid-South. People in minority communities are more likely to be targeted by scams, according to a new Federal Trade Commission report.

A spokesman with the Better Business Bureau of the Mid-South said minority communities are filing consumer complaints at a much higher rate than white communities, and the COVID pandemic is only making matters worse.

“Even sometimes when it seems too good to be true, people will think they’re already in this particular position, so why not try it?” Kenneth Lee of Memphis said.

Desperate times call for desperate measures. That’s why Lee believes more people are falling victim to scams during the pandemic.

“People are looking for a way out or away,” he said.

Daniel Irwin with the BBB of the Mid-South said since the beginning of the pandemic, there has been a huge uptick in scam reports, especially employment and fake loan scams.

He said these scammers usually go after people with low income and bad credit, and some are targeting minority groups.

“A lot of times, we will get a phone call from people that have been approached by a scammer specifically for loans, and part of the pitch is they’ve identified this loan specifically for people with bad credit or people in your zip code,” he said.

He said credit cards offer the most protection, but they can be hard to come by if you don’t have good credit.

“They have to use prepaid cards; they have to use other things like PayPal and cash app and some of the money services you might just not have the protections of,” Irwin said.

When it comes to money, Irwin said do your research and don’t make decisions right away.

Lee said the old saying ‘if it’s too good to be true, it probably is’ holds true.

“If you don’t have to earn it, if it’s too easy, pass up on it because whatever money you have, whatever situation you’re in, you’re about to go down a little further,” Lee said.

If you believe you’ve fallen victim to a scam, report it to the BBB or your local police department.

MEMPHIS, Tenn. — The Omicron variant is beginning to pop up all across the country. With Christmas just weeks away, some are considering canceling their plans. “I think you should get vaccinated and get treatment, but a virus is a virus. Things mutate and evolve,” said Brian Price.
MEMPHIS, TN・3 HOURS AGO
FOX 13 Memphis WHBQ

MEMPHIS, Tenn. — The makers of Pfizer’s COVID-19 vaccine said Omicron is changing how many doses they recommend for people. Pfizer said it is developing a specific vaccine for Omicron that could be ready by March. Pfizer and BioNTech said early Wednesday that three doses of their coronavirus...
MEMPHIS, TN・3 HOURS AGO
FOX 13 Memphis WHBQ

BIRMINGHAM, Ala. — (AP) — The Justice Department's decision to close its investigation of Emmett Till's slaying all but ended the possibility of new charges in the teen's death 66 years ago, yet agents are still probing as many as 20 other civil rights cold cases, including the police killings of 13 Black men in three Southern states decades ago.
BIRMINGHAM, AL・7 HOURS AGO
FOX 13 Memphis WHBQ

A former cadet who was expelled from the U.S. Coast Guard Academy after becoming a father filed a federal lawsuit Wednesday challenging the school's policy that prohibits students from being parents. Isaak Olson was two months from graduating from the academy in 2014 with a degree in mechanical engineering and...
FAMILY RELATIONSHIPS・6 HOURS AGO

CHATTANOOGA, Tenn. — A Tennessee judge isn’t laughing after being reprimanded by the State of Tennessee Board of Judicial Conduct. In a public reprimand, the board of judicial conduct chastised Chattanooga judge Gerald Webb for a series of Facebook posts he had made, seemingly providing legal advice. According...
TENNESSEE STATE・6 HOURS AGO
FOX 13 Memphis WHBQ

MEMPHIS, Tenn. — A man wanted for a mass shooting in a Mississippi town has been arrested, FOX13 has confirmed. Quenten Cortez Taylor, 21, was picked up by U.S. Marshals Wednesday morning in Memphis, officials said. TRVFTF tracked down and arrested Taylor at an apartment complex off Garden Grove Circle in Memphis.
MISSISSIPPI STATE・10 HOURS AGO
FOX 13 Memphis WHBQ

MEMPHIS, Tenn. — Dozens of potential teachers rushed to the Shelby County Schools job fair at Hickory Ridge Middle School. About 120 candidates spent Wednesday afternoon networking and interviewing. “I’m looking forward to getting back into the education industry because this is a part of who I am,” said...
SHELBY COUNTY, TN・28 MINUTES AGO
FOX 13 Memphis WHBQ

Toy-related injuries: What parents can do to prevent a trip to the hospital

MEMPHIS, Tenn. — Toys are on just about every child’s Christmas list, but some can be dangerous. More than 200,000 people suffer toy-related injuries every year, according to the U.S. Product Safety Commission. In 2019, kids under 14 made up 75 percent of emergency room visits for toy-related...
MEMPHIS, TN・4 HOURS AGO