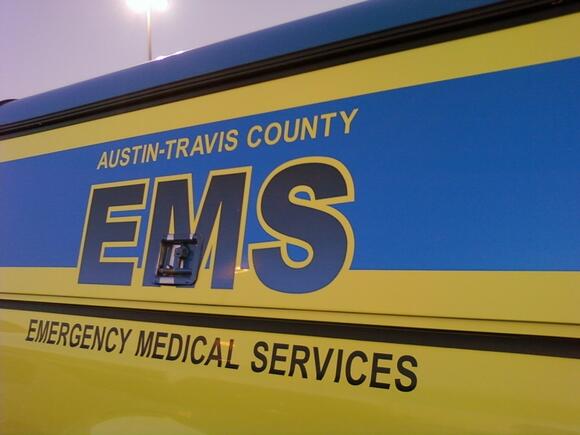 According to the Texas Department of Transportation, the crash, which involved an 18-wheeler, shut down FM 973 at Schmidt Lane . TxDOT is asking drivers to take different routes.

ATCEMS said one patient was pinned in their vehicle, but they have since been rescued and declared a trauma alert. They were taken by STAR Flight to the hospital with serious, potentially life-threatening injuries.

A second patient was taken to the hospital with potentially serious, non-life-threatening injuries. The third patient had minor injuries and refused EMS transport, ATCEMS said.

The Travis County Sheriff’s Office on Twitter wrote FM 973 will be closed for a few hours as the crash is investigated, and the roadway is cleared.

Man charged with intoxication manslaughter after 2 killed in Taylor crash

A man is being accused of driving under the influence after two people were killed in a crash involving a car and motorcycle in Taylor on Sunday evening.
TAYLOR, TX・3 HOURS AGO
KXAN

AUSTIN (KXAN) — Austin police are asking for the public’s help locating a man wanted in connection with an aggravated robbery on Nov. 22. The man was at the center of a SWAT situation in east Austin on Dec. 2. Austin Police Department has already arrested two other suspects but is still searching for 39-year-old […]
AUSTIN, TX・6 HOURS AGO
KXAN

According to Austin-Travis County EMS, it happened just before 5 a.m.
AUSTIN, TX・2 DAYS AGO
KXAN

As areas like Cedar Park, Leander and Liberty Hill grow more popular for people to move, traffic is increasing along a stretch of US 183.
AUSTIN, TX・2 HOURS AGO

Landon Nobles, 24 at the time, was shot and killed by APD officers Sgt. Richard Egal and Cor. Maxwell Johnson on May 7, 2017, after a crowd dispersed from in front of bars on East Sixth Street in downtown Austin.
AUSTIN, TX・8 HOURS AGO
KXAN

APD says Corinthus Wilson was last seen at 5:30 p.m. in the 4900 block of Tannehill Lane in Austin. He was driving a white 1996 Buick Regal with Texas license plate DBP 0169.
AUSTIN, TX・5 HOURS AGO
KXAN

A man died nearly two weeks after an SUV struck him in south Austin last month, according to the Austin Police Department.
AUSTIN, TX・3 DAYS AGO

A 20-year-old man was arrested at Akins High School after Austin ISD police said he brought a gun to the scene, believing that there was an active shooter at the school due to an earlier threat.
AUSTIN, TX・20 HOURS AGO
KXAN

Do you need to get your vehicle registration updated? Pack your patience

If you need to get your vehicle registration updated in the next few weeks you better start planning for it now.
TRAVIS COUNTY, TX・4 HOURS AGO
KXAN

Austin firefighters responded to a fire at the "I Can't Believe It's Yogurt!" shop off Anderson Lane on Dec. 6, 1991. But what began as a structure call quickly transpired into a quadruple homicide case, as the bodies of the four teenage girls were found in the building.
AUSTIN, TX・1 DAY AGO
KXAN

TRAVIS COUNTY (KXAN) — Hamilton Pool in western Travis County is one of the area’s most sought-after destinations for people looking to beat the heat during Central Texas summers, and county officials are trying to keep the land around it from developers. The county, using money approved by voters through a 2017 bond, bought seven […]
TRAVIS COUNTY, TX・9 HOURS AGO

A 14-year-old girl died after being hit by a car while crossing the highway in south Austin on Nov. 23, according to the Austin Police Department.
AUSTIN, TX・3 DAYS AGO
KXAN

West Nile virus has been detected in a mosquito trap in downtown Georgetown, according to health officials.
GEORGETOWN, TX・1 DAY AGO
KXAN

State of Texas: Lab ramps up efforts to track COVID variants in Texas

On Wednesday, the first omicron case was officially detected in the United States. While Texas awaits more information on the latest variant, its sequencing efforts are ramping up this month.
TEXAS STATE・1 DAY AGO
KXAN

Woman dies 2 months after being assaulted at memory care facility; no charges to be filed

The death of an elderly woman who died two months after being assaulted earlier this year is being ruled a homicide, but no charges will be filed in the case.
AUSTIN, TX・3 DAYS AGO
KXAN

Austin Police Department says at around 10:37 p.m., a man walked into the Mobil station at 4311 Springdale Road, displayed a semi-automatic style handgun at a cashier and demanded money.
AUSTIN, TX・2 DAYS AGO
KXAN

Ring in the holidays! Tree lit in front of Texas Capitol for season

The Downtown Austin Alliance kicked off 'December in Downtown' with a sing-along and tree lighting in front of the Texas State Capitol Saturday night.
TEXAS STATE・1 DAY AGO
KXAN

In a letter to parents, Leander ISD addressed an ongoing social media rumor that caused significant disruption of classes on Friday.
LEANDER, TX・1 DAY AGO
KXAN

A caller told 911 a man fitting his description inappropriately touched their 6-year-old daughter in the toy aisle of the Target at the Stone Hill Shopping Center, according to an arrest affidavit.
PFLUGERVILLE, TX・3 DAYS AGO