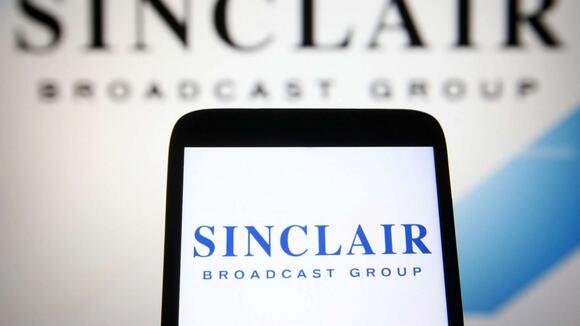 Sinclair Broadcast Group, which owns almost 300 stations across the country and provides local news services, was the victim of a ransomware attack over the weekend, the company announced in a Securities and Exchange Commission filing on Monday.

"On October 16, 2021, the Company identified and began to investigate and take steps to contain a potential security incident. On October 17, 2021, the Company identified that certain servers and workstations in its environment were encrypted with ransomware, and that certain office and operational networks were disrupted," the filing says. "Data also was taken from the Company's network. The Company is working to determine what information the data contained and will take other actions as appropriate based on its review."

The company warned that while the incident is actively being managed, "the event has caused – and may continue to cause – disruption to parts of the Company's business, including certain aspects of its provision of local advertisements by its local broadcast stations on behalf of its customers. The Company is working diligently to restore operations quickly and securely."

Sinclair Broadcast Group says it can't determine whether the event will have a material impact on business operations and that the investigation is ongoing.

It is not known who is behind the cyberattack or whether Sinclair Broadcast Group paid the ransom.

The company responded to ABC News with a statement similar to what was in the SEC filing, and the Cybersecurity and Infrastructure Security Agency referred ABC News to Sinclair.

MORE: Why ransomware cyberattacks are on the rise

Meat supplier JBS, which was the victim of a ransomware attack over Memorial Day weekend, paid $11 million in bitcoins to the hackers that penetrated their system, the company announced.

The FBI attributed the cyberattack to REvil and Sodinokibi, two criminal organizations thought to be based in Russia.

Colonial Pipeline, which transports approximately 45% of all fuel consumed on the East Coast, paid millions of dollars to the cybercriminal group DarkSide following a ransomware attack in May that led the pipeline to briefly shut down its operations, according to court documents. The Justice Department announced it successfully seized some of the cryptocurrency that Colonial paid to the hackers.

The Darkside criminal organization operates in Eastern Europe and Russian intelligence has been known to cooperate with Eastern European cybercriminals in the past.

Both the Director of the FBI Christopher Wray and Secretary of Homeland Security Alejandro Mayorkas touched on the cyber threat, including dark web efforts to hack and sell people's personal information, before a congressional panel in September.

Mayorkas noted that ransomware incidents were up in 2020.

Wray said the FBI was investigating over 100 incidents of ransomware.

"If a highly dedicated, sophisticated state actor wants to own you they will, but there are things that people can do to keep themselves safe," she explained.

The CISA director said over 90% of successful cyberattacks occur because of a phishing email and urged companies to prepare for disruption.

Mayorkas said it is difficult to locate and apprehend cybercriminals, but that DHS is "bringing additional and increasing resources to that effort."

US, Israel to combat ransomware attacks

The US Treasury Department has announced a partnership with Israel to combat ransomware, with the two countries launching a joint task force to address cybersecurity, according to Reuters. The task force will develop a memorandum of understanding supporting information sharing related to the financial sector, including cybersecurity regulations and threat...
PUBLIC SAFETY・14 DAYS AGO
news4sanantonio.com

How prepared is San Antonio for a ransomware attack?

SAN ANTONIO – This year, ransomware attacks triggered gas shortages on the East Coast and crippled a local school district. These attacks could hit your office, your school, even hospitals and government agencies. The Trouble Shooters are finding out how prepared San Antonio is for a cyber attack. “I think...
SAN ANTONIO, TX・14 DAYS AGO
WKRN News 2

How the Lawrence Co. 911 center hit by a ransomware attack, amid the COVID pandemic, handled the threat

In 2020, the Lawrence County 911 center was hit by a malicious ransomware attack. What happened? And how did the 911 team handle the cyber emergency? Andy Cordan went back to Lawrenceburg to talk with people who battled the threat head-on.
LAWRENCE COUNTY, TN・9 DAYS AGO
helpnetsecurity.com

Cymulate announced the results of a survey, revealing that despite the increase in the number of ransomware attacks this past year, overall victims suffered limited damage in both severity and duration. Research taken from nearly 900 enterprise professionals across 14 sectors worldwide highlighted that the majority of respondents undertook proactive...
PUBLIC SAFETY・9 DAYS AGO

Danish manufacturer Vestas is still investigating the cyber security attack that hit its IT systems on 19 November, but wind turbine and supply chain operations have been unaffected, the company said earlier today. Investigations revealed the company had been hit with a ransomware attack, which impacted its internal systems and...
PUBLIC SAFETY・3 DAYS AGO
mit.edu

Ransomware Attacks Are on the Rise. Should Companies Pay Up?

Lawmakers: How Common Are Ransomware Attacks?

Signs on a bank of computers tell visitors that the machines are not working at the public library in Wilmer, Texas, Aug. 22, 2019. (AP)
PUBLIC SAFETY・2 DAYS AGO
Healthcare IT News

Planned Parenthood Los Angeles began sending notification letters this week to patients whose information may have been affected by a cyber incident in October. According to the letter, which was posted on the California Office of Attorney General's data security breach website, PPLA identified suspicious activity on its computer network on October 17.
LOS ANGELES, CA・13 HOURS AGO

Ransomware attacks are on the rise. These are the industries most a risk

When it comes to cybersecurity, ransomware is one of the fastest-growing threats in recent history. Experts from Cybersecurity Ventures estimate that one attack will take place every 11 seconds in 2021. Antivirus software provider Emsisoft estimates costs connected to ransomware hacks stood at $7.5 billion for 2019 alone. Yaroslav Vasinskyi,...
PUBLIC SAFETY・6 DAYS AGO
TechRadar

Insurers are more scared of ransomware attacks than ever

Insurance companies have reportedly halved the coverage they provide to customers in the event of a ransomware attack. Quoting anonymous industry sources, Reuters says that the situation is so dire that Lloyd's of London, which controls around a fifth of the global cyber market, has discouraged its 100-odd syndicate members from taking on cyber business next year.
PUBLIC SAFETY・13 DAYS AGO
infosecurity-magazine.com

An APAC marine services multi-national appears to have become the latest victim of the prolific Clop ransomware gang. Swire Pacific Offshore (SPO) has provided crew and ships for specialized tasks such as anchor handling, platform supply and seismic surveys for over 45 years. However, its name recently appeared on the...
PUBLIC SAFETY・6 DAYS AGO
infosecurity-magazine.com

A mid-sized ransomware group known for targeting healthcare and education sector organizations has repeatedly rebranded over the past year to avoid scrutiny, according to Mandiant. The “54BB47h” (Sabbath) group first appeared on the radar in September when it advertised for affiliate partners, the threat intelligence firm said. Unusually for a...
2 DAYS AGO
securityintelligence.com

IBM Security X-Force Incident Response (IR) has responded to hundreds of ransomware incidents across every geography and industry. As we have taken time to analyze these incidents, a clear pattern has emerged. Although we observe dozens of ransomware groups in operation across the globe, many with multiple affiliate groups working under them, most ransomware actors tend to follow a similar attack flow and set of standard operating procedures. It is possible that ransomware actors are cross-training and sharing with each other their most effective techniques, which are becoming standard practices for many ransomware groups and affiliates. But whatever forces are bringing ransomware actors together, security defenders can use knowledge of these attacks to their advantage to better defend networks against ransomware attacks and catch attackers before they accomplish their final objectives.
COMPUTERS・2 DAYS AGO
inforisktoday.com

How to Stop a Potential Ransomware Attack Before it Happens

Backup and recovery can help you limit the impact of ransomware—at significant cost and effort—but it can’t prevent damage and disruption to your business. In this on-demand webinar, you’ll learn how you can get out in front of the ransomware threat to stop hackers from locking down your data in the first place.
TECHNOLOGY・2 DAYS AGO
Business Insider

Jena Griswold told The Washington Post that there was a concerted campaign to place Trump allies in roles overseeing elections.
COLORADO STATE・2 DAYS AGO
theeastcountygazette.com

Biden Government Now Coming After Millions of Retiree Benefits in the U.S.

Social Security will be one of the most significant references of revenue that you rely on in your next years. Gratitude to how the retirement bonuses plan is created, you don’t have to bother regarding these advantages going out and include them going up when expansion raises rates. But, you...
U.S. POLITICS・2 DAYS AGO
AOL Corp

Fox News correspondent-at-large Geraldo Rivera got worked up while discussing Aaron Rodgers on Tuesday’s Hannity. Fox News personalities Sean Hannity and Dan Bongino argued with Rivera about the backlash Rodgers has endured after lying about his vaccine status and thwarting NFL protocols. Rivera thought the backlash was appropriate and also pushed back against other people lying about their vaccination status.
NFL・22 DAYS AGO
Markets Insider

CEOs from Walmart and other major retailers just told Biden the supply-chain crisis is getting better. His antitrust watchdog doesn't believe them.

Biden planned a briefing on his Monday supply-chain summit with CEOs, but he canceled those remarks. The FTC hit them with information orders instead.
RETAIL・2 DAYS AGO
WashingtonExaminer

Fact check: Kyle Rittenhouse visited Mar-a-Lago, but not for a paid two-week vacation

The claim: Kyle Rittenhouse went to Mar-a-Lago for a 'two-week, all-expenses-paid vacation'. Immediately after the acquittal of Kyle Rittenhouse, who faced charges for killing two people and injuring another during a 2020 protest in Kenosha, Wisconsin, misinformation spread quickly on social media. Now, some online claim Rittenhouse is enjoying a sunny vacation away from the courtroom where he spent three weeks.
POLITICS・2 DAYS AGO