‘To All the Boys’ to Get TV Spinoff Starring Anna Cathcart 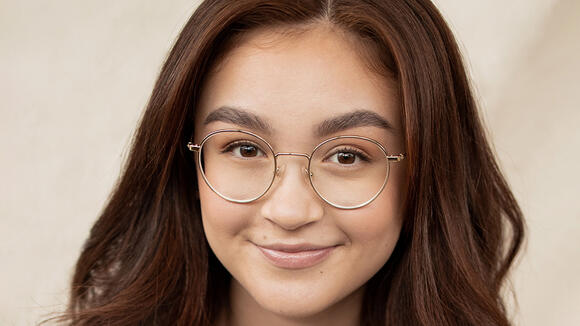 “To All the Boys I’ve Loved Before” is getting a TV show — Netflix’s first spinoff series from one of its original movies.

Per the logline, Kitty thinks she knows everything about love, but when she moves halfway across the world to reunite with her long-distance boyfriend, she soon realizes that relationships are a lot more complicated when it’s your own heart on the line. The pilot was co-written by Jenny Han , the author of the “To All the Boys I’ve Loved Before” book series, and Siobhan Vivian. The original story follows a high school student (Lara) whose life spins out of control when the secret love letters for every boy she’s ever loved — five in all — are mysteriously mailed out. Han also co-showruns “Xo, Kitty” with Sascha Rothchild, and executive produces with her and Matt Kaplan of ACE Entertainment. The half-hourlong, 10-episode series hails from the Awesomeness Studios.

Cathcart, a Canadian native, got her big break in the industry after her first TV audition when she was chosen to play Agent Olympia in the Emmy Award-winning PBS children’s series “Odd Squad.” The lead role earned her a Canadian Screen Award as well as a Daytime Emmy nomination. Post-“Odd Squad,” the 18-year-old has appeared in Disney’s “Descendants” film franchise, Disney Channel’s “Spin” and “Fast Layne,” ABC’s “Once Upon a Time,” Brat TV’s “Zoe Valentine,” and Disney Plus’ “Star Wars: Visions” anthology.

Cathcart is repped by A3, Performers Management and Hayes Robbins.

When “Nash Bridges” came to an end in 2001, series star Don Johnson felt like they “didn’t get a chance to finish the story.” The detective drama had been on the air for six seasons, but “political circumstances” between producer Paramount Network Television and network CBS kept it from getting renewed, the actor recalls. (Paramount decided the production cost was too high even though the series still had decent ratings for CBS.) Twenty years later, the show is still a success in syndication. As TV’s nostalgia boom has led to reboots and revivals of dozens of late-20th century titles, the door...
TV & VIDEOS・1 DAY AGO
Variety

With the arrival of Netflix’s long-anticipated live-action “Cowboy Bebop,” renewed interest in the original 1998 series has once again highlighted the growing cultural permeation of Japanese anime in the mainstream. While the popularity of anime in the U.S. is not entirely new — other classics like “Naruto,” “Sailor Moon” and...
COMICS・6 DAYS AGO
Variety

‘Red Notice’ on Track to Be Netflix’s All-Time No. 1 Movie in Initial Release

“Red Notice,” the art-heist thriller starring Dwayne Johnson, Gal Gadot and Ryan Reynolds, is set to become Netflix’s most-watched movie in its first 28 days of release. The film broke into Netflix’s Top 10 Most Popular English Films of all time this past week, registering 277.9 million hours viewed since its Nov. 12 release — and it has hit the No. 2 spot in just 10 days. That puts it on pace to surpass the current No. 1 holder, Sandra Bullock’s “Bird Box,” which scared up 282 million hours viewed in its first 28 days. In addition, for the second week in a row, “Red Notice” cracked Netflix’s Top 10 in all 94 countries.
MOVIES・5 DAYS AGO
The Independent

Lin-Manuel Miranda responds to criticism of his films: ‘It’s not cancellation, that’s having opinions’

Lin-Manuel Miranda has responded to criticism of In the Heights, saying that it was “fair” for other people to express their opinions.The Hamilton creator faced scrutiny earlier this year over claims that In the Heights – a musical film written by Miranda and set in New York’s Washington Heights district – had insufficiently represented the area’s Afro-Latinx population.Miranda apologised earlier this year, telling fans that he was sorry for the “hurt and frustration over colourism” in the film.Speaking to The New Yorker, Miranda addressed the controversy again.“Once something has success, you’re not the underdog trying to make it happen...
MOVIES・12 DAYS AGO

Tom Hanks has revealed the three of his films that he has enjoyed working on the most. Beforehand, the star defined his “favourite” selection as the films that he has had the best personal experience working on, rather than “the way the movies came out”, while appearing on The Bill Simmons Podcast.
MOVIES・17 DAYS AGO
The Hollywood Reporter

From Amazon’s remake of Utopia to CBS All Access’ adaptation of The Stand to FX on Hulu’s take on Y: The Last Man, audiences haven’t been eager to embrace the myriad TV projects focused on the aftermath of fictional global pandemics — shows that had the bad fate to be developed before, but released after, we experienced the real thing. Netflix’s Sweet Tooth at least did well enough to be renewed for a second season, and we’ll see what happens with HBO Max’s upcoming Station Eleven or the second installment of Nat Geo’s pandemic-of-the-year anthology The Hot Zone. AMC+’s Anna begins each...
TV SERIES・11 DAYS AGO
tvinsider.com

On November 5, more than two years after The CW ordered a prequel spinoff for The 100, news broke the project was officially dead. The proposed spinoff, glimpsed in the 100 backdoor-pilot episode “Anaconda,” would have rewound the action to the time of the nuclear apocalypse that started it all.
TV SERIES・14 DAYS AGO
TVOvermind

Big Hero 6 is Getting a Spinoff Show

This could be interesting, but so far there’s no sign of Hiro or anyone else other than Aunt Cass, who was originally voiced by Maya Rudolph. Instead, we get to see Baymax interacting with an elderly lady, Aunt Cass, and even the customers as he attempts to play the part of a barista. However it might go, the Baymax series will be headed to Disney+ in the summer of 2022 for the enjoyment of the fans. It’s not really surprising that this character would be embraced since much like many other Disney characters, Baymax managed to gain a lot of fans back in 2014 when the movie came out, and kids that were young at that point and have grown up a little at this point have remembered Baymax fondly and have been following the story since. From 2017 to the current year the show was still a popular program that people kept watching since the truth is that even as an adult, this an entertaining show. The initial story that involved Hiro, his brother, and the group of exceptional students that would comprise the superhero group was one that was built on tragedy, as is common among many Disney movies, but it could turn into something else that might lead into another movie.
TV SERIES・9 DAYS AGO

Adult Swim has dropped the first-look clip at the Aqua Teen Hunger Force spinoff series AquaDonk Side Pieces. Aqua Teen Hunger Force, which ran for 11 seasons on Adult Swim from 2000 to 2015, followed the surreal adventures and antics of three anthropomorphic fast-food items: Master Shake, Frylock, and Meatwad, who live together as roommates and frequently interact with their human next-door neighbor, Carl Brutananadilewski.
TV SERIES・13 DAYS AGO
Primetimer

Inventing Anna gets a Netflix premiere date and teaser

Filming has reportedly begun in Paris on the next season of the Omar Sy-led Netflix hit series “Lupin”. This will mark the third ‘part’ of the series following the first two which are now available on the service and follow a professional thief (Sy) seeking revenge against the man who framed his father. [Source: Twitter]
TV SERIES・6 DAYS AGO
Collider

The live-action adaptation of DC Comics property Dead Boy Detectives from HBO Max has finally found its main cast. According to Variety, the upcoming pilot will see George Rexstrew, Jayden Revri (The Lodge), and Kassius Nelson (Last Night in Soho) in the three lead roles. Rextrew will be making his...
TV SERIES・5 DAYS AGO

Created by Shonda Rhimes, Inventing Anna is the upcoming true-crime drama about Anna Sorokin, who, while pretending to be a German heiress named Anna Delvey, conned friends and New York elites out of thousands of dollars with the hope of launching a SoHo House-type lavish art club in various hot spots around the country. The series stars Julia Garner -- and ahead of its February 2022 debut, Netflix shared the first teaser and images of the Emmy-winning actress as the grifter at the height of her scheming and then behind bars after her plan fell apart.
TV SERIES・6 DAYS AGO
Variety

Data: How Crucial Marvel Properties Like ‘Hawkeye’ Are to Disney+

One of Disney+’s biggest advantages since launch has been its parent company’s ownership of Marvel, which has allowed the SVOD to launch ambitious, nine-figure superhero TV series that fellow streaming newbies like Peacock and Apple TV+ have lacked. The latest Disney+ Marvel series is “Hawkeye,” which debuted today and takes...
TV & VIDEOS・4 DAYS AGO
Variety

Kevin Hart Makes Bigger Leap Into Drama With Netflix Thriller ‘True Story’: ‘I Know I Can Do It Well’

Kevin Hart is tipping his toe into drama again with a starring role in the new Netflix thriller “True Story.”. The funnyman says his foray into less comedic territory is no joke. “I was so excited about doing this because I know I got it,” Hart said ahead of Wednesday’s...
MOVIES・4 DAYS AGO
Variety

‘Squid Game’ Cast and Creatives Talk Series’ Success, Character Arcs and if They Would Win the Game

Korean cinema has been a topic of conversation in the U.S., most notably after critically acclaimed films “Parasite” and “Minari” hit the West. Netflix’s “Squid Game” is no exception, with actor Park Hae-soo saying the films contributed to the show’s success. “I think the foundation of that is how Korean...
TV SERIES・6 DAYS AGO
Variety

“Shakespeare in Love” star Simon Callow has joined the cast of indie heist movie “The Pay Day,” Variety can reveal. Callow, who has also appeared in fare as varied as “The Witcher,” “Four Weddings and a Funeral” and “The Phantom of the Opera,” will play an “eccentric crime boss” in the caper. He was most recently seen in “Hawkeye” on Disney Plus as Armand III. Marking the feature film debut for Sam Bradford (“The Few”), the film tells the story of a down-on-her-luck IT technician played by Kyla Frye (“Edge of Tomorrow”) who is tapped by crime boss Callow to steal millions...
MOVIES・2 DAYS AGO