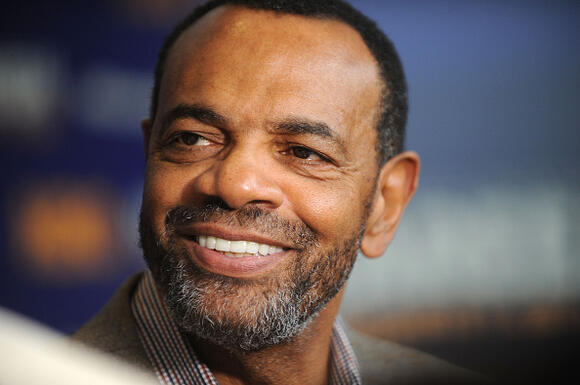 Hollins served twice as the head coach for the Grizzlies, making this a reunion of sorts for former coach and player who will now work together to build a successful team at LeMoyne-Owen College .

He will serve under head men’s coach and former Grizzlies player Bonzi Wells.

“I am very excited to have Coach Lionel Hollins joining our staff here at LeMoyne-Owen College. Coach Hollins‘ basketball experience and wisdom will play a pivotal part as we build a successful foundation for our men’s basketball program,” said Head Men’s Basketball Coach Bonzi Wells.

During his 10-year NBA career, Hollins played for five teams, averaging 11.6 points and 4.5 assists per game.

Hollins also coached the Brooklyn Nets and served as an assistant coach to teams such as the Los Angeles Lakers, Milwaukee Bucks, and Phoenix Suns.

Hollins has one son, Austin, who followed in his father’s footsteps to play basketball.

Williams, Perry and Hollins headline Class of 2022 for the Memphis Sports Hall of Fame

MEMPHIS, Tenn. – Former Tiger great and still the school’s all-time leading rusher, DeAngelo Williams along with former Grizzlies coach Lionel Hollins, headlining the 27-member, 2022 class for the Memphis Sports Hall of Fame. Williams ran for over 6000 yards and 55 touchdowns, also a Tiger record, before an 11-year NFL career with Carolina and […]
MEMPHIS, TN・3 DAYS AGO
WREG

MEMPHIS – Closing in on the start of basketball season and the Tigers full schedule is finally complete with the conference portion released on Wednesday. The Tigers will play home and home against eight of their ten conference opponents with solo games, at Tulsa and home to East Carolina. Some of the marquee conference games […]
MEMPHIS, TN・2 DAYS AGO
WREG

Birthday girl goes out with a bang, police say

MEMPHIS, Tenn. (WREG) — A 23-year-old woman told Memphis police she was “turning up for her birthday” when she fired two shots out of a moving car on a downtown street Monday, according to a police statement. Keirra Welch is charged with reckless endangerment, drug possession and possessing a handgun while under the influence. She […]
MEMPHIS, TN・4 DAYS AGO
thecomeback.com

Boston Celtics head coach Ime Udoka is suspended for the upcoming NBA season after an inappropriate and consensual sexual relationship with a female staffer who also accused him of making “unwanted comments” toward her. The news appeared to blindside Udoka’s fiancée Nia Long, as the actress posted a cryptic message on Instagram following the news, but it goes a little deeper than that.
BOSTON, MA・23 HOURS AGO

The Boston Celtics have been dominating the NBA news cycle for the last few days for all the wrong reasons due to the inexplicably problematic decisions of head coach Ime Udoka to pursue an intimate relationship with a team employee, the details of which remain murky. In an attempt to...
BOSTON, MA・31 MINUTES AGO
WREG

MEMPHIS, Tenn. — Another alleged victim of Cleotha Abston-Henderson is speaking out about what happened to her, and how the murder of Eliza Fletcher might’ve been prevented. Alicia Franklin blames Memphis Police for not following up on her 2021 rape case and, as we first told you Monday, is suing the department. WREG doesn’t normally […]
MEMPHIS, TN・2 DAYS AGO
WREG

MEMPHIS, Tenn. — A Mississippi woman is behind bars after she allegedly robbed a bank in Oxford. Oxford police say 60-year-old Karen Sue Bell of Water Valley, MS robbed the bank in the 1900 block of University Avenue on Tuesday. Bell got away with $2,051 in cash, according to police. Bell was located shortly after […]
OXFORD, MS・2 DAYS AGO
WREG

MEMPHIS, Tenn. —  A Memphis woman was arrested overnight after police say she set up a violent attack targeting her boyfriend. Tiffany Williams is now charged nearly two months after a shooting that left her boyfriend critically injured. Detectives say this all started at a house on Nelson Avenue, which Williams shared with her boyfriend. […]
MEMPHIS, TN・1 DAY AGO

MEMPHIS, Tenn. — A former car rental employee has been charged after he allegedly stole several vehicles from Enterprise last month. Police say between August 8 and 18, former Enterprise employee Cameron Sullivan took seven vehicles off the property at the Memphis International Airport without consent from the company. Vehicles were taken from the Alamo […]
MEMPHIS, TN・1 DAY AGO
WREG

Updated: The victim’s mother identified Ceazer as the shooter. MEMPHIS, Tenn. — A Memphis man has been charged with the murder of his ex-girlfriend a week after she was found dead outside her apartment building in South Memphis. Police said Ladarrin Ceazer, 29, shot and killed Kiara Cooper after she told him to leave the […]
MEMPHIS, TN・3 DAYS AGO
WREG

MEMPHIS, Tenn.– A two-vehicle crash at Walnut Grove and Perkins left two people dead and one person injured Tuesday night. According to police, the male driver of the first vehicle was transported to Regional One in critical condition. The victims in the second vehicle, later identified as 41-year-old Brandon Alvin Jones and 36-year-old Bridgett Murry, […]
MEMPHIS, TN・3 DAYS AGO
WREG

UPDATE, 10:30 a.m.: Keith Houston, the suspect in this case is in custody, TBI reports. He was located and arrested by Shelby County authorities. The Corvette has not been found. MEMPHIS, Tenn. — A Collierville Police officer was run over by a car and police are looking for a suspect early Saturday. Police set up […]
COLLIERVILLE, TN・6 HOURS AGO
WREG

MEMPHIS, Tenn.– A state representative is looking to get legislation passed making it easier to recall elected officials in light of ongoing issues at the Shelby County Clerk’s office. With the Shelby County clerk’s office closed for the second time in two months, emotions are spilling over for many across the community.  Seville Hollis is one of […]
SHELBY COUNTY, TN・1 DAY AGO

Morant named one of the NBA’s top 10 players

MEMPHIS – Coming off a year where Ja Morant was named second team All-NBA and the league’s Most Improved Player, all while leading the Grizzlies to the second best record in the NBA, more high praise for the prized Grizzlies point guard. With a new season set to start in just a matter of weeks, […]
MEMPHIS, TN・1 DAY AGO
WREG

COLLIERVILLE, Tenn.– For the second time in two months, a Memphis man was forced to file an insurance claim after someone vandalized his truck. James Martin said he had only been at Life Time Fitness in Collierville for a short time last Monday when a bold burglar broke into his Silverado pickup truck and ripped […]
COLLIERVILLE, TN・3 DAYS AGO
WREG

MEMPHIS, Tenn. – Over the years, the University of Memphis has developed a reputation for turning walk-ons into dynamic playmakers. Calvin Austin, now of the Pittsburgh Steelers, is just the latest example. Now, it seems like Ryan Silverfield and company may have found themselves another diamond in the rough in 6’5”, 255-pound Tight End Caden […]
MEMPHIS, TN・3 DAYS AGO
WREG