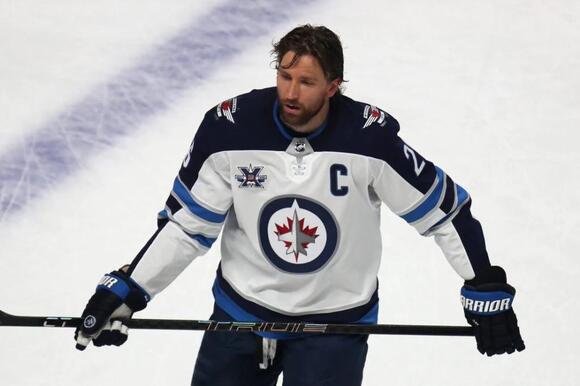 Jets coach Paul Maurice announced the news after Wheeler was absent from practice.

Wheeler, 35, has one assist in two games for Winnipeg, which visits the Minnesota Wild on Tuesday to complete a season-opening three-game road trip. 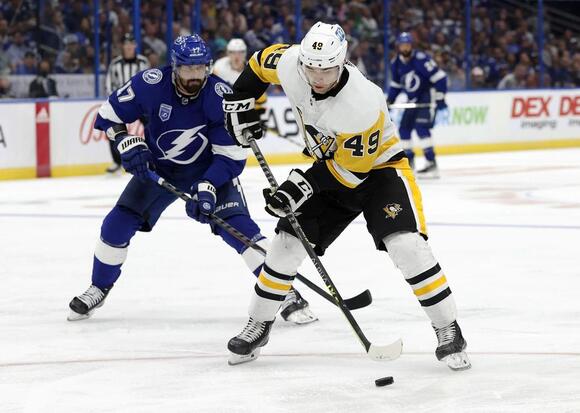 Wheeler has recorded 808 points (279 goals, 529 assists) in 983 career games since being selected by the then-Phoenix Coyotes with the fifth overall pick of the 2004 NHL Draft.

The Winnipeg Jets sure are something! Against the LA Kings, the Jets spent 3 periods not knowing what to do with themselves. Was the team there to play hockey, or take a nap? For about 55 minutes, it appeared to be “take a nap”. The Kings didn’t do much of anything on the puck, yet managed to defensively dominate Winnipeg for most of the game. LA converted on a nasty Grundstrom shot (that I would have hoped Helly could stop) and a Lemieux goal thanks to a baffling lack of defensive effort from Scheifele. Despite Winnipeg’s sleepwalker performance, a DeMelo short-handed goal turned the tide and forced both teams to overtime. Scheifele, attempting to atone for his poor regulation game, sniped a one-timer to grant Winnipeg both points. Well then!
NHL・14 DAYS AGO
Sportsnaut

Connor Hellebuyck made 33 saves and the Winnipeg Jets defeated the visiting Edmonton Oilers 5-2 on Tuesday night. The Jets
NHL・11 DAYS AGO
kingstonthisweek.com

You can see how one might get a bit conflicted about Winnipeg’s roster shakeup. This advertisement has not loaded yet, but your article continues below. Just venture back a couple of games to find a Jets team rolling four lines against St. Louis and steamrolling a Blues team that had no business eventually winning 3-2 in the shootout. Lottery loss aside, when you put together 68 shot attempts, 31 scoring chances and 19 high-danger shots, you’re going to win, and win a lot — especially when you can expose and toy with teams when it comes to the matchup.
NHL・12 DAYS AGO
arcticicehockey.com

The Winnipeg Jets are playing the Edmonton Oilers for the first game between the two teams (that matters) since the Jets swept the Oilers in the playoffs last season. The Oilers started the season red hot, but have since slipped back down to Earth. However, they should not be underestimated because they still have Connor McDavid and Leon Draisaitl who are a dangerous duo together or apart.
NHL・12 DAYS AGO

The Winnipeg Jets came into this month playing well. The Jets carried a 4-4-2 record and although the Jets are still at an early point in their season, the start of November was extremely important for the Jets. There was significance around the first seven games of November because all...
NHL・11 DAYS AGO
USA TODAY Sports Media Group

Connor McDavid has done it again. It being skating the puck through most of the other team and depositing it past a startled and dispirited goaltender at the end. You’ll recall when he embarrassed the New York Rangers earlier this year in such a way. What he did against the Winnipeg Jets on Thursday night — tying a game that the Oilers would go on to win in a shootout (McDavid would score there, too) — might have somehow been even better.
NHL・9 DAYS AGO
FanSided

The Winnipeg Jets‘ quick two-game road trip will come to a close tonight as the Jets head to Vancouver to take on the struggling Canucks. The opening puck drop for tonight’s game is scheduled for 9:00 p.m. central time. Last night, the Jets played their second game of a home-and-home...
NHL・9 DAYS AGO
NHL

WINNIPEG - Over the last five days, the Winnipeg Jets have begun their day in a different time zone four times. They closed out a home stand in the Central Time Zone, played games on back-to-back nights in the Mountain and Pacific Time zones, then flew back home to the Central on Saturday.
NHL・7 DAYS AGO

Winnipeg Jets vs Pittsburgh Penguins: Odds, Lineups, Where to Watch, +

The Winnipeg Jets are back at the Canada Life Centre after a brief two-game road trip as the Jets host the Pittsburgh Penguins tonight. The opening puck drop for tonight’s clash is scheduled for 7:30 p.m. central time. The road trip to Edmonton and Vancouver did not go so well...
NHL・6 DAYS AGO
FanSided

Winnipeg Jets Get Outplayed in 3rd Period; Lose to Penguins 3-1

The Winnipeg Jets were on home ice last night as they hosted the Pittsburgh Penguins at the Canada Life Centre. The Jets were coming into this game looking to bounce back after losing their prior two games, while the Penguins were looking to sweep their current three-game road trip. Winnipeg...
NHL・5 DAYS AGO
arcticicehockey.com

The Winnipeg Jets and Columbus Blue Jackets are playing each other for the first time since they traded young stars Patrik Laine and Pierre-Luc Dubois for each other. Laine is away from the Blue Jackets following the death of his father, but Dubois has been playing an unrecognizable brand of hockey for the Jets this year (in a good way).
NHL・4 DAYS AGO
FanSided

The Winnipeg Jets kick off a three-game road trip tonight as they head to the Nationwide arena to faceoff against the Columbus Blue Jackets. The open puck drop for tonight’s game is scheduled for 6:00 p.m. central time. Winnipeg is coming into this road trip on a three-game losing streak....
NHL・4 DAYS AGO

On November 26, 2021, the Minnesota Wild will play against the Winnipeg Jets at the Xcel Energy Center in Saint Paul.
NHL・2 DAYS AGO
Yardbarker

It seemed like a pretty comical moment towards the end of the New York Rangers 5-2 win over the Boston Bruins. Artemi Panarin and Bruins super-pest Brad Marchand were jawing at each other. The confrontation ended with Panarin throwing his glove at Marchand. ABC commentator, AJ Mleczko was in between the benches when the altercation took place. “I don’t mean to laugh,” she said. “It is heated and intense.”
NHL・1 DAY AGO
WEEI Sports Radio

Ottawa Senators captain Brady Tkachuk claimed Brendan Lemieux of the Los Angeles Kings bit him while they tangled during the third period of Saturday's game. "It was the most gutless thing somebody could ever do," Tkachuk told Bruce Garrioch of the Ottawa Sun after the game, a 4-2 Kings win. "I don't even know what he was thinking, he's just a complete brick head."
NHL・18 HOURS AGO
CBS Sports

For the third consecutive day, a Golden Knights forward entered the NHL’s COVID-19 protocol. Michael Amadio was unavailable Wednesday for the team’s optional practice at City National Arena because of the league protocol, the team said. Amadio joins William Carrier and Jonathan Marchessault in the COVID protocol, each of whom...
NHL・11 DAYS AGO