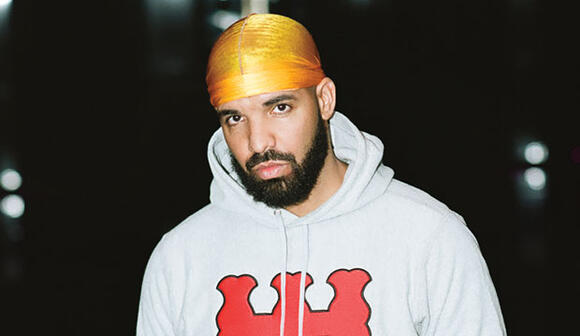 Drake is back on top after a relatively slow tracking week (October 8-14) on the Billboard 200 albums chart . His “ Certified Lover Boy ” was number-one during its first three weeks of release, then slipped down after YoungBoy Never Broke Again (“ Sincerely, Kentrell “) and Taylor Swift (her re-recorded “ Fearless “) took turns at the top. More on this week’s chart at Billboard.com .

“Certified Lover Boy” moved back up to first place despite dipping slightly in its equivalent album units, which are determined by combining traditional album sales, individual track sales, and streaming performance on online platforms like Spotify and Apple Music. Last week it achieved 110,000 units, and this week that’s down to 94,000, of which the vast majority (92,000) came from streaming, while only 1,000 were sales.

But that was more than enough to hold off this week’s number-two entry, a best-ever debut for rapper Don Toliver , whose “Life of a Don” achieved 68,000 units, including 49,000 from streams and, 18,000 from sales. That’s a big step up from his debut studio album “Heaven or Hell” which launched just last year at number-seven with 44,000 units.

The aforementioned YoungBoy’s “Sincerely, Kentrell” moves up a spot to number-three despite a week-to-week decline in album units from 71,000 to 51,000. That’s followed by Meek Mill ‘s “Expensive Pain,” down one spot to number-four with 46,000 units. Rounding out the top five is the ever-reliable Olivia Rodrigo ‘s “ Sour ,” up one slot from six place with 43,000 units, which is actually up slightly from last week despite being in its 21st week of release. Were you among those who were listening to these albums over the past week?

PREDICT the Billboard 200 now; change them until Thursday night

Be sure to make your predictions so that artists can see how they’re faring in our racetrack odds. You can keep changing your predictions until just before the next tracking week begins every Friday. You’ll compete to win a spot on our leaderboard and eternal bragging rights. See our contest rules and sound off with other fans in our music forum . Read more Gold Derby entertainment news .

Drake has become the first artist ever to have two albums spend 400 weeks each on the Billboard 200. Chart Data relayed the news on Twitter earlier this week (November 17). It was reported that the rapper’s two albums, 2011’s ‘Take Care’ and 2013’s ‘Nothing Was The Same’, achieved the milestone, with the latter album cementing it this week.
CELEBRITIES・9 DAYS AGO
hypebeast.com

Adele‘s 30 has captured the biggest album debut of 2021 in a span of only three days, breaking records set by Drake‘s Certified Lover Boy and Taylor Swift’s Red (Taylor’s Version). Early reports from MRC Data state that 30 earned over 660,000 equivalent album units in the United States between...
ENTERTAINMENT・5 DAYS AGO
mix929.com

This is her third No. 1 album.
CELEBRITIES・8 HOURS AGO

Rapper J. Cole continues to add accolades to his resume as three of Cole’s singles have been added to the RIAA’s certified platinum database. Two songs from the rapper’s most recent album, The Off-Season—”Pride is the Devil” featuring Lil Baby, and “My Life” featuring Morray and 21 Savage—achieved the milestone, as well as the KOD track, “Motiv8.” In addition, the Revenge of the Dreamers III single, “Middle Child,” is now certified 7x platinum, giving Cole over 20 platinum solo and collaborative singles to date. All four tracks were newly certified on the same day (Nov. 23). Although his latest full-length solo project...
MUSIC・10 HOURS AGO
buzzfeednews.com

The Grammys have denied that Taylor Swift and Kanye West were nominated at the last-minute because of their feud and "appeal" after it was reported that they were added to the list of potential winners the day before they were announced. Earlier this week, the Grammys unveiled the list of...
MUSIC・3 DAYS AGO
Variety

Dua Lipa’s “Levitating” was the most-played song and Ariana Grande the most-played artist on iHeartRadio’s stations in 2021, according to lists released Monday morning. iHeart, which is the world’s largest radio network, calculated that “Levitating” reached an audience of nearly 1.2 billion in the U.S. alone, while Grande reaced one of more than 2.6 billion. iHeartRadio tallied up the total audience spins (TAS) and streams across iHeartRadio stations nationwide and on the iHeartRadio app, capturing a snapshot of the top 10 most played songs and artists. Of course, the data is not for the entire year, which still has a month and...
MUSIC・13 HOURS AGO
BBC

Weeknd's Blinding Lights becomes Billboard's No. 1 song of all time

Blinding Lights by Canadian pop star The Weeknd has become the number one song of all time on Billboard's music charts. According to Billboard, Blinding Lights has now spent 90 weeks in the top 100 chart. The song ousted Chubby Checker's 1960s hit The Twist to clinch the top spot.
MUSIC・6 DAYS AGO

When Drake released Certified Lover Boy, the first place he went was Houston, Texas. Drizzy's H-Town connection runs deep and dates all the way back to the So Far Gone days. From "Houstatlantavegas" to his proclamation that "H-Town my second home like I"m James Harden," the Toronto rapper's love for Houston has always been apparent, and has always been reciprocated.
HOUSTON, TX・10 DAYS AGO
Billboard

Pop superstar Adele adds another genre to her Billboard chart résumé, as “Easy on Me,” with Chris Stapleton, enters the Country Airplay ranking (dated Nov. 27). The song starts at No. 25 with 5.4 million audience impressions, according to MRC Data. With the debut, Adele logs her first appearance on...
MUSIC・5 DAYS AGO
blavity.com

Tiffany Haddish probably shared a little too much about her grooming habits on social media this week, prompting an avalanche of questions from her fans after she asked if anyone else regularly waxed off all of the hair on their "lady parts" following a break-up. "Before I cut all the...
MUSIC・9 DAYS AGO
Glamour

American Music Awards 2021: The Best-Dressed Celebrities on the Red Carpet

The American Music Awards 2021 went down Sunday, November 21, and celebrities showed up and showed out on the red carpet. Everyone from Bachelorette Michelle Young to JoJo and AMAs host Cardi B arrived to the show in style. Bold colors, interesting cuts, a hat umbrella (we see you, Billy Porter): The American Music Awards 2021 red carpet was everything you’d want from a celebrity event and more.
BEAUTY & FASHION・7 DAYS AGO

Ariana Grande was engaged to Pete Davidson before tying the knot with husband Dalton Gomez, but she isn’t fazed by his new romance with Kim Kardashian. Ariana Grande, 28, is happier than ever, and seemingly hasn’t paid any mind to who her ex-fiance Pete Davidson is romancing. The 27-year-old Saturday Night Live comedian has been spotted on multiple romantic dates with Kim Kardashian, 41, however, the “Into You” singer is unfazed. “Pete and Ariana have both dated other people since they called off their engagement. Ariana is married now and happier than ever,” a source close to the chart-topper told HollywoodLife exclusively.
CELEBRITIES・24 DAYS AGO
hotnewhiphop.com

Twitter woke up this morning to see Teyana Taylor’s LA show trending on the Explore page, and for good reason. Last night, Teyana was onstage at The Novo for the LA stop on her “The Last Rose Petal… Farewell” tour, which she announced at the foot of September to be her last city-to-city run, before retiring from music completely. Fans, of course, were devastated by the news, but Teyana left LA with a series of memorable moments, leaving everything out on stage.
MUSIC・20 DAYS AGO
hotnewhiphop.com

Fat Joe and Ja Rule's Verzuz battle was one to remember, and one of the standout moments surprisingly didn't even involve the two rappers. Many can surely remember witnessing Nelly confidently walk across the stage to greet his ex-girlfriend Ashanti while Joe and Ja were performing, giving her a hug and seemingly whispering in her ear. During an interview with Angie Martinez, Ashanti finally revealed what she thought of the moment and whether she knew Nelly would be there too.
CELEBRITIES・13 DAYS AGO
Pitchfork

Chlöe, best known as Chloe Bailey of the sister duo Chloe x Halle—was among the performers tonight at the 2021 American Music Awards. She took the AMAs stage with a performance of her solo single “Have Mercy.” Watch it happen below. Chlöe previously performed the song on The Tonight Show...
CELEBRITIES・8 DAYS AGO
thesource.com

Diamond Qing is intentionally assertive in her debut project, Qing of Harlem. It was only under a year before she graced the scene with “Run It Up.” Now the New York native comes through with a 6-track EP as an introduction to her artistry. If you’re wondering why she spells...
MUSIC・28 DAYS AGO
Life and Style Weekly

Tiffany Haddish and Common (real name Lonnie Rashid Lynn) had a very low-key relationship for nearly two years, but the two have reportedly split. It appears the comedian, 41, and rapper, 49, have reportedly broken up, a source told People on November 29. The source said Tiffany and Common were “too busy” to have a “serious relationship.”
CELEBRITIES・8 HOURS AGO
TMZ.com

'Gorilla Glue Girl' is sticking it to us with more chatter about her hair fiasco -- only now, she's doing it with a beat, and she's recorded it ... notably without an assist from Nicki Minaj. Tessica Brown is releasing her very own track, remixing snippets from her original viral...
CELEBRITIES・11 DAYS AGO
Newsweek

Who Is Singer DaniLeigh And How Many Kids Does She And DaBaby Have?

DaniLeigh and DaBaby have been co-parenting, despite announcing their breakup on Instagram in February 2021.
CELEBRITIES・13 DAYS AGO