Amazon accused by House committee of misleading Congress, is given deadline to ‘correct the record’ 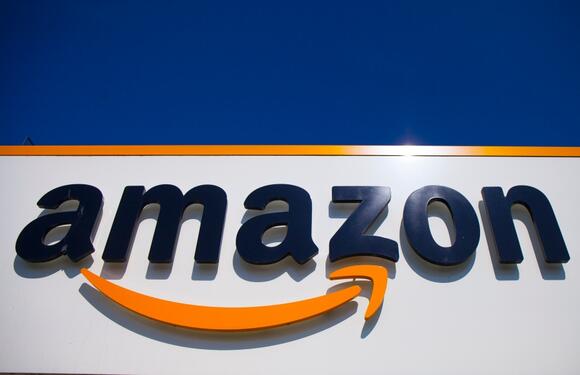 House lawmakers are threatening to seek a criminal investigation of Amazon, saying the tech giant has a “final chance” to correct its executives’ previous testimony on its competition practices.

The lawmakers sent a letter Monday to Amazon President and CEO Andy Jassy saying they were giving the company until Nov. 1 to “correct the record” and provide new documents and evidence. The missive marks an escalation in the bipartisan battle against Amazon by the House Judiciary Committee panel that has investigated the market dominance of Big Tech.

The letter says the antitrust subcommittee is considering referring the case to the Justice Department for criminal investigation. It accuses the world’s biggest online retailer of at least misleading Congress and possibly outright lying.

It cites recent media reports detailing Amazon’s alleged practice of undercutting the businesses that sell on its platform by making “knock-offs,” or very similar products, and boosting their presence on the site.

The reports directly contradict the sworn testimony of Amazon executives and other statements to Congress, the letter says. It was signed by Judiciary Committee Chairman Jerrold Nadler, D-N.Y., and the Democratic and Republican leaders of the antitrust panel.

“We strongly encourage you to make use of this opportunity to correct the record and provide the Committee with sworn, truthful and accurate responses to this request as we consider whether a referral of this matter to the Department of Justice for criminal investigation is appropriate,” the letter said.

Amazon denied that its executives had misled the panel in their testimony.

“Amazon and its executives did not mislead the committee, and we have denied and sought to correct the record on the inaccurate media articles in question,” the company said in a statement. “As we have previously stated, we have an internal policy, which goes beyond that of any other retailer’s policy that we’re aware of, that prohibits the use of individual seller data to develop Amazon private-label products.”’

Amazon said it investigates any allegations of violations of its policies and takes “appropriate action” when warranted.

“In addition, we design our search experience to feature the items customers will want to purchase, regardless of whether they are offered by Amazon or one of our selling partners,” the statement said.

Amazon’s third-party marketplace, with independent merchants listing millions of their products on the site, is a huge part of the company’s business. It has about 2 million sellers on its marketplace, and Amazon has said that more than half the goods sold on Amazon.com come from third-party sellers. It also makes money by charging third-party sellers fees, bringing in tens of billions in revenue.

Already in a May 2020 letter to Bezos, the subcommittee threatened a subpoena if Bezos didn’t agree voluntarily to appear before the panel.

The Wall Street Journal reported then that Amazon used sensitive, confidential information about sellers on its marketplace, their products and transactions to develop its own competing products. An Amazon executive denied such a practice in statements at a subcommittee hearing in July 2019 , saying the company has a formal policy against it.

The letter to Bezos said the statements by Amazon attorney Nate Sutton appeared to be misleading “and possibly criminally false” or constituting perjury.

Bezos testified on the issue in an appearance at a July 2020 hearing on Big Tech’s alleged monopolistic practices along with Facebook CEO Mark Zuckerberg, Apple CEO Tim Cook and Google CEO Sundar Pichai.

Addressing allegations that Amazon has used data generated by independent sellers on its platform to compete against them, Bezos at the time said it would be “unacceptable” if those claims were proven to be true.

The panel’s new letter to Jassy also cites the testimony by Sutton, who denied that the company used sellers’ data to compete with them or help create the company’s own private-brand products. Sutton said the site’s algorithms were “optimized to predict what customers want to buy regardless of the seller.”

One of the media reports cited in the letter quotes a former Amazon employee as saying: “I used to pull sellers’ data to look at what the best products were when I was there.”

The letter made clear that the committee believed the media reports and not the testimony of Amazon’s representatives. “Each of these investigative reports are inconsistent with the sworn testimony and numerous statements made by Amazon’s executives,” it said.

The District of Columbia sued Amazon in May in an antitrust action , accusing the company of anticompetitive practices in its treatment of sellers on its platform. The practices have raised prices for consumers and stifled innovation and choice in the online retail market, the lawsuit alleged.

The suit maintains that Amazon has fixed online retail prices through contract provisions that prevent merchants selling their products on Amazon.com from offering them at lower prices or on better terms on any other online platform, including their own websites. Amazon rejected the allegations.

President Joe Biden on Friday signed into law the stopgap spending bill that will keep the federal government running through Feb. 18, after congressional leaders defused a partisan standoff over federal vaccine mandates. The White House released a statement noting the bill signing and thanking congressional leaders for their work. Earlier in the day, Biden […]
CONGRESS & COURTS・2 DAYS AGO
KTLA

At least 160 San Diego police officers could face termination for not complying with the city’s COVID-19 vaccination mandate unless they abide by the rules within the next 30 days. City employees were required to show proof of vaccination or request a medical or religious exemption by Wednesday of this week. The City Council, in […]
SAN DIEGO, CA・13 HOURS AGO
KTLA

A woman was shot and killed in Florence on Sunday afternoon, according to the Los Angeles Police and Fire departments. The shooting was reported at about 4 p.m. in the 100 block of East 68th Street, according to Nicholas Prange of the LAFD. The 25-year-old victim, whose identity was not...
LOS ANGELES, CA・2 HOURS AGO
WashingtonExaminer

The House committee investigating the Jan. 6 Capitol riot agreed to delay its deposition of former Justice Department official Jeffrey Clark, whose attorney said he is dealing with a medical condition that prevented him from showing up this weekend.
CONGRESS & COURTS・2 DAYS AGO

Apparently the company has been “lobbying” politicians. Five members of Congress called for federal consumer-privacy legislation after a Reuters report published last Friday revealed how Amazon has led an under-the-radar campaign to gut privacy protections in 25 states while amassing a valuable trove of personal data on American consumers. Now,...
CONGRESS & COURTS・12 DAYS AGO
WashingtonExaminer

The so-called "Alternative Mueller Report” mentioned in a book by Andrew Weissmann, a top prosecutor for special counsel Robert Mueller’s Trump-Russia investigation, has been found, according to the Department of Justice.
CONGRESS & COURTS・3 DAYS AGO
The Associated Press

NEW YORK (AP) — As Donald Trump’s lawyers try to block the White House from releasing records to the congressional committee investigating the Jan. 6 Capitol insurrection, the former president faces a flurry of other investigations that could come to a head in the coming weeks and the new year.
NEW YORK CITY, NY・3 DAYS AGO

Jared Kushner has evidently failed to produce documents to lawmakers that they say "are known to exist" about a "Russian backdoor overture and dinner invite" and communications with a Belarusian-American businessman named Sergei Millian. It had not been reported that a "Russian backdoor overture" was discussed in emails that Kushner...
CONGRESS & COURTS・19 DAYS AGO
Business Insider

Tesla CEO Elon Musk took a jab at older lawmakers, tweeting that there should be an upper age limit for anyone planning to run for political office.
ECONOMY・1 DAY AGO
Joy 107.1

A local Republican "community leader" based in Idaho was blasted recently for a racist since-deleted Tweet complaining about a commercial showing a Black family enjoying the holidays. The Daily Beast reported Lisa Leisy lost it on social media after seeing an old Hershey commercial depicting a Black family reveling in the holiday spirit.
IDAHO STATE・11 HOURS AGO
CarBuzz.com

The Biden administration's Build Back Better Act includes a provision aimed specifically at some electric vehicles buyers. If that new EV is built in America by union workers, then customers can receive subsidies of up to $12,500. Automakers like Toyota, Hyundai, and Honda, all of whom have major manufacturing operations in the US, are not happy about the union-made provision because their factory workers are not unionized. And, as it turns out, they're not the only ones taking issue with the bill.
CARS・15 HOURS AGO

Four people were killed when a single-engine plane crashed in heavy fog minutes after takeoff from a small airport in central California, authorities said. Emergency crews responded shortly after 6:30 p.m. Saturday to reports of a crash in a field just west of Visalia Municipal Airport, according to the Tulare County Sheriff’s Office. Sheriff’s Sgt. […]
TULARE COUNTY, CA・13 HOURS AGO
KTLA

A Superior Court judge has denied a request by the Los Angeles Fire Department firefighters union seeking a preliminary injunction to delay enforcement of the city’s vaccine mandate. The ruling is “a victory for public health and safety in Los Angeles,” City Atty. Mike Feuer said in a statement. “The Court recognized the emergency we’re […]
LOS ANGELES, CA・14 HOURS AGO
Newsweek

More than 20 cases linked to the variant across 11 states have been reported in the U.S. as of Saturday morning.
NEW YORK CITY, NY・1 DAY AGO
Washington Times

New York announced three more cases of the omicron variant of the coronavirus Saturday, bringing the number of state cases linked to the new variant to eight. “The omicron variant is here, and as anticipated we are seeing the beginning of community spread,” state Health Commissioner Mary Bassett said in a news release. The number […]
PUBLIC HEALTH・14 HOURS AGO
KTLA

Beginning Monday, travelers heading to the U.S. will be required to show evidence of a negative test for the virus within one day of boarding their flight instead of three days prior. Also, Biden will extend the federal rule requiring passengers on planes, trains and buses to wear face masks through March 18. It was […]
LOS ANGELES, CA・14 HOURS AGO
KTLA.com

You could win tickets to see Maná at the Forum!

Maná returns to Los Angeles next year, and has sold out six shows at the Forum! Now, Maná – The Residency is adding two dates: July 15 & 16 at the Fabulous Forum in Inglewood. Tickets go on sale for these new dates on Friday, December 10 at 10:00 a.m. at Ticketmaster.com. Watch the KTLA 5 Weekend Morning News on Sunday, Dec. 5 at 7:00 a.m. or 9:00 a.m. for your chance to win two tickets to see Maná at the Forum live in concert on Friday, June 15, 2022. They’ve got new production, big surprises and all the hits. You don’t want to miss this. Prize furnished by Live Nation. Good luck!
LOS ANGELES, CA・21 HOURS AGO
KTLA

Matthew McGrath, a five-year resident of West Hollywood, spent two weeks in the hospital and underwent multiple surgeries after he was attacked in the early hours of Nov. 15. “I’ve always felt safe in this neighborhood,” McGrath said. McGrath was walking home along San Vicente Boulevard after a night out with friends at The Abbey […]
WEST HOLLYWOOD, CA・1 DAY AGO