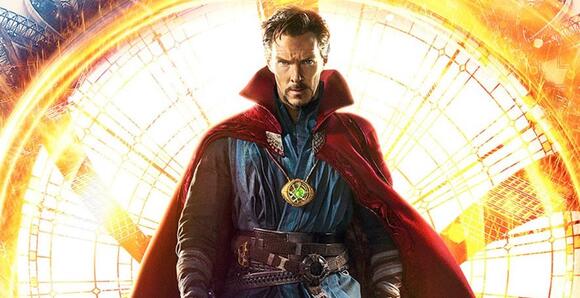 (NEXSTAR) — Disney on Monday announced major changes to its upcoming film release schedule for 2022, including the delay of several films.

Disney also announced that the untitled Indiana Jones film, which is currently in production, will be delayed nearly a full year from July 29, 2022, to June 30, 2023.

According to Deadline , the updated release dates are a result of impacts on production and not a change to the company’s “distribution strategy.”

For the latest news, weather, sports, and streaming video, head to WSPA 7News.

Marvel’s Eternals is already headed for Disney+. After an underwelming box office performance and harsh critical reviews Marvel’s Eternals is going to Disney+ in a few weeks. Disney has revealed that the release date for the film on Disney+ will be Wednesday, Jan. 12, 2022. Two months and a week...
MOVIES・11 DAYS AGO
Cleveland.com

COLUMBUS, Ohio -- Just as the United States was about to enter World War II, a new comic book superhero was introduced to the country. His name was Captain America. In addition to ushering in a new era of patriotic comics characters, he also introduced what would become the most successful comics publishing company in history, not to mention a massive movie franchise.
COLUMBUS, OH・14 DAYS AGO
epicstream.com

The Marvels Has Reportedly Wrapped Filming

One of the upcoming MCU Phase Four films is The Marvels, the sequel to 2019's Captain Marvel. Little is still known about the plot details, but the follow-up installment won't just follow Carol Danvers as it will also focus on Monica Rambeau (following the events of WandaVision) and Ms. Marvel (who will be introduced soon in her own show).
MOVIES・12 DAYS AGO
cosmicbook.news

More bad news for Disney Plus and Marvel as it is learned the woke Hawkeye series is a huge fail and is presently performing as the worst of the live-action MCU shows on the streaming service. Hawkeye, which stars Hailee Steinfeld as Kate Bishop who replaces Jeremy Renner's character in...
TV SERIES・9 DAYS AGO

This ain’t Ben Reilly’s first rodeo as Spider-Man, but he’s never had to deal with the death of the Sorcerer Supreme and what it does to New York City. Part of Strange’s will and testament was to ask Spidey to deal with particular problems… Is BEN up to it? Black Cat isn’t a big Ben fan, so is she riding shotgun because she owes Strange to keep an eye on Ben, or to sabotage Ben?!
COMICS・14 DAYS AGO
Mental_Floss

Earlier this November, news broke that the next Doctor Strange movie, Doctor Strange in the Multiverse of Madness, was undergoing “significant” reshoots that will last six weeks. Reshoots are pretty common in Hollywood, but that’s an especially long period, which had some fans wondering if there were problems on set.
MOVIES・8 DAYS AGO
SuperHeroHype

NEWS: A Sequel to Marvel’s ‘Shang-Chi’ is Officially in the Works

Cretton is also reportedly working on a new Marvel series for Disney+ and has signed a multi-year deal with Marvel Studios and Hulu’s Onyx collective that will enable him to work on additional TV projects in the future. No details have been released on the timeline for when we may...
TV & VIDEOS・2 DAYS AGO

Disney just announced a celebrity announcer for its wildly popular Candlelight Processional. Check out all the details here!. Disney’s Candlelight Processional is a time-honored tradition of the retelling of the Nativity Story. It features a celebrity narrator, 50-piece orchestra and a massive choir each year. Originally beginning at Disneyland in the 1950s, the processional has expanded to include Epcot. You can read more about its rich history HERE.
TRAVEL・7 DAYS AGO