'Elden Ring' for PlayStation, Xbox and PC delayed to February 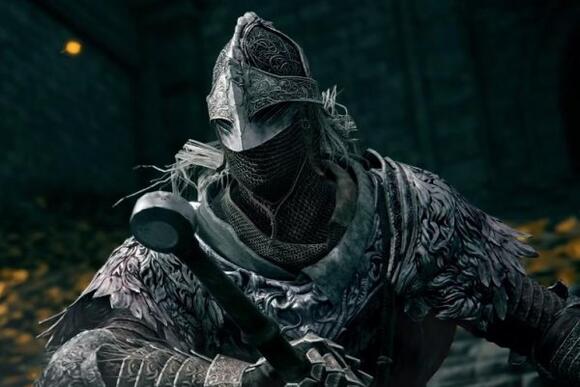 Oct. 18 (UPI) -- Elden Ring, an upcoming fantasy action-RPG from developer From Software who collaborated with George R.R. Martin on the project, has been delayed to Feb. 25.

"Elden Ring will release on Feb. 25, 2022 as the depth & strategic freedom of the game exceeded initial expectations. Thank you for your trust & patience. We look forward to seeing you experience the game in the Closed Network Test in Nov.," the official Twitter account for the title said.

The Closed Network Test is only for console players and will allow fans to try out the game and its online features from Nov. 12-14. Players who want to take part in the test must register on the game's official website before Nov. 1.

Elden Ring hails from From Software's Hidetaka Miyazaki (Dark Souls) who created the game's fantasy world with help from Martin (Game of Thrones). Players will journey across fantastical landscapes as they fight unrelenting monsters and mystical creatures.

From Software is best known for developing the Dark Souls series,

Developer Alien Pixel Studios is set to bring its hand-drawn Metroidvania, Unbound: Worlds Apart, to PS4, PS5, Xbox One and Xbox Series X|S, and now we have a confirmed release date. Specifically, the cutesy puzzle-platformer will be portal-jumping its way to PS4 and PS5 on Feb. 9, while the Xbox...
VIDEO GAMES・13 DAYS AGO
NME

Elden Ring players were able to find a way to breach the game’s out of bounds area but were stopped by a monstrous creature. FromSoftware released a closed network test last week for its much-anticipated RPG Elden Ring, and players have been using their time to not just fight several of the bosses featured in the demo, but also find ways to breach the game’s restricted areas.
VIDEO GAMES・14 DAYS AGO
GamesRadar+

Is Elden Ring a sequel to Dark Souls?

Is Elden Ring a sequel to Dark Souls? The question is a fair one when both seem pretty similar on the face of it, both being fantasy RPGs with bleak tones and a lot of shared mechanics and visuals. But what exactly is the link between Elden Ring and the older Dark Souls series? We'll explain how the two tie in together both in terms of story and gameplay below.
VIDEO GAMES・14 DAYS AGO
Newsweek

What Time Will 'Battlefield 2042' Release on Xbox, PlayStation and PC

The "Battlefield 2042" global launch is almost upon us, with the standard edition unlocking on November 19. Here is the specific time that it will be released.
VIDEO GAMES・14 DAYS AGO

During the (approximately) six hours I’ve spent in the Lands Between during the recent Elden Ring closed network test, my initially-high expectations were quickly met — and then surpassed with ease. The feeling I was left with after the trial period is one of genuine interest and intense anticipation to dive back in. It seems that not a single minute of the three full years FROM Software reserved to develop this vision went by in vain. I was also glad to see that George R.R. Martin’s contributions are present and impactful, his influence seen in some deep layers of lore, worthy of peeling off and revealing one by one.
RECIPES・14 DAYS AGO
CNET

Following a news report that Activision Blizzard CEO Bobby Kotick had previous knowledge of allegations of sexual misconduct at his company, the heads of PlayStation and Xbox each reportedly criticized the game publisher. Bloomberg reported that the platform chiefs sent emails to their employees, with Xbox boss Phil Spencer saying they're "evaluating all aspects of our relationship with Activision Blizzard."
VIDEO GAMES・14 DAYS AGO
windowscentral.com

Forza Horizon 5 is already discounted on Xbox and PC

Forza Horizon 5 is the year's highest rated Xbox game and one that rightly earns the term "masterpiece." It has been an enormously successful launch for Microsoft with over 10 million players already. And now, even though it only came out a couple of weeks ago, you can already snag it at a discount for Black Friday.
VIDEO GAMES・13 DAYS AGO
PC Gamer

If 2021 has a theme, in videogame terms it's probably "delays." We said months ago that 2022 is becoming "a monster year for PC gaming" because of all the 2021 games being pushed back, and the situation hasn't improved since then. Even the Steam Deck is delayed until February next year.
VIDEO GAMES・14 DAYS AGO

Gaming's most iconic inverted pie piece is getting another collection in the form of Pac-Man Museum+, bundling up 14 classic and modern games on PlayStation, Xbox, Switch, and PC. As that little '+' at the end of the title sort of suggests, this is an expanded release of the original...
VIDEO GAMES・13 DAYS AGO
Polygon

Activision’s leadership is facing criticism from its two biggest console partners, PlayStation and Xbox, over the company’s handling of a sexual harassment and discrimination scandal that has festered over the past five months. Bloomberg earlier reported that Jim Ryan, Sony’s chief executive for PlayStation, sent a note to employees referencing...
BUSINESS・13 DAYS AGO
realsport101.com

All Halo Infinite Multiplayer Achievements for Xbox and PC

Be warned, if you're planning on aiming for 100% completion for these Halo Infinite achievements, it's going to take some time! Many are still not known as no one has managed to complete them yet so we're splitting our list into those that are known and those that are still a secret.
VIDEO GAMES・12 DAYS AGO
IGN

Unbound: Worlds Apart, the dark fantasy platformer game, is heading to PlayStation 4 and PlayStation 5 on February 9, 2022 (digital), and on Xbox One and Xbox Series X/S on February 11, 2022 (digital). The physical release for PlayStation 4 and PlayStation 5 comes soon after the digital release. Watch the trailer for another look at the game set in a universe where all worlds are connected by portals. You control Soli, a gifted young mage who has the power to open portals and control the unique properties of each world - such as inverse gravity, time manipulation, super strength, and more. Unbound: Worlds Apart is also available now on PC and Nintendo Switch.
VIDEO GAMES・14 DAYS AGO
Ghacks Technology News

How to install Xbox PC games in any folder

1. When you have completed the above steps, open the Xbox app. 2. Click on your profile picture in the top right corner of the interface. If it shows a generic icon, you may not have signed in to your account. Sign in before proceeding to the next step. 3....
VIDEO GAMES・13 DAYS AGO
wccftech.com

Thymesia, the action role-playing game in development by OverBoarder Studio, is launching on PlayStation 5 and Xbox Series X and S alongside PC next year, publisher Team17 confirmed. The punishing action RPG by OverBoarder was originally meant to release on December 7th on Steam, but the development team announced that...
VIDEO GAMES・13 DAYS AGO
gamingbolt.com

Elden Ring – Our 10 Biggest Takeaways from the Closed Network Test

Calling Elden Ring a hotly anticipated game would be something of an understatment. FromSoftware’s upcoming action RPG might very well be one of the most anticipated games in recent memory, if not ever. Looking at what the fabled developer is concocting with its newest game, it’s easy to see why people are so excited about it. In fact, having spent several hours with the game thanks to its recent closed network test, we’re convinced that it’s going to live up to that anticipation, and then some. Here, we’re going to go over our biggest takeaways from the Elden Ring network test.
VIDEO GAMES・14 DAYS AGO
cgmagonline.com

Elden Ring: My Most Anticipated Game of the New Year

Don’t get me wrong, I’m a fan of open-world games as much as the next person—however, being a fan of Fromsoft titles, I was really worried about Elden Ring and its jump to an open world map. To me, the appeal of a good Soulsbourne/Sekiro style game is in its...
VIDEO GAMES・14 DAYS AGO
twistedvoxel.com

Bandai Namco has shared their sales expectations for Elden Ring during their recent fiscal results. They expect it to sell 4 million copies. Elden Ring is the latest new title from the creative mind of Hidetaka Miyazaki. It is a brand new open-world game by From Software that takes their experience with the Dark Souls series and attempts to blend it in a new direction. They also collaborated with Game of Thrones George R. R. Martin to create some of the lore for the game.
VIDEO GAMES・14 DAYS AGO
wccftech.com

It's no secret that Bandai Namco has great expectations for Elden Ring, but now we know exactly the sales target that the publisher has set for the upcoming game made by FromSoftware. Replying during a Q&A with investors earlier this month, the publisher said it expects 4 million unit sales...
VIDEO GAMES・12 DAYS AGO