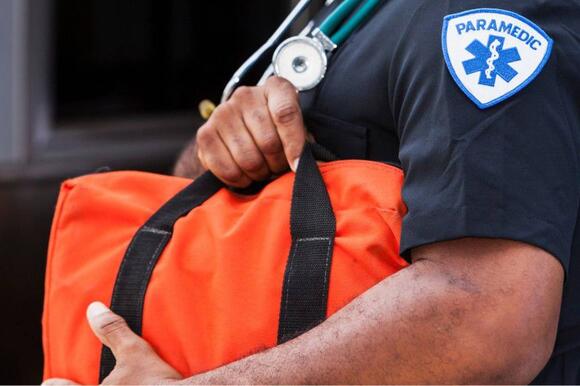 Police confirmed to the TV station that a woman and three men were shot during the incident and that two other women suffered minor injuries while trying to flee the shooting scene.

A spokesperson for the mall issued the following statement to WPVI-TV:

“We are saddened and angered by the unfortunate, isolated incident that happened in our shopping center today. This is a developing investigation, and we need to direct you to our partners at Lancaster PD and PA State Police. We are grateful for their swift action to contain the situation. Our highest priority right now is the well being of our guests and tenants.”

Original report: The Lancaster City Bureau of Police confirmed the shooting at the Park City Center in Lancaster, WTHM reported. Police said there were also multiple people in custody, the television station reported. The mall will remain closed until Monday, WHTM reported.

According to Lancaster County 911, dispatchers received a call at 2:26 p.m. EDT about an active shooter at Park City Center in Lancaster, WMPT reported.

Lancaster Online reported that multiple ambulances were sent to the mall for gunshot wounds and trampling injuries, according to a dispatch report.

At about 3:15 p.m. EDT, Lancaster police said a “police incident” happened, the Patriot-News of Harrisburg reported.

Lancaster Bureau of Police sent out an alert saying the mall was closed due to a police incident, WGAL reported. Police added there was no immediate threat or danger to the public.

Kevin Young, 68, of Lancaster, was shopping upstairs when he heard shots ring out through the mall.

“There were too many to count,” Young told Lancaster Online. “It was like a lot of firecrackers going off.”

“We are saddened and angered by the unfortunate, isolated incident that happened in our shopping center today,” Brookfield Properties, the owner of the mall, said in a statement to the Patriot-News. “We are grateful for [the police’s] swift action to contain the situation. Our highest priority right now is the well-being of our guests and tenants.”

One man apparently shot in parked vehicle in Beechview

BEECHVIEW — A man was shot in the 2500 block of West Liberty Avenue just before 2:45 a.m. on Dec. 5, police say. According to police, it appeared the shooter fired into a parked vehicle, hitting one of two people in the car before leaving the scene. The man who...
PITTSBURGH, PA・27 MINUTES AGO
WPXI Pittsburgh

Man assisting motorist on interstate dies after falling from overpass

HOPEWELL TWP, Pa. — Timothy Baclit, 41, was pronounced dead after he fell from an overpass on Interstate 376 when he stopped to assist a motorist, police said. The incident happened around 1:10 a.m. on Dec. 5 on I-376 westbound at Bryson Road in Hopewell Township. A car crashed into...
HOPEWELL TOWNSHIP, OH・49 MINUTES AGO
WPXI Pittsburgh

CASTLE SHANNON — Castle Shannon police are looking for a man in connection to a stabbing at a gas station on Mt. Lebanon Boulevard. Three employees working in the store Friday evening called in an assault to 911 at approximately 7:19 p.m. They explained to officers that there was an argument between a customer and an employee.
CASTLE SHANNON, PA・1 DAY AGO

Third party to probe Oxford High's actions ahead of shooting

BOULDER, Colo. — The man accused of killing 10 people in a mass shooting at a grocery store in Boulder, Colorado, in March was found “not competent to proceed” Friday for the second time in as many months. Prosecutors had requested a second competency exam for Ahmad Al Aliwi Alissa,...
COLORADO STATE・1 DAY AGO
WPXI Pittsburgh

HAZELWOOD, Pa. — A group of Hazelwood parents, youth and religious leaders claim their children’s rights are being violated on a regular basis at the hands of Pittsburgh Police. “They don’t wear their official police uniforms and stuff, they are in regular clothes in regular cars and they run around...
1 DAY AGO
WPXI Pittsburgh

Expert: School should have flagged behavior before shooting

PONTIAC, Mich. — (AP) — The warning signs were there: A search for gun ammunition on a cellphone, drawings of blood on a school desk and a written plea for help. But on Tuesday, roughly 30 miles (50 kilometers) north of Detroit at Oxford High School, the student in question was sent back to the classroom after a school meeting with his parents. Three hours later four students were shot to death and six other students and a teacher were wounded.
DETROIT, MI・1 DAY AGO

GREENSBURG — All but furgotten’ Humane officers say it’s one of the worst cases of animal neglect they’ve ever seen. The officers received several complaints about a farm on “monkey wrench road” in Hempfield Township. When officers got there tonight, they say they found the animals in bad shape. We’re...
WESTMORELAND COUNTY, PA・1 DAY AGO