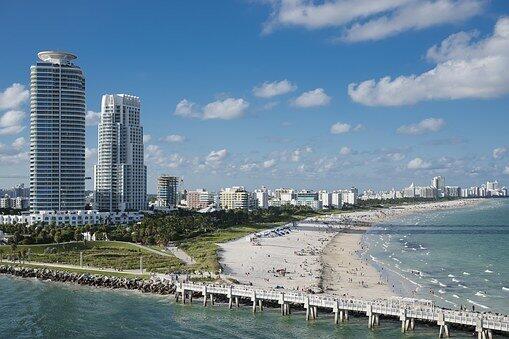 On June 4, 2021, the Florida Dept. of Health stopped telling the general public how many people were dying of COVID-19.

They knew, and had the data, but chose not to share it.

The department started weekly reports and directed anyone looking for data they weren’t providing to the CDC.

The CDC also relied on Florida though, and were unable to update their own data.

From June through mid-September the areas for number of deaths online through the CDC were blank.

At the end, the total death count for that time period was 4,437 residents.

“The issues Florida has had with data displayed by CDC has caused great confusion and allowed misinformation to perpetuate in our state,” Florida Department of Health spokesperson Weesam Khoury wrote in an email to the Tampa Bay Times.

In response to why they haven’t been releasing data like before, Khoury said the Dept. of Health is equipped to make decisions regarding data.

The end result turned into weekly reports released every Friday at 5 p.m. that was not as easy to understand as the prior COVID dashboard the state provided.

The decision to change how information was provided was made when the positivity rate fell below 5% early on, and vaccines were made widely available.

It is still unclear to residents in Florida exactly how many deaths are being reported, when, and where.

The Auburn Police Department is investigating a weekend shooting. Details were limited, but police said they were asking for the ...

What difference does a mask mandate or mandatory vaccines do when the Washington DEMONCRATS keep letting our borders open and 1000’s of people coming across without being tested or vaccinated.

61% of prison workers vaccinated, only 9% of unvaccinated are submitting weekly COVID test results

The state’s efforts to get public employees vaccinated against COVID-19 isn’t going very well in prisons. Fox5NY’s Morgan Mckay reported on Monday that only 61% of DOCCS staff is vaccinated. Furthermore, just 9% of unvaccinated staff are submitting weekly COVID test results. DOCCS says it will be taking action as...
PUBLIC HEALTH・15 HOURS AGO
FingerLakes1.com

Surprise stimulus checks worth up to $1,000 and more to be sent in 5 states before Christmas

Some residents of certain states may see a stimulus check worth up to $1,000 or more ahead of the holiday. Americans are calling on President Joe Biden for an additional stimulus check. While that has yet to happen, some states are stepping in to take care of residents. Over 400,000...
INCOME TAX・16 HOURS AGO
FingerLakes1.com

Medical researchers have their eye on a new COVID-19 variant. Dr. Emil Lesho with Rochester Regional Health says the Omicron variant has been reported in 13 countries and is likely in the United States. It was first detected in South Africa. Dr. Lesho says although omicron was first found in South Africa, that doesn’t mean it originated there.
PUBLIC HEALTH・16 HOURS AGO
FingerLakes1.com

Millions of Americans will see stimulus checks before the holiday, some as much as $3,000

Americans all over the country have voiced their concern with being able to afford things for the Christmas holiday. Many are asking for another stimulus check. Even after the fixings for a Thanksgiving dinner cost much more money due to inflation, there is no fourth federal stimulus check in sight.
BUSINESS・12 HOURS AGO

A Bath man has been charged with violating an order of protection. 29 year old Christian J. Tobias is accused of violating the order after having been convicted of a family offense within the last five years, making the new charge a felony. Tobias was sent to the Steuben County...
BATH, NY・16 HOURS AGO
FingerLakes1.com

The state Department of Motor Vehicles is cracking down on cheating. Earlier this fall it was reported that cheating was rampant among driver’s license permit test takers. A test by DMV workers found that over a four-day period, 464 out of over 1,500 people who passed the online test and came to get their physical permit had verification issues.
PUBLIC SAFETY・23 HOURS AGO
FingerLakes1.com

What are the side effects to the COVID-19 booster shot?

The CDC and FDA are both suggesting that any Americans eligible for their COVID-19 booster vaccine get it ahead of the holidays. Many people express nervousness over the side effects following the first two doses of the vaccine. There have been reports that there are some side effects with the...
PUBLIC HEALTH・1 DAY AGO