This Is The State Where The Most People Own Homes 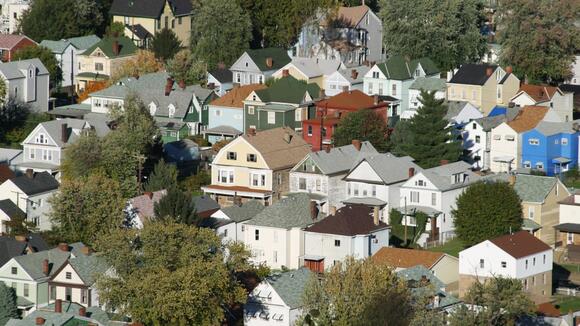 About 83 million people in America own homes, according to Pew Research . Viewed another way, that means that about two-thirds of households own their own homes. That is down from the long-term figure of about 70%. One of the current barriers to homeownership is price. The post-pandemic economic recovery has caused many people to move from large coastal cities, where the cost of living is high, to more "affordable" markets inland. In turn, home prices have soared in the markets, pricing out many buyers. If homeownership is part of the American dream, for many people the housing boom has made this harder to attain.

There is one historic benefit for people who want to buy homes. Mortgage rates are near all-time lows. This has helped to offset the jump in home prices.

The state with the highest homeownership rate is West Virginia. Here are the details:

Methodology: To determine the state with the highest homeownership, 24/7 Wall St. reviewed one-year data on housing from the U.S. Census Bureau’s 2019 American Community Survey. States were ranked based on the number of owner-occupied units as a share of all occupied housing units. Supplemental data on the median home value of owner-occupied homes, the percentage of housing units with a mortgage, median monthly housing costs for housing units with a mortgage, and median household income came from the 2019 ACS and are one-year estimates.

This City Has the Most Expensive Houses in America

Home prices in the United States have skyrocketed this year. According to the carefully followed S&P Corelogic Case-Shiller Index, which tracks U.S. home prices, the median price of a home nationwide rose 19.8% in August, compared with the same month last year. In Phoenix, San Diego, and Tampa, Florida, that figure was above 25%. And […]
SAN JOSE, CA・8 HOURS AGO
GOBankingRates

Finding space in your budget to save and invest isn't easy for everyone. In fact, a recent GOBankingRates survey found that 40% of Americans have less than $300 in savings. As such, plenty of...
ECONOMY・1 DAY AGO
MyChesCo

Massachusetts among safest states for elderly people in America, WalletHub says, with most spending on abuse prevention

Massachusetts was named the state with the second best elder-abuse protections in America, with specifically the most total expenditures on abuse prevention throughout the country. The new study, released by WalletHub, compared the 50 states and the District of Columbia based on 16 key indicators of elder-abuse protection in 3...
MASSACHUSETTS STATE・6 HOURS AGO

This Is the Country Where the Rich Are Taxed Most

A 24/7 Wall St. analysis reveals which country has the highest personal income tax rate in 2021.
INCOME TAX・7 HOURS AGO
SmartAsset

The Federal Reserve says that Generation X currently holds 41.5% of home mortgages in the second quarter of 2021, followed by baby boomers with 27.3% and then millennials with 26.7%. However, a new study from Realtor.com forecasts a generational shift with more … Continue reading → The post Can Millennials Take Over a Tough Housing Market in 2022? appeared first on SmartAsset Blog.
REAL ESTATE・6 HOURS AGO
24/7 Wall St.

A 24/7 Wall St. analysis reveals that debt increased the most during the COVID-19 pandemic in this county in Texas.
PUBLIC HEALTH・1 DAY AGO
Markets Insider

Fannie Mae and Freddie Mac are required by law to pay $1 million per home in some areas. Like everyone in this housing market, Uncle Sam is paying up.
REAL ESTATE・1 DAY AGO

No doubt about it -- the real estate market has been white hot in 2021. But if you didn't make a move this year, and you're thinking about buying or selling -- or both -- next year, you'll want to...
REAL ESTATE・3 DAYS AGO
KTEN.com

Metros sending the most people to Dallas

Stacker compiled a list of metros that are sending the most people to Dallas-Fort Worth-Arlington, TX Metro Area using data from the U.S. Census Bureau.
DALLAS, TX・3 DAYS AGO
24/7 Wall St.

This Retailer Is Hiring the Most People for the Holidays

Job consultancy Challenger Gray & Christmas expects retailers to add over 700,000 jobs for the holiday season. Nearly half of these jobs will be offered by two retailers that are hiring the most people for the holiday — Amazon and Walmart.  But retail holiday hiring is going to be challenging this year. Labor shortages and […]
RETAIL・8 DAYS AGO

From Millennials to the Silent Generation, Most People Want State Offered Retirement Programs

Saving for retirement has always been a challenge; however, that burden has been growing over recent years. Considering that if you're planning to retire on just Social Security and you're single, you...
ECONOMY・9 DAYS AGO
Markets Insider

Here are the states where the most Americans quit their jobs in September when a record 4.4 million walked out

The labor shortage is slowly fading, but states like Hawaii, Nevada, and Montana still have high rates of people walking off the job.
ECONOMY・13 DAYS AGO
money.com

After increasing for 14 straight months, home price growth finally slowed in September. The latest CoreLogic Case-Shiller Home Price Index released Tuesday shows home prices increased 19.5% between September 2020 and September 2021. That's down from a record 19.8% year-over-year increase in August. To be sure, even as there are...
BUSINESS・1 DAY AGO
MarketWatch

Affordability constraints in the still-competitive real-estate market are making it harder for first-time home buyers to lock in deals.
REAL ESTATE・9 HOURS AGO
24/7 Wall St.

COVID-19: Trenton-Princeton, NJ Metro Area Among the Safest in America

The U.S. reported over 511,000 new cases of coronavirus over the seven days ending November 30, bringing the total count to more than 47.9 million confirmed cases of COVID-19. There have been more than 773,000 COVID-19-related deaths — the highest death toll of any country. New cases continue to rise at a steady rate. In […]
PUBLIC HEALTH・12 HOURS AGO
Cleveland.com

A lot more of the dynamics seen in 2021 — but at a much less frenzied pace — is expected to be on tap for next year’s housing market. Redfin Corp. (NASDAQ: RDFN), Zillow Group Inc. (NASDAQ: ZG), Realtor.com and the National Association of Realtors, among others, have released their forecasts for the 2022 U.S. housing market, with similar themes, although some variations, among each source.
REAL ESTATE・1 DAY AGO
GOBankingRates

Home prices rose by nearly 20% over the last year, an astonishing rate of growth that was faster and more intense than even the run-up to the housing crash of 2008, according to Fortune -- and that...
REAL ESTATE・2 DAYS AGO