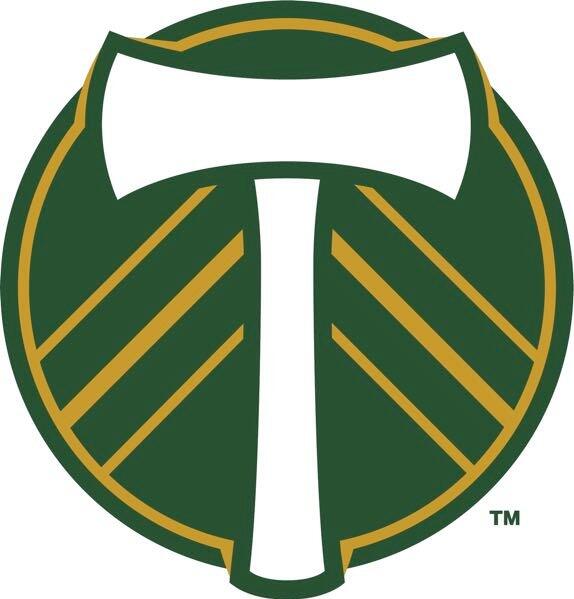 Scoring: Javier "Chicharito" Hernandez with a tap-in finish at the back post after a delivery from Victor Vazquez was whiffed on by Portland defender Larrys Mabiala (1-0 Galaxy, 62nd minute).

Sebastian Blanco's lofted ball from the left side of the 18-yard box floats over LA keeper Jonathan Bond and off the inside of the right post. Was it a shot or a cross? It was his fourth goal of the season (1-1, 2nd minute).

What it means: Portland saw its eight-match unbeaten run (7-0-1) end in a difficult way. With five matches remaining, the Timbers remain fourth in the Western Conference (14-11-4, 46 points), four points ahead of fifth-place Real Salt Lake. The Galaxy was winless in its previous nine matches and needed the win. LA (12-11-6, 42 points) sits sixth in the West. The top seven teams make the playoffs, with the top four guaranteed a home match.

Storylines: The goals came in the second half, but the difference in the match was a dominant first half from LA. Portland was stuck defending deep for much of the first 45 minutes.The fatigue from that tough half probably contributed to the errors that gifted the Galaxy two second-half goals.

Before the late PK, the Timbers looked the more likely team to steal a win. Blanco, who said his goal was a cross attempt that spun into the net, noted that he was lucky on that play but unlucky a few minutes later when a swerving shot from distance clanged off the post.

With Claudio Bravo unable to go because of a hamstring injury (coach Giovanni Savarese said Bravo might be able to go Wednesday against Vancouver) Van Rankin started at his usual right back position and Pablo Bonilla at left back. The late PK came after Van Rankin shifted to the right side as Zak McGraw entered the game and Portland went to five defenders.

Portland had less than 30% possession in the first half. The Timbers spent so much time working to defend that players were not moving without the ball when Portland did get possession, making it easy for the Galaxy to quickly win back the ball. The Timbers were much more proactive in the second half, and thrived by getting Blanco on the ball more, but the cumulative fatigue probably led to the simple mistakes on both Galaxy goals.

Jaroslaw Niezgoda made his first start of the season and went 65 minutes. Said Savarese: "I think today it was important for him to get a feel to continue to get confidence, to get minutes the way he did today, and now he's a very important option for us to have coming from the bench or starting some moments" or perhaps playing alongside Felipe Mora.

Santiago Moreno was influential in his minutes off the bench. "He was very good today," Savarese said. "He was good on the ball. He defended well. He brought in good energy. He was dynamic. He made some good choices. He was brave. Very good performance."

Added Blanco: "He's a great player. Of course, when you arrive to a new team, you need time to adapt. But we know him now. We believe in him. I'm glad to see him play more minutes. This guy, he's got pretty good talent. He's fast. He (good) one-v-one."

Steve Clark played a strong match and kept the Galaxy off the board in a busy first half by making six of his saves, perhaps the toughest on a low shot from distance that was deflected and forced him to change directions at the last moment.

PORTLAND, Ore. (AP) — Sebastian Blanco scored the go-ahead goal and adding an insurance score and the Portland Timbers eliminated Minnesota United from the MLS playoffs with a 3-1 opening-round victory Sunday. The fourth-seeded Timbers advanced to play the top-seeded Rapids in Colorado on Thanksgiving Day. “We feel relief. But...
MLS・14 DAYS AGO
FOX Sports

For the first time, the biggest game in American club soccer is headed to Soccer City, USA. The Portland Timbers will host New York City FC in the 26th MLS Cup on Saturday (3 p.m. ET, ABC/UniMas). The title match was set after the Timbers ended Real Salt Lake’s Cinderella playoff run and NYCFC topped the shorthanded Philadelphia Union in the semis over the weekend.
MLS・7 HOURS AGO
1460 ESPN Yakima

PORTLAND, Ore. (AP) — Sebastian Blanco scored the go-ahead goal and adding an insurance score and the Portland Timbers eliminated Minnesota United from the MLS playoffs with a 3-1 opening-round victory Sunday. The fourth-seeded Timbers advanced to play the top-seeded Rapids in Colorado on Thanksgiving Day. Minnesota goalkeeper Tyler Miller was held out of the match after testing positive for COVID-19. He announced his test results on Twitter just before kickoff. Larrys Mabiala also scored for Portland. Franco Fragapane opened the scoring for Minnesota.
MLS・14 DAYS AGO
San Diego Union-Tribune

PORTLAND, Ore. (KPTV) – The Portland Timbers will host the Western Conference final against Real Salt Lake. The league announced on Sunday the teams will battle it out on December 4 at 3:30 p.m. on FS1. The Timbers advanced to the final after beating the Colorado Rapids (No. 1 seed)...
MLS・7 DAYS AGO
timbers.com

A brief history of the Portland Timbers in the conference finals

BEAVERTON, Ore. — The Portland Timbers have been to four conference title games in the club’s Major League Soccer era, but the history of games like the one Providence Park will see on Saturday, when Real Salt Lake visits Goose Hollow with an MLS Cup final spot on the line, dates back to Timbers’ first-ever season. In 1975, Portland defeated the St. Louis Stars, 1-0, at what was then called Civic Stadium. In year one, the Timbers were off to the Soccer Bowl.
MLS・5 DAYS AGO
Portland Tribune

Timbers win Western Conference Final 2-0 versus RSL with regal ease and dignity It's not supposed to be this easy. The Portland Timbers rolled over Real Salt Lake 2-0 Saturday, Dec. 4, and will play in the MLS Cup Final at home on Dec. 11. Despite missing two key strikers, the Timbers controlled the game throughout. From the fifth minute -- when Felipe Mora, the Timbers' top scorer this season, shocked Mexico Under-23 goalkeeper David Ochoa with a rapid side foot into the corner -- the Timbers rarely looked in danger of conceding a goal. The Timbers Army unveiled...
MLS・2 DAYS AGO
Portland Tribune

Felipe Mora's early goal set the tone for a match the Timbers dominated to win the West. Soccer City USA will be MLS Cup Final City this week. Felipe Mora and Santiago Moreno scored goals and the Portland Timbers beat Real Salt Lake 2-0 at hopping Providence Park on Saturday, earning the Timbers their third MLS Western Conference championship in the club's 11 seasons. They will play on their home field at noon Saturday, Dec. 11 for a chance to win their second MLS Cup championship. Either Philadelphia or New York City FC, who play on Sunday, will be in Portland...
MLS・2 DAYS AGO

Winterhawks rally, but fall in overtime

Portland outshoots Victoria 52-18, but Victoria converts in extra period for 5-4 win at Veterans Memorial Coliseum.Portland's up and down homestand continued Saturday at Veterans Memorial Coliseum. The Winterhawks outshot visiting Victoria 52-18, but the Royals scored in overtime to win 5-4. Portland is 3-2-2 on its 11-game homestand. Portland (8-10-3-1) registered a number of chances in the extra frame, but Bailey Peach scored his second goal of the night at 2:15 of overtime for Victoria (6-11-3-0). James Stefan scored in the first period and Aidan Litke in the second as Portland led 2-0. But, Victoria scored four unanswered goals,...
2 DAYS AGO
RSL Soapbox

And thus ends an interesting playoff run. I just got home from Providence Park (known locally as Pee Pee, I think) and it was, at least, a fun day in Portland with the family. Portlanders cheered us and jeered us, but it was all good-natured and non-threatening. We were welcomed by Timbers fans and some dude sang a song at me about how SLC’s beer is weak. We sat deep in enemy territory. It was quite awkward, but never scary. So cheers to you, Portland Timbers, for welcoming us to your Pee Pee and hosting my family well and respectfully.
MLS・1 DAY AGO
Portland Tribune

Boston, led by Portland native Ime Udoka, dominates in the first quarter and never looks back at Moda Center.Suddenly, the Trail Blazers are playing poorly at home, just as they have done on the road. Boston, which brought some Portland-area sports legends with them, dominated the first quarter and then blew out the Trail Blazers 145-117 Saturday at Moda Center. The Blazers (11-13) played again without Damian Lillard (abdomen) and Anfernee Simons (ankle) also missed the game. Boston is coached by Ime Udoka, a former Jefferson High and Portland State player, and two assistants are former Portland prep standouts: Damon...
NBA・2 DAYS AGO
Lake Oswego Review

SCORESHEET: Daily assorted news, including Seattle Kraken results and college notes.SATURDAY, DEC. 4 College men's soccer — Oregon State's season ended Saturday with a loss to Clemson in the quarterfinals of the NCAA Division I Tournament. The Tigers prevailed 4-3 in the penalty-kick tiebreaker after the teams battled to a 1-1 draw. Oregon State (14-2-4) took a 1-0 lead in the 29th minute when Sofiane Djeffal scored from a Tsiki Ntsabeleng corner kick. The score stayed 1-0 until Clemson converted a penalty kick with 5:41 remaining in regulation. Clemson made all four of its penalties, Oregon State missed two of...
2 DAYS AGO

Union without 11 players for MLS East final against NYCFC

The Philadelphia Union will be without 11 players on Sunday when the team plays NYCFC in the MLS Eastern Conference finals because of COVID-19 health and safety protocols
MLS・1 DAY AGO
timbers.com

PORTLAND, Ore. – The Portland Timbers are set to host the 2021 MLS Cup against New York City FC on Saturday, Dec. 11 at 12 p.m. (Pacific). The match will feature a national broadcast on ABC and UniMás. The Timbers captured the Western Conference Championship and advanced to MLS Cup...
MLS・1 DAY AGO
Columbia County Spotlight

Under the direction of Nicole Waite, St. Helens cheerleaders are prepping for basketball season.With prep basketball underway at St. Helens High School, it's time for the Lions' cheerleading squad to show its talents. Coming off COVID-shortened football and basketball seasons, the cheerleaders, under the direction of coach Nicole Waite, are looking forward to more of a normal season. Currently, Waite has 11 members on her cheer squad, having started out with seven at tryouts. Waite, who was re-hired as the cheerleading coach at St Helens High School this past spring, has always had an interest in cheerleading....
SAINT HELENS, OR・16 HOURS AGO
Portland Tribune

Gresham Gophers shake up their style of play as Bruins try to take the top spot. The 2021/22 Mt. Hood Conference girls basketball is shaping up to be another competitive season. Here are some league games fans should be on the lookout for in the coming season. Barlow High School...
GRESHAM, OR・16 HOURS AGO
Sherwood Gazette

Falcons' Hiro Diamond earns Offensive Player of the Year, Berger and Hodney Co-Offensive Lineman of the Year.The Sherwood Bowmen football team lost four straight games to start the year. What did they do beyond that? Won seven straight, a league title, and two state playoff games before losing to eventual state champion Central Catholic in the quarterfinals. "We found out a lot about ourselves since those first four games," Sherwood head coach Kevin Hastin said following their regular season finale. "We had a tough schedule and some tough injuries, but we fought through and just stayed positive." It was that...
SHERWOOD, OR・16 HOURS AGO
Sportsnaut

Christian Pulisic and Weston McKennie head the list of nominees for 2021 United States Soccer Male Player of the Year,
MLS・3 HOURS AGO