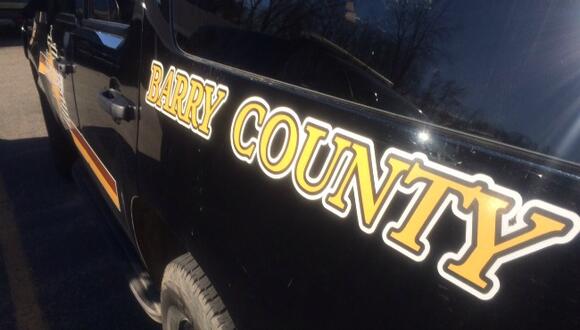 ORANGVILLE TOWNSHIP, Mich. (WOOD) — A motorcyclist has injuries that are considered life-threatening after a crash near Martin Saturday.

It happened around 7:30 p.m. on 9 Mile Road near Marsh Road in Orangeville Township.

The motorcyclist, a 28-year-old man from Portage, was driving eastbound when he lost control and went off the roadway, the Barry County Sheriff’s Office said in a release. He was ejected and hit a tree, officials say.

He was unresponsive when first responders arrived. Officials say CPR was performed and he was then air lifted to a local hospital with injuries that are considered life-threatening.

Deputies say the driver was not wearing a helmet and alcohol appears to be a factor.

The crash remains under investigation.

MSP: Driver may have intentionally set stolen vehicle on fire on US-131

Police say a driver may have intentionally started a fire in a stolen vehicle on US-131 in Byron Township Friday.
KENT COUNTY, MI・5 HOURS AGO
WOOD TV8

One person was killed and several others hospitalized following a crash on the highway near New Buffalo on Thanksgiving.
NEW BUFFALO, MI・13 HOURS AGO
WOOD TV8

A Kalamazoo resident was arrested Thursday after a police chase involving a stolen car, officials say.
KALAMAZOO, MI・23 HOURS AGO

1 dead after shots fired during fight at Battle Creek bar

A man was killed when shots rang out during a fight at a bar in downtown Battle Creek early on Thanksgiving.
BATTLE CREEK, MI・1 DAY AGO
WOOD TV8

A worker was killed in an industrial accident at a Kentwood plant Wednesday morning.
KENTWOOD, MI・2 DAYS AGO
WOOD TV8

Kalamazoo man sentenced to serve time in prison for 2009 rape

A Kalamazoo man has been sentenced to serve more than two decades in prison for a rape he committed in 2009.
KALAMAZOO, MI・2 DAYS AGO
WOOD TV8

Prosecutors say a sixth person, a child, has died and more charges are pending.
WAUKESHA, WI・3 DAYS AGO