The latest game highlights and updates of MLS 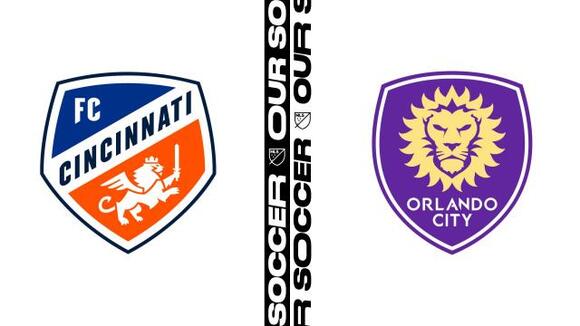 Nashville SC vs Orlando City preview: How to watch, team news, predicted lineups and ones to watch

Nashville SC host Orlando City in the first round of the 2021 MLS Cup Playoffs at Nissan Stadium. The Boys In Gold finished third in the Eastern Conference with 54 points while the Lions set club records for points in a single-season (51), wins (13), clean sheets (9) and home wins (8).
MLS・13 DAYS AGO
The Mane Land

Orlando City vs. Nashville SC: Player Grades and Man of the Match

Orlando City’s season came to an end in Nissan Stadium after a 3-1 loss on the road to Nashville SC in the MLS playoffs. Daryl Dike scored early on to give Orlando a lead, but Hany Mukhtar’s brace and a late goal from Jhonder Cadiz snuffed out Orlando’s postseason campaign.
MLS・14 DAYS AGO
MassLive.com

The 2021 MLS Playoffs head to Gillette Stadium this week -- and so can fans -- as the New England Revolution hosts New York City FC for the Eastern Conference Playoffs Semifinals. If you’re among the fans looking to head to the match as well, you’re in luck. Online ticket...
MLS・10 DAYS AGO
Cincinnati.com | The Enquirer

FC Cincinnati needs more Major League Soccer flavoring in several key areas, according to general manager Christ Albright. Albright on Tuesday provided an offseason update in a conversation with reporters that was broadcast on the team's website. He addressed wide-ranging topics, including the club's head-coaching search and individual players. A...
MLS・8 DAYS AGO

FOXBORO (CBS) — It has been a while since the New England Revolution set a new MLS regular season record with 73 points and claimed the franchise’s first Supporters’ Shield. Now it’s finally time to see what the top-seeded Revs can do in the playoffs. The Revolution were, for lack...
MLS・9 DAYS AGO
vavel.com

Thank you for following the coverage on VAVEL.COM. We hope you enjoyed our coverage of the New England Revolution and NYC FC MLS Play Offs. Continue to visit the VAVEL website to keep up to date with all the information throughout the day. 10:33 PM13 hours ago. IT'S OVER!. The...
MLS・8 DAYS AGO
fccincinnati.com

FC Cincinnati announced roster decisions for players on the 2021 squad today. There are 17 players already under contract with the club through 2022, and the club exercised one club option on defender Zico Bailey. FC Cincinnati declined the contract options of nine players, and three more saw their contracts expire.
MLS・7 DAYS AGO
thebentmusket.com

It’s finally time for the New England Revolution to get involved in the MLS Cup Playoffs. Over three weeks since the Revs ended their regular season and nearly two weeks into the postseason, the final Conference Semifinal is here as NYCFC, 2-0 winners against Atlanta United a week and a half ago, are in town trying to spoil the Revs’ Shield winning party.
MLS・8 DAYS AGO

The team that set the record for the best regular season in MLS history looks to continue their success into the playoffs, while the other tries to pull out a surprising upset, as the New England Revolution get set to host New York City FC in the final match of the Conference Semifinals.
MLS・8 DAYS AGO
Yardbarker

The 2016 MLS Cup Playoffs concluded with two teams -- Toronto FC and the Seattle Sounders -- duking it out in frigid conditions with a title on the line. The match produced no goals and hardly any chances until late in extra time, when Toronto's Jozy Altidore soared to head in a perfect cross, with only Seattle goalkeeper Stefan Frei in his way. Before we watch what became of that header, we've gotta look back at the history of these players and these franchises, all hunting their first MLS championship. Let's rewind. Written and produced by Seth Rosenthal Directed and edited by Ryan Simmons.
MLS・8 DAYS AGO
MassLive.com

It’s playoff soccer in Foxborough as the New England Revolution take on New York City FC Tuesday night in the Eastern Conference Finals of the 2021 MLS Playoffs. After a dominant regular season, the Revs are looking to make a big playoff push this year behind the likes of Adam Buska, Gustavo Bou and Carles Gil. They’ll be looking to take down a NYC FC club they went 1-2 against this regular season. However, New England did get the last laugh, winning 2-1 back in September.
MLS・8 DAYS AGO
fccincinnati.com

FC Cincinnati Academy to compete at MLS NEXT Fest in California

The FC Cincinnati Academy’s U15, U17 and U19 squads travel west for the inaugural MLS NEXT Fest, which will feature over 300 of the top youth teams across the United States and Canada competing in the MLS NEXT Fest Showcase and Generation adidas Cup Qualifiers, beginning Friday, December 3 at the SilverLakes Sports Complex in Norco, Calif.
MLS・5 DAYS AGO
phillysoccerpage.net

Philadelphia Union matches up against New York City FC at Subaru Park on Sunday, December 5. The two MLS teams will square off at 3:00 PM ET. New York City FC currently has 55 points, ranking eighth in the league. Philadelphia has 58 points, and is sixth overall. How to...
MLS・4 DAYS AGO
brotherlygame.com

There is plenty to be optimistic about as the Philadelphia Union prepare to host New York City FC in the Eastern Conference Final Sunday afternoon at Subaru Park. No Taty Castellanos for one, who took a second yellow on a studs up challenge against New England after scoring the go-ahead goal in extra time. Castellanos, the league’s golden boot winner and MVP candidate, had been a menace to the Union and nearly every opponent in 2021 and will be missed by New York, who are also making their first appearance in a conference final. Andre Blake proved that he is in peak form and more than capable of winning games. The Union keeper saved two penalties in the shootout against Nashville and willed two more over the bar. In 8 penalties against Blake this season, only 1 has beaten him.
MLS・4 DAYS AGO
Marietta Daily Journal

The matchup for the 2021 MLS Cup final is set. The Portland Timbers will play host to New York City FC with the league championship on the line next Saturday, Dec. 11. Kickoff is set for noon PT at Providence Park (TV on ABC). New York City beat the Philadelphia...
MLS・3 DAYS AGO
orlandocitysc.com

By Zico Bailey's own admission, his trade from the Los Angeles Galaxy to FC Cincinnati in December 2019 might have been a bit of a gamble by FCC at the time. "No one really knew me in 2019. I was kind of just like this random kid that FC Cincinnati picked up from the (Los Angeles) Galaxy," Bailey said. "I didn’t have too much expectation. It was just like, ‘if this guy’s good, then we look like geniuses.’
MLS・2 DAYS AGO

The latest game highlights and updates of MLS