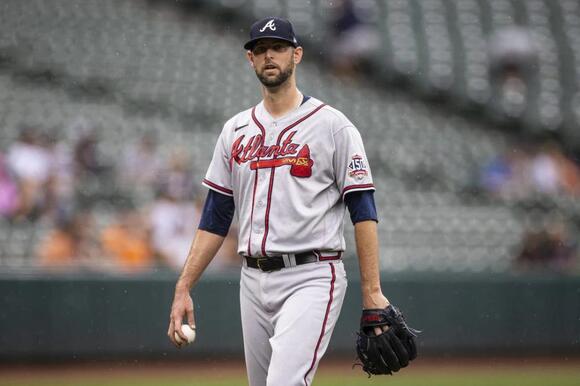 The Atlanta Braves added right-hander Chris Martin to their National League Championship Series roster ahead of Game 1 against the visiting Los Angeles Dodgers on Saturday night.

Infielder Johan Camargo also was added on Saturday morning, while left-hander Dylan Lee and outfielder Terrance Gore were left off the roster for the Braves. 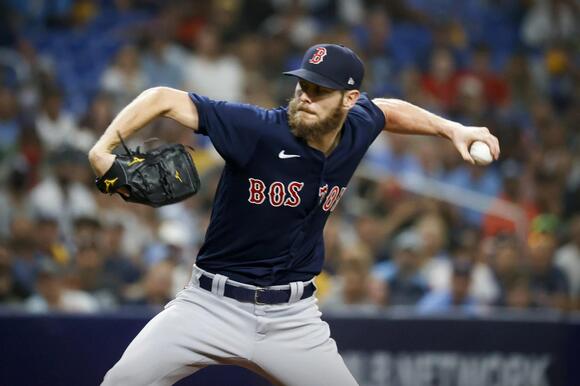 While the Braves featured 14 position players and 12 pitchers, the Dodgers went with a 13-13 split.

Los Angeles left-hander David Price did not pitch against the San Francisco Giants despite being listed on the NL Division Series roster. He joined outfielder Billy McKinney in being left off the Dodgers’ NLCS roster in favor of left-hander Justin Bruihl and right-hander Evan Phillips.

Let's face it, the Los Angeles Dodgers were dealt a huge blow on Monday. First it was the loss of Cy Young Award finalist and arguably the best pitcher on the staff last season in Max Scherzer. Scherzer agreed to sign a three-year, $130 million dollar contract with the New York Mets, making him the highest paid player by annual average value in MLB history.
MLB・8 DAYS AGO
FanSided

3 moves for the Atlanta Braves to make this offseason

This year, the Atlanta Braves enter the offseason as World Series champions for the first time since the 1995 season ended. Now how can the Braves get back to the Fall Classic in 2022? That’s always the question as soon as the confetti stops falling, right?. So what will it...
MLB・13 DAYS AGO
Talking Chop

There has been plenty of roster churn for the Atlanta Braves through the early part of the offseason. The team has added eight players and subtracted 12 since the World Series ended. Those moves, combined with players returning from the Injured List, gives Atlanta a full 40-man roster. The roster...
MLB・11 DAYS AGO
Inside The Dodgers

Hall of Fame manager Joe Torre only spent three years at the helm with the Dodgers. In his first season, he was able to manage the team to their first NL Championship Series in 20 years. But apparently, a young lefty named Clayton Kershaw wasn't his biggest fan. Torre said in an interview this week ...
MLB・20 DAYS AGO

The hot stove will be cranking somewhat soon, but for now we’re living in the world of speculation. That’s what makes the offseason fun, anyway. For the Los Angeles Dodgers, a ton of heavy lifting has to get done with so many key players hitting free agency (plus a likely legal battle with Trevor Bauer that will determine money being freed up or thrown away). You already know who the team is in danger of losing.
NFL・24 DAYS AGO
auburn.edu

On Nov. 2, 2021, the Atlanta Braves defeated the Houston Astros and won the World Series for the first time since 1995. Mary Elizabeth Cox, Auburn College of Human Sciences alumna and Atlanta Braves project manager for guest operations and strategy, made sure the World Series guest experience was unforgettable from first pitch to post-event celebrations.
AUBURN, AL・9 DAYS AGO
prosportsoutlook.com

The Atlanta Braves updated Team Outlook after adding 2019 All-Star RP Kirby Yates on a 2y/$8.3M deal. Yates missed almost all of last season after leading the MLB in Saves two seasons ago. https://prosportsoutlook.com/outlooks/?league=mlb&team=2510.
MLB・8 DAYS AGO

Remember that line from Avengers: Endgame where Thanos referenced facing off against the Avengers once again:. “You could not live with your own failure. Where did that bring you? Back to me.”. That is how I view the reunion between Adam Duvall and the Braves, when Atlanta reacquired Duvall for...
MLB・9 DAYS AGO
WXIA 11 Alive

There is plenty of interest in the list of big-name free agent shortstops, but what about one of the teams at risk of losing one of those players?. The Los Angeles Dodgers may have an opening at shortstop, as Corey Seager is among the highly-touted free agents on the market. The Dodgers are trying to bring back Seager, according to Jon Heyman of MLB Network, but are not showing interest in any other shortstops.
NFL・15 DAYS AGO
FanSided

As we look at some free agent targets the Atlanta Braves should be going after this offseason, we look at a familiar foe in the versatile Chris Taylor. With a Freddie Freeman contract still to get done and the lockout looming, we could see a flurry of moves this week by the Atlanta Braves.
NFL・10 DAYS AGO

Atlanta Braves: 4 Prospects Who Should be Untouchable in Trade Talks

The Atlanta Braves could possibly make one-to-two trades in the offseason to address needs on the roster. Which prospects should be untouchable in those trade talks?. The Atlanta Braves are currently in a situation with their farm system where there are multiple big-league ready prospects that may not necessarily have a spot available on the roster. Because of this, it makes sense for the Braves to make a significant trade at some point within the next year.
MLB・14 DAYS AGO
Yardbarker

After sitting on the shelf for a while, O’Day was brilliant for the Braves once he returned from injury. In 27 appearances from 2019-2020, he recorded a 1.25 ERA with an 11.6 K/9. For that reason, I thought it was a given the team would pick up his option for 2021. However, the lack of revenue due to COVID made money tight across the league, and the Braves were no different, leading them to decline the option, which turned out to be a pretty good decision.
MLB・8 DAYS AGO
FanSided

You had to figure that the rest of the NL East would not simply turn over and cede the division to the Atlanta Braves again. After 4 straight division titles plus a World Series win, it should be a straightforward process for the Atlanta Braves to reload and set themselves up for another run.
ATLANTA, GA・10 DAYS AGO
ESPN

The Atlanta Braves have signed right-handed reliever Kirby Yates to a two-year, $8.25 million contract, the team announced Monday. Yates will earn $1 million in 2022 and $6 million in 2023. The contract has a $5.75 million team option for the 2024 season that includes a $1.25 million buyout. Yates...
MLB・8 DAYS AGO
FanSided

The Atlanta Braves Add Kirby Yates to Strengthen the Bullpen

Atlanta Braves infielder Sean Kazmar Jr. was in Triple-A for 12 years before making his Braves debut. After a brief MLB debut in 2008, Sean Kazmar Jr. spent over a decade at the highest level of the minor leagues before getting the call back to the big leagues. The 37-year-old...
MLB・13 DAYS AGO
FanSided

The general consensus is that Freddie Freeman will be returning to the Atlanta Braves. It is difficult to imagine him in another uniform after he has spent the first dozen years of his major league career in Atlanta, but free agency is a different situation. For the first time in his career, Freeman can field offers from other teams.
MLB・6 DAYS AGO
WMAZ