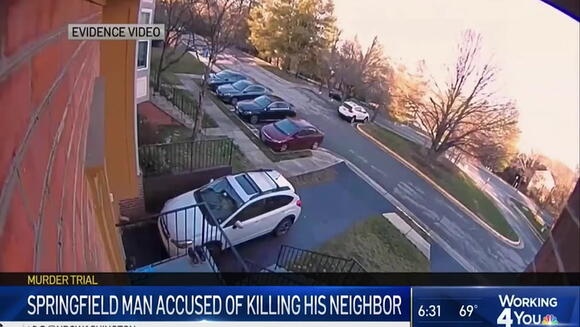 “This isn’t the first time an out-of-stater has tried to tell West Virginians what is best for them despite having no relationship to our state,” the West Virginia Democrat shot back.

On Friday, Mr Sanders wrote an op-ed in the Charleston Gazette-Mail – a newspaper in Mr Manchin’s home state – extolling the virtues of President Joe Biden ’s “Build Back Better” bill and pointing out that only two Senate Democrats oppose it: Kyrsten Sinema and Mr Manchin.

But as Mr Sanders points out, Senate Republicans unanimously oppose the bill, which means it needs the support of all 50 Democrats – plus a tie-breaking vote from Vice President Kamala Harris – to pass.

“Poll after poll shows overwhelming support for this legislation,” Mr Sanders writes. “Yet, the political problem we face is that in a 50-50 Senate we need every Democratic senator to vote ‘yes.’ We now have only 48. Two Democratic senators remain in opposition, including Sen Joe Manchin, D-W.Va.”

Mr Manchin did not appreciate being called out.

“To be clear, again, Congress should proceed with caution on any additional spending and I will not vote for a reckless expansion of government programs,” the senator tweeted on Friday night. “No op-ed from a self-declared Independent socialist is going to change that.”

(Mr Sanders has previously run for office as an Independent, and self-identifies as a “democratic socialist”, although he caucuses with Democrats.)

Mr Manchin, who has opposed the budget bill in part because of its size, cited concerns about inflation in his retort.

“Millions of jobs are open, supply chains are strained and unavoidable inflation taxes are draining workers’ hard-earned wages as the price of gasoline and groceries continues to climb,” the senator wrote. “Senator Sanders’ answer is to throw more money on an already overheated economy while 52 other senators have grave concerns about this approach.”

On Friday, President Biden indicated that negotiations between progressive and moderate Democrats are continuing, and he is confident that through compromise, Build Back Better will get passed in the end.

Democrats want to raise the debt ceiling, avoid a government shutdown, and pass Biden's agenda all before Christmas. The GOP has other plans.
CONGRESS & COURTS・13 HOURS AGO
Markets Insider

Sen. Joe Manchin is noncommittal on extending the child tax credit. On Tuesday, he told Insider "everybody's still talking and working. It's a work in progress." Millions of children are receiving the CTC, hundreds of thousands of them in Manchin's home state. On Tuesday, Sen. Joe Manchin of West Virginia...
CONGRESS & COURTS・8 HOURS AGO
Reading Eagle

Letter: Biden should refuse to back down on his agenda

Some letter writers are quick to criticize President Joe Biden’s economic agenda. Many of these critics seem to know very little about inflation, the state of the pandemic, critical race theory, economic inequality or other financial matters. People often seek simple solutions to complex problems. They think they know more than experts because of propaganda from social media.
PRESIDENTIAL ELECTION・14 HOURS AGO
WashingtonExaminer

More than 6 million illegal immigrants in the United States would be granted amnesty and allowed to obtain government benefits by House Democrats’ Build Back Better Act, according to a review by the Congressional Budget Office.
CONGRESS & COURTS・1 DAY AGO

The Senate majority wants to pass bills on social spending, government funding, the debt limit and Pentagon policy — all before Christmas.
CONGRESS & COURTS・1 DAY AGO
MarketWatch

Lawmakers return to Washington this week from a holiday break, and with them will come fierce debate over President Joe Biden’s sprawling social-spending and climate bill passed by the House earlier this month, as well as a Friday deadline to keep the government running.
CONGRESS & COURTS・1 DAY AGO
The Guardian

Joe Biden says Omicron Covid variant a ‘cause for concern, not panic’ – as it happened

How paid leave, immigration could get left behind in Biden’s social policy bill

Policy, politics and progressive commentary WASHINGTON-Congressional Democrats cheered on the floor of the U.S. House after approving President Joe Biden’s massive social spending and climate bill. But a major struggle lies ahead in the coming month in the U.S. Senate, where Democrats cannot lose any votes within their party if they are to send the so-called Build Back Better measure […] The post How paid leave, immigration could get left behind in Biden’s social policy bill appeared first on Nevada Current.
IMMIGRATION・1 DAY AGO

West Virginia Sen. Joe Manchin has a three-part test he applies to new legislation, and President Joe Biden’s Build Back Better agenda doesn’t make the cut. According to Axios , Manchin asks three questions about any proposed spending program: 1) Are proposed programs paid for? 2) Do they have bipartisan support? 3) And do they solve a specific problem facing his constituents?
CONGRESS & COURTS・2 DAYS AGO
The Independent

Michelle Obama and Kamala Harris in lead for 2024 if Biden decides not to run, poll says

Former first lady Michelle Obama and Vice President Kamala Harris have emerged as favourites for the Democratic nomination in 2024, if President Joe Biden opts not to run for a second term, a new poll shows.The Hill-HarrisX poll has the women leading a slew of other likely candidates, including former presidential hopeful Bernie Sanders, Secretary of Transportation Pete Buttigieg, and former New York mayor Michael Bloomberg.Among those candidates, Ms Harris had the most support, with 13 per cent of respondents in the 18-19 November survey saying they would support her. She was closely followed by Ms Obama, who had...
PRESIDENTIAL ELECTION・2 DAYS AGO
The Center Square

“In a hierarchy, every employee tends to rise to his level of incompetence.” – Laurence J. Peter. When our Constitution was drafted, the presidential candidate who finished second became vice president. But in 1796, when candidates from opposing parties were elected, Thomas Jefferson and John Adams, it was obvious that this system was not going to work. In 1803, Congress passed the 12th amendment (ratified by the states in 1804), our current system, which allows the presidential nominee to choose his VP.
PRESIDENTIAL ELECTION・2 DAYS AGO
The Fiscal Times

As Congress returns from its Thanksgiving break this week, Democratic lawmakers face a daunting to-do list that includes avoiding a government shutdown at the end of the week, advancing President Joe Biden’s economic agenda and raising the federal debt ceiling — and they have just a handful of legislative days left on the calendar to get it all done before leaving town for the winter holidays.
CONGRESS & COURTS・2 DAYS AGO

Bernie Sanders Is Right: Biden’s Big Build Back Better Bill Is a Huge Gift to the Rich

But it doesn’t have to be—if Democrats can find a way to give relief to middle-class Democrats in high-tax states without rewarding the rich in the process. I’m with Bernie—the SALT cap is way too high. A little history is in order here to understand why some Democrats in high-tax...
PRESIDENTIAL ELECTION・5 DAYS AGO
Shore News Network

Sen. Joe Manchin (D-WV) shrugged at the Biden administration’s release of 50 million barrels of oil from the Strategic Petroleum Reserve on Tuesday, describing it as a “Band-Aid” on a “self-inflicted wound” and calling on the president to revive the canceled Keystone XL pipeline. Manchin, the chairman of the Senate...
ENERGY INDUSTRY・6 DAYS AGO

Bernie Sanders gets his $5T bill

Does Joe Biden actually want to crush low-income Americans with high inflation?. You have to wonder. Since Biden took office, it seems his every decision has tilted toward driving prices higher. The White House has gone out of its way to squash U.S. oil and gas production, helping to raise...
U.S. POLITICS・8 DAYS AGO
Markets Insider

AOC calls out the 'enormous' amount of executive power Biden could have on student debt, climate change, and immigration while she's watching him 'hand the pen to Joe Manchin and Kyrsten Sinema'

AOC called out the executive action Biden is sitting on for the climate, student debt, and immigration in a NYT interview. She said Democrats' agenda shouldn't be scaled down just because of Manchin and Sinema. Canceling student debt via executive action is something Biden has been considering for months.
PRESIDENTIAL ELECTION・8 DAYS AGO
WPMI

Is Biden's Build Back Better agenda 'dead on arrival?'

WASHINGTON (SBG) - President Joe Biden’s Build Back Better agenda is headed to the Senate, where it’s likely to face an uphill battle. Political insider Armstrong Williams says that while the bill passed the House, it’s a “Pyrrhic victory.”. “It is going nowhere. It is dead on arrival," said political...
U.S. POLITICS・8 DAYS AGO