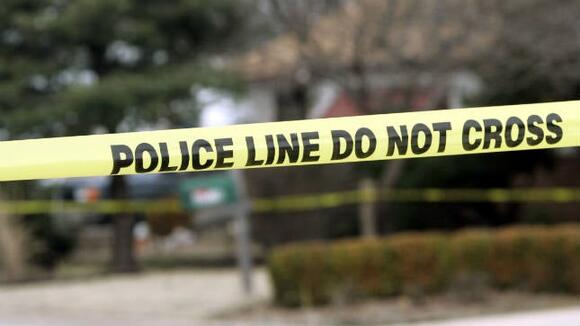 A Texas deputy was killed and two others were wounded in a shooting outside a Houston bar early Saturday morning, according to multiple local reports.

Police at a press conference after the deadly shootings described the fallen officers as victims of an ambush attack. The officers were shot while working security jobs at a bar and were reportedly trying to arrest a man when they came under fire from a second person.

“My main concern is the families of the three officers involved. ... I hope for swift and quick justice for that individual because he ambushed my deputies,” Harris County Precinct 4 Constable Mark Herman said, according to KHOU 11.

Police said the officers were working security jobs at the 45 Norte Sports Bar inside a shopping center in north Houston when they responded to a possible robbery. While arresting someone they suspected of the alleged robbery, they came under fire from the second individual.

One of the three officers was shot from behind, according to Jim Jones, the Houston police executive assistant chief.

“We believe they were ambushed,” he said at the press conference.

Police took a person of interest into custody at the scene, according to a report by USA Today, but it was unclear if that person was a suspect.

Herman described it as "one of the toughest days of my career," according to a report by Click2Houston.

U.S. athletes will attend the Winter Olympics in Beijing next year, but U.S. officials will not. The move is in response to China's human rights abuses, the Biden administration said. Nancy Cordes shares the details.
SPORTS・6 HOURS AGO
The Associated Press

Emmett Till investigation closed by feds; no new charges

JACKSON, Miss. (AP) — The U.S. Justice Department said Monday it is ending its investigation into the 1955 lynching of Emmett Till, the Black teenager from Chicago who was abducted, tortured and killed after witnesses said he whistled at a white woman in Mississippi. The announcement came after the head...
U.S. POLITICS・2 HOURS AGO
NBC News

CHICAGO — Jussie Smollett, the actor accused of filing a false police report in 2019, took the stand Monday in his criminal trial, detailing his budding friendship with one of two brothers who are implicated in an attack his lawyers say he suffered at their hands. The circumstances surrounding the...
CHICAGO, IL・11 HOURS AGO
NBC News

Fired CNN host Chris Cuomo said Monday that he will "no longer be doing" his SiriusXM radio show, just days after he lost his high-profile cable news spot. Cuomo is normally the host of "Let's Get After It with Chris Cuomo" at noon ET on SiriusXM, but former ABC News and NBC News reporter Brian Ross was behind the microphone when the show aired Monday.
CELEBRITIES・12 HOURS AGO

The Justice Department is suing the state of Texas over its newly redistricted congressional and state legislature maps.
TEXAS STATE・8 HOURS AGO
The Hill

President Biden held a call with the leaders of France, the U.K., Italy and Germany on Monday afternoon about Russia’s buildup of troops on its border with Ukraine, the White House said, an engagement that came on the evening of a crucial Biden call with Russian President Vladimir Putin .
POTUS・5 HOURS AGO
The Associated Press

NEW YORK (AP) — From multinational banks to corner grocery stores, all private employers in New York City will have to require their workers to get vaccinated against COVID-19, the mayor announced Monday, imposing one of the most aggressive vaccine mandates in the U.S. The move by Mayor Bill de...
NEW YORK CITY, NY・15 HOURS AGO
The Associated Press

TOPEKA, Kan. (AP) — Bob Dole, who overcame disabling war wounds to become a sharp-tongued Senate leader from Kansas, a Republican presidential candidate and then a symbol and celebrant of his dwindling generation of World War II veterans, has died. He was 98. His wife, Elizabeth Dole, posted the announcement...
PRESIDENTIAL ELECTION・1 DAY AGO

Could others be charged, liable in Michigan school shooting?

A prosecutor continues to criticize the decision to keep a teenager in a Michigan school before a shooting that killed four students last week, raising questions about whether staff and the school district will face liability — criminal or civil — in the tragedy. “We should all be looking at...
MICHIGAN STATE・6 HOURS AGO
CNN

(CNN) — Records show a history of fuel leaks plaguing Joint Base Pearl Harbor-Hickam in the past decade, with the most recent leak occurring 11 days before the Navy announced it had discovered contamination in the Red Hill well on Oahu. Honolulu's Board of Water Supply (BWS) shut down the...
HONOLULU, HI・2 DAYS AGO