China removed one of the most popular Quran apps that had at least one million Chinese users, according to a report 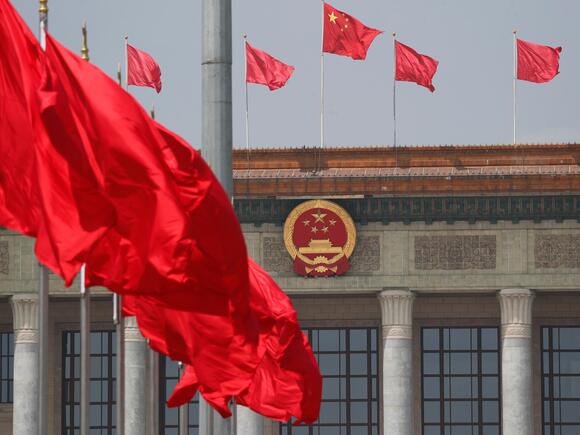 Quran Majeed, a Quran app used by one million in China and millions elsewhere, was taken off of the Apple App Store after a request from Chinese authorities, according to BBC.

According to the report, the disappearance of the app was first noticed by Apple Censorship, which monitors when apps are deleted from the App Store around the world.

The creator of the app, PDMS, told the BBC, "According to Apple, our app Quran Majeed has been removed from the China App store because it includes content that requires additional documentation from Chinese authorities." PDMS did not immediately respond to Insider's request for comment.

According to the BBC, the app was removed for "hosting illegal religious texts."

PDMS added that the company is "trying to get in touch with the Cyberspace Administration of China and relevant Chinese authorities to get this issue resolved."

Although the Chinese Communist Party officially recognizes Islam as a religion, its reported treatment of Muslim Uighur ethnic minorities in Xinjiang has been condemned by the US, the UK, and others.

According to reports from the BBC, Uighur women in labor camps claim to have been raped, Imams and religious institutions have been targeted , and men in 'thought transformation' camps have alleged being subjected to forced labor. China denies these claims and has said that they are vocational programs.

The BBC reported that Apple sent the outlet its Human Rights Policy in response to inquiries about the app's removal. Insider could not immediately reach Apple for comment.

The policy states that Apple is "required to comply with local laws, and at times there are complex issues about which we may disagree with governments."

At least 5 Russian men who escaped conscription have been living in Seoul's airport for months, and their refugee status still hangs in the balance: report

At least five men have been held at Seoul's Incheon airport for months after arriving separately. Their initial asylum applications were denied.
2 DAYS AGO
Business Insider

A senior advisor to the Indian government called the BBC documentary "hostile propaganda" on Twitter and said videos and links sharing it are blocked.
3 DAYS AGO
Ingram Atkinson

The world's first human-monkey hybrid has been successfully created in a laboratory, according to shocking research from Chinese scientists. This horrifying development occurred in 2021, after a team of researchers from the United States and Spain traveled to China in order to get around regulations that forbade this kind of research in their own nations.
2 DAYS AGO
Newsweek

Vladimir Putin, who is believed to be about 5 feet 7 inches, was photographed with students of Lomonosov Moscow State University on Students' Day on Wednesday.
1 DAY AGO
Benzinga

The Russia-Ukraine War, which began almost a year ago in February 2022, continues unabated. In the fall of last year, a noted American investor shared his views on the economic repercussions of the conflict, and the likely outcome for Russian President Vladimir Putin. Billionaire hedge fund manager Paul Tudor Jones...
10 HOURS AGO
Business Insider

Ukrainian agent accused of spying for Putin was found with stacks of foreign cash and Russian SIM cards, officials say

The lieutenant colonel used a phone to take photos of documents and send them to Russian handlers via email, Ukraine's Security Service said.
1 DAY AGO
Business Insider

The woman, who works in the product, sales and strategy ops, has not yet heard from Google about the status of her maternity leave benefits.
ARIZONA STATE・2 DAYS AGO
Benzinga

Over a dozen letters exchanged between former U.S. President Donald Trump and North Korean leader Kim Jong Un have been published by the Korean-American Club. What Happened: Trump’s self-described 'love letters' from Kim were retrieved by the authorities from his Mar-a-Lago residence in Florida. In the letter, Kim reportedly expressed his willingness to discuss his isolated country’s denuclearization with Trump while sidelining then-South Korean President Moon Jae In, reported Star And Stripes.
FLORIDA STATE・10 HOURS AGO
Business Insider

Inflatable tanks are a staple of Russia's deception doctrine known as maskirovka, or masking, meant to boost stealth tactics and sow confusion.
21 HOURS AGO
Business Insider

Ashish Kalsi wrote on LinkedIn he has a two-year-old daughter and was working at Google on an immigrant visa: "The dreaded H-1B countdown has begun."
2 DAYS AGO
Business Insider

For the 2nd year in a row, Iran is sailing its biggest warship around the world to show off its growing navy

Iran's navy chief said two Iranian warships are sailing around the globe to "show the authority of the dear people of Iran to the whole world."
WASHINGTON STATE・1 DAY AGO
Business Insider

I got laid off from Amazon. The lack of transparency about why certain people were let go made the whole process extremely robotic.

On Wednesday, Amazon informed thousands of employees that their roles were eliminated following layoffs from other big tech companies.
2 DAYS AGO
Business Insider

A couple who moved from the US to Costa Rica and saves $1,500 a month thinks more Americans should move abroad

As the cost of living continues to rise for many Americans, some, like Zach Gerth and Anna Sosdian, are moving abroad to start new lives.
1 DAY AGO
Business Insider

An Amazon engineer asked ChatGPT interview questions for a software coding job at the company. The chatbot got them right.

This was one of many work-related ChatGPT topics discussed recently in an Amazon internal Slack channel.
2 DAYS AGO
Business Insider

Flybe warned passengers that their flights had been canceled as the airline had gone into administration and ceased trading.
13 HOURS AGO
Business Insider

'It's a failure for us': Migrants at the Southern US border are reportedly frustrated with the mobile app that's supposed to speed up asylum appointments

Migrants are reportedly grappling with tech issues on the CBP mobile app and are struggling to secure an appointment, the AP reported.
3 HOURS AGO
Business Insider

As fighting rages in Ukraine, the US is sending drones to keep an eye on another tense corner of Europe

US Air Force MQ-9s have been deployed to monitor southeastern Europe, where tensions are rising, and not just because of Russia.
CALIFORNIA STATE・3 DAYS AGO
Business Insider

Wagner's limited gains in eastern Ukraine have come at a high cost and triggered rifts between the mercenary group and the Russian military.
2 DAYS AGO
Business Insider

Russian military chiefs are losing patience with Putin and could soon turn on him in a coup, former aide predicts