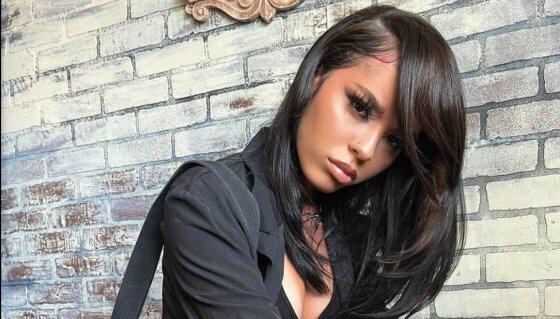 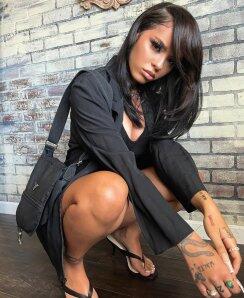 A rising R&B star out of Califonia tragically lost her life earlier this week, and some of her peers are paying their respects. Emani 22 of Lancaster reportedly died this past Monday (October 11), and the details are largely being kept from the public at the moment.

“It is with heavy hearts that the family of Emani has confirmed her passing,” a statement provided to PEOPLE reads. “They would like to share that although she fought courageously and the medical team went above and beyond doing everything in their power to aid in her recovery, on Monday, October 11th, Emani succumbed to the injuries she sustained after a tragic accident. At this time, Emani’s family is asking for privacy to mourn and honor her life and memories.”

In addition, the publication also spoke with Emani 22’s producer, J Maine, who had nothing but glowing words with his collaborator.

“I worked on music with her, and helped her put together her last project which was The Color Red . The way we worked together was effortless, we just understood each other,” J Maine. “It hurts so bad to know that the last time I saw her was the last time I’d ever see her again.”

He added, “I considered her to be like a little sister to me. She will be missed and never forgotten, and I’ll always think about the great times we had hanging out.”

Via an Instagram post, Bhad Bhabie shared a tribute to her friend, sharing that they spent a lot of time with one another. That post can be viewed below.

I I saw heaven standing open and there before me was a white horse, whose rider is called Faithful and True. With justice he judges and wages war. Then I saw a great white throne and him who was seated on it. The earth and the heavens fled from his presence, and there was no place for them. And I saw the dead, great and small, standing before the throne, and books were opened. Another book was opened, which is the book of life. The dead were judged according to what they had done as recorded in the books. The sea gave up the dead that were in it, and death and Hades gave up the dead that were in them, and each person was judged according to what they had done. Then death and Hades were thrown into the lake of fire. The lake of fire is the second death. Anyone whose name was not found written in the book of life was thrown into the lake of fire.Revelation 19:11,20:11-15

Rising Ghanian Star Almighty Trei Explains What’s ‘Special’ About Afrofusion and R&B Music. When rising Ghanian star Almighty Trei first developed his now expert level niche for writing and producing music, he was just 10 years old. But the fiery passion inside adolescent Trei quickly grew as he taught himself the ins and outs of both recording songs and making beats. His newfound skills paired with his natural drive and talent made it clear that Trei would soon be lighting up the charts, music streaming platforms, and every musical feat in between.
MUSIC・13 DAYS AGO
The Press

Cardi B feared her hair would fall out

Cardi B feared her hair would fall out after giving birth to her son. The 29-year-old rap star - who has Kulture, three, and a baby boy who was born on September 6 - has taken to Twitter to discuss her post-pregnancy fears. Alongside a selfie, Cardi wrote: "So I’ve...
CELEBRITIES・22 DAYS AGO
NME

Will Smith has admitted his “heart shattered” when his son Jaden asked to be emancipated when he was a 15-year-old. The King Richard star opened up about the struggles his son faced after their 2013 film After Earth bombed commercially and critically, with Jaden enduring attacks from the media. Writing...
RELATIONSHIPS・28 DAYS AGO
TVShowsAce

Khloe Kardashian is back to posting cryptic messages on social media. On Friday morning, her name was the top trending topic in the U.S. on Twitter. TV Shows Ace previously reported that her ex-boyfriend, Tristan Thompson, is expecting his third child with a Houston-based personal trainer. In June, Khloe and...
TV SHOWS・2 DAYS AGO

Khloe Kardashian isn’t letting COVID hold her back. She is posting new photos on Instagram and they are totally showing off her body. Needless to say, she looks stunning. Former Keeping up with the Kardashians star, Khloe Kardashian, is showing off her body on her social media platform. Khloe is wearing an interesting bodysuit that sort of resembles a morph suit. The outfit covers her entire body. It includes swirls of black, white, and brown in the interesting design. Not only that, but the ensemble seems to be a bit see-through. While she isn’t really revealing anything, she is certainly alluding to it.
TV SHOWS・27 DAYS AGO
ETOnline.com

Lil Nas X's album may have sounded a little different. The 22-year-old artist reveals in a new GQ interview that Nicki Minaj and Drake were the only artists to decline him on Montero, and the songs he wanted them on. "I don’t usually ask for features like that. But for...
MUSIC・20 DAYS AGO
Us Weekly

Just like dad! Meghan Markle and Prince Harry‘s son, Archie, is starting to bare a strong resemblance to the red-headed royal. The Suits alum, 40, shared a new photo of her eldest child, 2, during her Thursday, November 18, appearance on The Ellen DeGeneres Show. In the sweet snap, which doesn’t show Archie’s face, the little one’s fiery locks stand out as he strolls through his chicken coop at the family’s California home.
CELEBRITIES・17 DAYS AGO
TVShowsAce

‘Sister Wives’: Ysabel Brown Gets A Piece Of Kody After Christine Drama

Sister Wives star Ysabel Brown gets a piece of Kody after Christine drama. Find out why his daughter called her dad out for having ‘messed up’ priorities. Kody Brown declines to accompany daughter cross-country for serious surgery. Season 16 of Sister Wives is a year behind real-life events in the...
TV & VIDEOS・2 DAYS AGO

The the days since legendary Memphis rapperYoung Dolph was tragically shot and killed in his hometown, tributes from every corner of the internet have poured in. Speaking to the legacy he leaves behind as a musician, as well as the legacy he leaves behind as a man and a father, seemingly every new social media tribute dedicated to Young Dolph has revealed something new about the Gelato rapper.
CELEBRITIES・17 DAYS AGO
Cleveland.com

2021 American Music Awards: They wore that? Fashions and photos from the red carpet

Jay Jay Phillips, a rock musician who competed on “America’s Got Talent” in 2009 and 2017, has died. He was 30. The big-haired musician died from COVID-19, which he was battling over Thanksgiving week. The Instagram account of Phillips’ band posted a tribute to the keyboardist earlier this week.
PUBLIC HEALTH・3 DAYS AGO
Essence

It was also the singer’s first time performing at the American Music Awards. On Sunday evening, Chlöe sizzled at the AMAs with a top-notch performance of her first solo single, “Have Mercy”. The 23-year-old blended her ethereal yet powerful vocals with an energetic and athletic choreography. Once again, she proved her versatility and talent as a performer.
CELEBRITIES・14 DAYS AGO

Vanderpump Rules alum Jax Taylor and Brittany Cartwright are at the center of marital issues. On the surface, the two appear to be happy. Back in April, the couple welcomed their first child, son Cruz. However, Jax appeared to be a little hesitant about having any more children. As fans...
RELATIONSHIPS・1 DAY AGO
magneticmag.com

Arca has released not one, not two, not three but whole whole albums today. Technically the first three were released in over the week, but now they can all be found together in a massive music mountain. Arca has completed her kick series not in a slow drip as one might expect, but in a torrent like a damn has burst and the water is ready to overrun you. She originally announced the second and then the third and fourth shortly thereafter, while the fifth comes as a surprise addition to the whole series. Arca released the Grammy nominated KiCk i in June 2020 and now adds another 47 songs and two and a half hours of music to that.
MUSIC・3 DAYS AGO
HollywoodLife

La La Anthony took to Instagram to share two new photos of her son Kiyan standing next to her and putting his height on display as she gushed over the ‘growing’ teen and called him her ‘baby.’. La La Anthony, 39, is one proud mom! The television personality shared a...
LOS ANGELES, CA・4 DAYS AGO
Life and Style Weekly

Tiffany Haddish and Common (real name Lonnie Rashid Lynn) had a very low-key relationship for nearly two years, but the two have reportedly split. It appears the comedian, 41, and rapper, 49, have reportedly broken up, a source told People on November 29. The source said Tiffany and Common were “too busy” to have a “serious relationship.”
CELEBRITIES・7 DAYS AGO

America's Got Talent has lost another performer, and at such a young age. Jay Jay Phillips, who made an impact during two seasons of the NBC reality competition, died at 30 after complications from COVID-19. According to the New York Daily News, the AGT alum was reportedly unvaccinated but had told people he planned on getting the shot before Thanksgiving.
PUBLIC HEALTH・2 DAYS AGO
enstarz.com

Olivia Rodrigo is spotted in a steamy make out session with boyfriend Adam Faze. The two remained unbothered as the paparazzi took photos of the intimate moment. They were making out intensely and groping each other right next to their black Range Rover Sport. Rodrigo was seen wearing a forest...
CELEBRITIES・5 DAYS AGO
PopSugar

Halle Berry and Cardi B came out swinging when they executive-produced the soundtrack for Netflix's Bruised. Berry is set to star in the upcoming MMA fighter film, where she'll make her directorial debut. To match the intense girl-power energy of Bruised, Berry enlisted Cardi B's rap expertise to help advise on the soundtrack — the first-ever all-women hip-hop soundtrack, to be exact.
MUSIC・17 DAYS AGO
cartermatt.com

Is Len Cariou leaving Blue Bloods, and is Henry Reagan in danger?

Next week on Blue Bloods season 12 episode 9, you’re going to have a chance to see the final episode of the calendar year. So what’s going to unfold during it? Are we seeing a story that is going to set up Len Cariou leaving the show?. Just on the...
TV SERIES・2 DAYS AGO