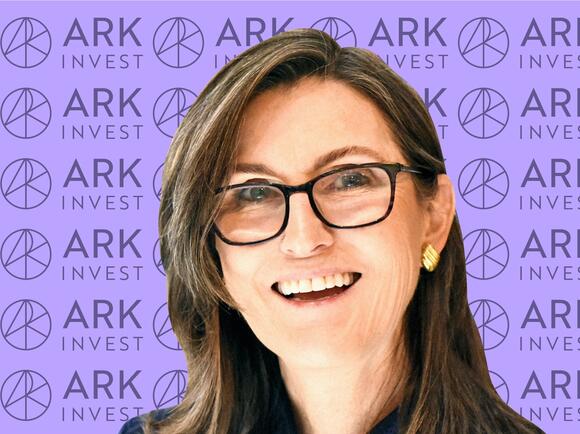 The superstar investor called the stocks - which include companies such as GameStop and AMC - "dinosaurs" during her talk at the CFA Societies Australia 2021 Australian Investment Conference, Bloomberg first reported .

"I guess the only one people might consider a meme stock that we own, or have ever owned, is Robinhood," she said. Wood did not immediately respond to Insider's request for further comment on the matter.

Meme stocks received their name in January after an army of retail traders mobilized on Reddit investing threads drove massive rallies in shares of highly shorted companies like GameStop and AMC. The stocks have been criticized by those on Wall Street who say their prices are detached from the companies' actual values.

Wood, the founder and chief executive officer of Ark Investment, said instead her firm is looking for the next FAANG stock, like Alphabet's Google or Apple, Bloomberg reported.

Her firm's popular flagship fund, the Ark Innovation ETF, is largely focused on tech stocks. Wood has garnered a cult-like status on Wall Street after her firm outperformed amid a turbulent market in 2020, but year-to-date, the fund is down about 9% as investors have fled .

Wood has backed other favorites among retail traders aside from memes, though. Last month, she cashed in on hundreds of millions of dollars after selling Tesla shares as the EV-maker rallied. She has said previously she likes taking profit amid a company's stock gains and buys on price dips.

Wood has also been vocal about her bullish stance on bitcoin, which she predicts will soar to $500,000 in five years. The cryptocurrency broke the $60,000 level Friday as investors awaited US Securities and Exchange Commission approval for a bitcoin ETF .

Wood submitted an application for a bitcoin ETF of her own this week called the ARK 21Shares Bitcoin Futures Strategy ETF, which will carry the ticker ARKA.

Read more: An ultimate guide to 10 top altcoins, their real-world applications, and why investors are betting their tech is the future of crypto

Cathie Wood Sells Another $87.5M In Tesla And Initiates Position In This Chinese EV Stock

Tesla CEO Elon Musk has sold another 934,091 shares of the electric-vehicle maker worth $1.01 billion to meet his tax obligations related to the exercise of options to buy 2.1 million shares, regulatory filings showed Thursday. In early November, the world's richest person tweeted that he would sell 10% of...
STOCKS・14 HOURS AGO
The Motley Fool

Riding the Oracle of Omaha's coattails is often a moneymaking proposition.
STOCKS・12 HOURS AGO
The Motley Fool

However, it's still the third-largest position in the Ark Innovation ETF.
STOCKS・6 HOURS AGO

I had no other passions other than really earning money, just stacking it up, so I just worked and saved up quite a bit. That's all I did for three years, and I just needed to do something else to kind of take my mind off of work. Because if I kept working like that, I'd go crazy, and investing seemed like a thrilling, fun journey. It was kind of like gambling.
MARKETS・1 DAY AGO
24/7 Wall St.

Here's a look at what the ARK Invest exchange-traded funds bought on December 2, 2021.
STOCKS・22 HOURS AGO
CNBC

It's been a dismal week for Cathie Wood's flagship fund, Ark Innovation, that's left nearly all of her holdings in bear market. Wood's main exchange-traded fund, which trades under ticker ARKK, fell 12.6% this week, for its worst week since February. Ark Innovation dropped 5.5% on Friday. The painful losses...
STOCKS・4 HOURS AGO
Markets Insider

After a weeklong lull, Elon Musk has sold another $1 billion worth of Tesla Inc. stock, continuing a nearly monthlong selloff that is expected to continue.
STOCKS・19 HOURS AGO
24/7 Wall St.

A couple of Cathie Wood's ARK Invest exchange-traded funds sold over 80,000 shares of Tesla on December 2.
STOCKS・10 HOURS AGO
The Motley Fool

These high-flying digital currencies are poised to plummet.
MARKETS・1 DAY AGO
Markets Insider

The dot-com bust has nothing on what investors are seeing from markets right now, said Berkshire Hathaway's vice chairman Charlie Munger.
OMAHA, NE・13 HOURS AGO
The Motley Fool

Cathie Wood is right on crypto -- and the market is wrong.
STOCKS・9 HOURS AGO
Markets Insider

Cathie Wood's flagship ARK Innovation ETF sank Friday as the sell-off in tech shares deepened. The actively managed fund slipped as much as 7.3% to its lowest in more than a year on Friday. Benefitting from Wood's slump, however, is the Tuttle Capital Short Innovation ETF, which is up by...
STOCKS・4 HOURS AGO
The Motley Fool

With the pressure and distraction of running Twitter gone, we can expect Dorsey to double down on Bitcoin development with a rebranded Square/Block.
BUSINESS・6 HOURS AGO
stockxpo.com

A broad selloff in technology shares is punishing fund manager Cathie Wood’s flagship ARK Innovation exchange-traded fund. The popular ETF, which goes by the ticker ARKK and targets fast-growing, “disruptive” companies, fell 6% Friday, as technology stocks staged a sharp pullback. Concerns about inflation and the possible economic impact of the new Omicron variant of the coronavirus knocked down shares of holdings including Tesla Inc. and Robinhood Markets Inc., while DocuSign Inc. dropped sharply after a disappointing quarterly earnings forecast.
STOCKS・3 HOURS AGO
The Motley Fool

Lucid and Nio Are Falling; Is the EV Stock Boom Over?

These two growth stocks are getting dragged down in a broader market sell-off.
ECONOMY・9 HOURS AGO
The Motley Fool

The Chinese vaping stock fell on a disappointing earnings report.
STOCKS・5 HOURS AGO