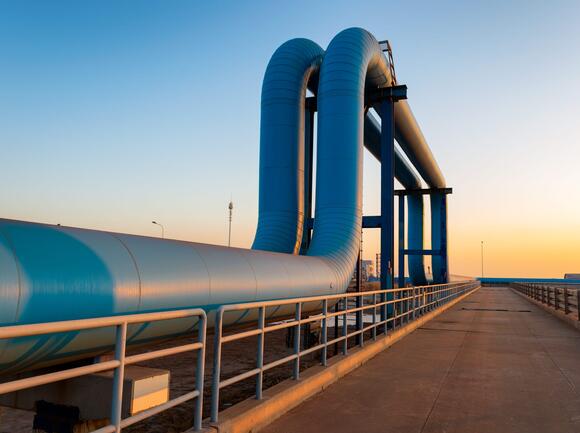 US oil prices hit a fresh seven-year high on Friday amid a surge in global demand and an ongoing supply crunch.

The price of West Texas Intermediate crude , the US oil benchmark, climbed 1.24% to $82.32 per barrel as of 11:20 a.m. ET Friday, heading for an eighth consecutive weekly gain. On Monday, US oil closed above $80 for the first time since October 2014.

WTI is now at the highest level since the Organization of the Petroleum Exporting Countries launched a price war against US shale producers. In November 2014, OPEC stunned oil markets by refusing to curb its production amid soaring shale output. Crude prices then went into freefall as the oil group sought to force higher-cost US producers out of the market.

Since then, shale companies have prioritized returning more capital to shareholders instead of expanding production and taking market share from OPEC.

Meanwhile, the price of Brent crude oil , the international benchmark, reached a fresh three-year high Friday, inching above $85 intraday. It was up 1.04% to $84.87 per barrel by midday, on track for a 3% gain this week.

Oil prices got a boost earlier this month, when OPEC and its allies backed their plan for gradual output increases despite demand outstripping supply.

"The oil market deficit will only get wider as global stockpiles remain at low levels, unexpected demand comes from colder weather, and surging jet fuel demand as the US opens up international travel," Edward Moya, senior market analyst at foreign exchange firm Oanda, said in a note Friday.

The only trifecta that would derail an oil price rally is if OPEC+ unexpectedly boosts its output, warm weather hits the northern hemisphere, and the Biden administration taps the strategic petroleum reserves, he said.

Bank of America, for its part, said Brent crude could hit $100 a barrel for the first time since 2014, especially ahead of another cold winter.

Demand has accelerated since economies worldwide recovered from the pandemic. This was compounded by the rise in natural gas and coal prices, which have led some companies to shift to using oil - a practice that may add around 500,000 barrels a day to global demand, according to the International Energy Agency.

The agency, in its October market report released Thursday, said this elevated demand could last through the first quarter of 2022.

I remember gas wars when I was a kid. That meant under selling the competitor which in turn means lower prices not higher prices. Someone has the wrong concept of competition.

OPEC says no to Joe

The Organization of the Petroleum Exporting Countries (OPEC) is not sticking with the planned oil production increase in November under the OPEC+ deal. This comes despite the calls from US President Joe Biden to boost oil output. According to a Reuters survey published on Tuesday, the group's crude oil production...
ENERGY INDUSTRY・12 HOURS AGO
austincountynewsonline.com

Remember that big release of 50 million barrels of oil from the Strategic Petroleum Reserve? Let us jog your memory: it was the hallmark solution proposed by the Biden administration to try and address soaring energy costs for Americans. Well, it turns out that most of that oil is going...
ENERGY INDUSTRY・2 DAYS AGO
OilPrice.com

Crude oil inched down today after the Energy Information Administration reported an inventory draw of 900,000 barrels for the week to November 26. Fuel inventories, however, added a substantial amount. At 433.1 million barrels, the authority said, crude oil inventories in the United States remain below the five-year seasonal average.
TRAFFIC・7 HOURS AGO
NewsRadio 740 KTRH

The oil reserve release will help for 3 days, and then OPEC will retaliate
ENERGY INDUSTRY・1 DAY AGO

The latest data on lithium-ion battery prices shows the continued downward march that will help make electric cars and energy storage more competitive, but reveals storm clouds too. Driving the news: Average battery pack prices fell another 6% from last year to $132 per kilowatt-hour, per the research firm BloombergNEF....
ENERGY INDUSTRY・1 DAY AGO
theedgemarkets.com

KUALA LUMPUR (Dec 1): Brent crude prices will reach US$125 per barrel next year and US$150 in 2023, as OPEC+ producers won’t be able to crank up production. New York-headquartered financial news and financial literacy website TheStreet on Monday (Nov 29) quoted J.P. Morgan analysts led by Christyan Malek as saying OPEC+ is not immune to the impacts of underinvestmen.
TRAFFIC・23 HOURS AGO
MarketWatch

Leading investment bank says oil has priced in "not a single plane flying around the world for three months."
INDUSTRY・12 HOURS AGO
investing.com

Oil prices witnessed their biggest day-on-day loss in 18 months on Friday, with WTI falling a whopping $10.2 per barrel to the low $70s as Omicron fears sent ripples across markets. The WTI Jan 2022 contract saw the highest number of traded volumes since April 2020, well above 800,000, as slumping oil prices broke through key technical levels and triggered algorithmic trading.
ENERGY INDUSTRY・13 HOURS AGO

HOUSTON (Bloomberg) –Shale drillers’ newfound commitment to production discipline appears to be paying off as crude plunges toward a bear market. While West Texas Intermediate crude is poised for the biggest monthly loss since the beginning of the coronovirus pandemic, its collapse isn’t dragging down equities the way it used to.
ENERGY INDUSTRY・1 HOUR AGO
erienewsnow.com

Here's how your gas could hit $5 a gallon

The surge in oil prices this year has angered drivers, tainted Americans' views on the economy and confounded both the White House and Federal Reserve. Unfortunately, JPMorgan Chase says the oil spike is just getting started. In a new report on Monday, JPMorgan warned clients that Brent crude oil will...
TRAFFIC・1 DAY AGO
Markets Insider

Jefferies says oil could soar to $150 a barrel in a fully reopened world, despite current Omicron slump

Oil prices could rise as high as $150 a barrel in a fully reopened world, according to Jefferies. Strategist Christopher Wood said supply constraints are likely to push prices up, given underinvestment in oil infrastructure. JPMorgan also believes crude could hit $150, if OPEC keeps a tight lid on supply.
ENERGY INDUSTRY・4 HOURS AGO
naturalgasworld.com

Oil prices are rebounding today as attention turns to tomorrow’s OPEC+ meeting and the group’s potential reaction to the Omicron variant. With sights set firmly on tomorrow’s OPEC+ meeting, oil markets are rising today on the expectation that the alliance of oil producers will either stay the course on their conservative supply increases or dig their heels in further in response to the threat posed by the Omicron variant.
ENERGY INDUSTRY・17 HOURS AGO
OilPrice.com

Crude stocks at Cushing have been rising in recent weeks, with another build expected for the last week, amid the sell-off in WTI Crude on Friday triggered by fears of the Omicron variant and low liquidity on the long U.S. weekend, energy analytics provider OilX said on Tuesday. Tuesday’s reading...
ENERGY INDUSTRY・1 DAY AGO
investing.com

Oil Rebounds on OPEC, Only to Drop Back on 1st US Omicron Case

Investing.com - Oil prices recovered from 3-month lows on Wednesday in anticipation of supportive action from OPEC, before closing lower for a fifth time in six days after the United States announced its first Omicron case of Covid. WTI, or the West Texas Intermediate benchmark for U.S. crude settled down...
TRAFFIC・7 HOURS AGO
24/7 Wall St.

U.S. Moves to Cool Tensions With Saudis Over Oil Prices

(Bloomberg) -- The U.S. is trying to re-focus its energy relationship with top Middle East OPEC countries, notably Saudi Arabia, after a period of tension between Washington and Riyadh over high oil prices. Amos Hochstein, the top American energy diplomat, held meetings this week with officials in the Middle East,...
ENERGY INDUSTRY・1 DAY AGO
spglobal.com

For months, OPEC and its Russia-led allies have stuck firm to a measured easing of production quotas, even amid a surge in oil prices and a chorus of complaints from the US and other key customers calling for more crude. Not registered?. Receive daily email alerts, subscriber notes & personalize...
ENERGY INDUSTRY・8 HOURS AGO
OilPrice.com

Crude oil could soar to $125 per barrel next year and $150 in 2023 due to OPEC's limited capacity to boost production, JP Morgan analysts said in a new report. "OPEC+ is not immune to the impacts of underinvestment…. We estimate 'true' OPEC spare capacity in 2022 will be about 2 million barrels per day (43%) below consensus estimates of 4.8 million," the team, led by Christyan Malek, wrote, as quoted by TheStreet.
TRAFFIC・1 DAY AGO
The Washington Informer

Omicron Could Finally Bring Relief to the Pump

There may be finally some good news for U.S. motorists as gasoline supply catches up with demand just as the omicron variant of the coronavirus is hammering commodity prices, analysts said. The post Omicron Could Finally Bring Relief to the Pump appeared first on The Washington Informer.
TRAFFIC・8 HOURS AGO