ABCNY
2021-10-15
Police in New Jersey are searching for the driver of a red van who struck and dragged a woman in a supermarket parking lot before fleeing the scene Wednesday, and they are hoping a surveillance picture of the distinctive vehicle will lead to an arrest. It happened just before 4 p.m. at the Milltown Acme on Ryders Lane, where 62-year-old Nayyar Khan had just completed her shopping. Authorities say she was struck and dragged by a van, which then stopped, backed up onto her, and sped off. ALSO READ | What Gabby Petito's death by strangulation could mean for Brian Laundrie's case

The driver drove into the oncoming traffic exit lane, ran the red the light, and fled the area by heading into East Brunswick via Ryders Lane and Tices Lane. Khan is currently in the hospital with numerous serious injuries, including a broken hip and broken bones in her knee and foot, but she is expected to survive, though with a long recovery and many surgeries ahead of her. Her brother, Mazhar "Mark" Khan, spoke with Eyewitness News and said his sister had a four-hour surgery Thursday and is in the ICU at Robert Wood Johnson Hospital with a metal plate and screws in her hip. "It was a terrifying experience, it was heartache," he said. "The driver realized that he had run over a woman that was under this heavy van, so he backed out, so he backed out, he never came out, and he took off and was gone." Police release a photo of the van, described as an older bright red utility van, possibly a Ford, with no side windows. 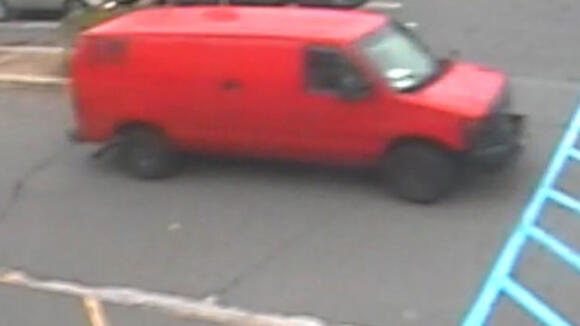 The van was described as having matte black trim and wheels, a heavy duty push bumper or winch on the front, and subdued decals on the upper back panels of the van. It is very possible that the decals are black subdued American Flag decals 1' x 2' approximate sizing. Even though police have no idea who was behind the wheel, Khan's brother says she has already forgiven the person who could've killed her and didn't stop to help. "She is a very forgiving person, and she wants to move on, personally, I mean," he said. "It is very devastating." She faces at least a month of no walking and another six months of skin grafting and recovery time. ALSO READ | Teen girl shot in head in Brooklyn park released from hospital

The family says finding out who was behind the wheel could help them heal. "I think he should come forward, contact police, be responsible for his actions," Mazhar Khan said. Police are hoping someone knows who the van belongs to and where it is kept. Anyone with information is urged to contact the Milltown Police Detective Bureau: --Det. Lieutenant Chris Johnson: 732-828-2100 ext 132 or cjohnson@milltownpd.org --Det. Sergeant William Fama: 732-828-2100 ext 133 or wfama@milltownpd.org ---------- * Get Eyewitness News Delivered * More New Jersey news * Send us a news tip * Download the abc7NY app for breaking news alerts * Follow us on YouTube

Supermarkets parking lot ought to install more surveillance cameras, these types of aggressive behavior is happening mode often, provocations, other customers taking advantage of not much vigilance to conduct foolishness. I am sorry this happened to that woman. heads up for sopermarkets owners.

that should be easy to find. and I'm sure many people have seen that red van before in that area. a red van sticks out like a sore thumb

Half a dozen firefighters are recovering from smoke inhalation after battling a stubborn fire that broke out Sunday afternoon at an indoor gun range in Rockland County.
PEARL RIVER, NY・19 HOURS AGO
ABCNY

A French Bulldog that was stolen from a home in Suffolk County was found on Sunday night.
SUFFOLK COUNTY, NY・21 HOURS AGO
ABCNY

The flames started in the Dragon One restaurant before spreading to a neighboring restaurant and up through the five-story apartment building above.
UPPER EAST SIDE, NY・3 HOURS AGO

Footage shows a man wearing an NYPD sweatshirt with a badge hanging around his neck push his way inside.
BRONX, NY・16 HOURS AGO
ABCNY

Police in New Jersey have released a surveillance photo of the suspect wanted in connection to the murder of an 84-year-old woman inside her home.
BELLEVILLE, NJ・1 DAY AGO
ABCNY

A Newark officer is accused of hitting a pedestrian with this car and briefly taking the body home.
NEWARK, NJ・2 DAYS AGO
ABCNY

Suffolk County Police say someone detonated an explosive device on Fox Island in the Great South Bay, leaving a huge crater in the beach.
SUFFOLK COUNTY, NY・1 DAY AGO

The 54-year-old woman told police she was stabbed multiple times near her home. The woman's 84-year-old mother was then discovered dead in the home.
BELLEVILLE, NJ・1 DAY AGO
ABCNY

Hollywood quickly turned into reality when a group of actors jumped in to save a teenager trapped beneath an SUV in Brooklyn. Those selfless actors are now being honored.
BROOKLYN, NY・15 HOURS AGO
ABCNY

There was a show of solidarity on Sunday outside Elmhurst Hospital in Queens, where a grandmother lays in a coma after someone struck her in the head with a rock.
QUEENS, NY・1 DAY AGO

A Florida man was arrested at the Newark Liberty International Airport after a TSA agent found a handgun in his carry-on bag on Friday.
FLORIDA STATE・22 HOURS AGO
ABCNY

Police are searching for a woman captured on surveillance punching a customer in Brooklyn who asked her to put on a mask.
BROOKLYN, NY・2 DAYS AGO
ABCNY

Stella, the French bulldog, was located Saturday on Rhododendron Drive in Center Moriches and was returned to her owners.
HUNTINGTON, NY・2 DAYS AGO
ABCNY

The longer shifts are intended to assure adequate staffing. 73% of workers are vaccinated.
NEW YORK CITY, NY・4 HOURS AGO
ABCNY

Police are investigating an attack in Queens as a possible hate crime after an Asian woman was hit in the head with a rock.
QUEENS, NY・2 DAYS AGO
ABCNY

Officials in Bergen County thanked frontline workers for their dedication during these trying times by gifting them more than 1,200 donated Christmas trees.
BERGEN COUNTY, NJ・1 DAY AGO
ABCNY

They are accused of slapping a 3-year-old boy across the face last Friday. Police say the women approached an 18-year-old girl Sunday and pulled her to the ground.
BROOKLYN, NY・5 HOURS AGO