2 Robinhood Stocks to Buy, 2 to Sell

Stocks traded on the Robinhood (HOOD) platform are considered the most popular, especially among Gen Z and millennial investors. In addition to popularity, HOOD stocks Microsoft (MSFT) and Walmart (WMT) possess solid fundamentals. So, these stocks could be solid bets now. In contrast, despite being placed on the HOOD’s list of most popular stocks, Snap (SNAP) and Peloton Interactive (PTON) look significantly overvalued at their current price levels. So, we think they are best avoided now. Read on.

However, according to JPMorgan Chase & Co. ( JPM ) analysts, HOOD’s active-users metrics and app downloads plunged during the third quarter. And despite lacking solid fundamentals, many popular stocks on the platform have soared in price solely based on social-media hype surrounding them.

Given this backdrop, we think it could be wise to scoop up HOOD stocks Microsoft Corporation ( MSFT ) and Walmart Inc. ( WMT ), which are popular among the platform’s users and possess strong fundamentals. Conversely, HOOD stocks Snap Inc. ( SNAP ) and Peloton Interactive, Inc. ( PTON ) are best avoided because they look significantly overvalued at their current price levels.

Technology giant MSFT’s broad product portfolio includes personal computers (PCs), tablets, gaming and entertainment consoles, and related accessories. In addition, the Redmond, Wash.-based company is making several advances in the cloud space with the help of Microsoft Azure. It is ranked #2 among the top 100 Robinhood stocks .

On July 14, 2021, MSFT launched Windows 365, a cloud service that introduces a new way to experience Windows 10 or 11 to businesses of all sizes. The launch represents a significant step towards MSFT’s aim of creating a new category—the Cloud PC.

For its fiscal year 2023, analysts expect MSFT’s revenue to be $217.22 billion, representing a 13.1% year-over-year rise. In addition, the company’s EPS is expected to increase 15% year-over-year to $10.11 in fiscal 2023. Also, it surpassed the consensus EPS estimates in each of the trailing four quarters.

MSFT’s POWR Ratings reflect this promising outlook. The stock has an overall B rating, which equates to a Buy in our POWR Rating system. The POWR Ratings assess stocks by 118 distinct factors, each with its own weighting.

Also, the stock has an A grade for Sentiment, and a B grade for Stability and Quality. Within the Software-Application industry, it is ranked #17 of 158 stocks. Click here to see the additional POWR Ratings for Growth, Value, and Momentum for MSFT.

Click here to check out our Software Industry Report for 2021

One of the largest and most diversified retailers globally, WMT functions primarily through three segments, namely, Walmart U.S., Walmart International, and Sam's Club. The Bentonville, Ark.-based company operates roughly 10,500 stores and clubs under 48 banners across 24 countries and eCommerce websites. It is ranked #6 among the top 100 Robinhood stocks.

On August 24, 2021, WMT announced a new line of business—Walmart GoLoca—that helps expand its expertise in delivering goods to customers and companies. Tom Ward, WMT U.S. senior vice president, last mile, said, “Be it delivering goods from a local bakery to auto supplies from a national retailer, we’ve designed Walmart GoLocal to be customizable for merchants of all sizes and categories so they can focus on doing what they do best, leaving delivery speed and efficiency to us.”

It’s no surprise that WMT has an overall B rating, which equates to a Buy in our proprietary POWR Rating system. In addition, it has an A grade for Stability, and a B grade for Value, Sentiment, and Quality.

WMT is ranked #8 of 41 stocks in the A-rated Grocery/Big Box Retailers industry. Click here to see the additional POWR Ratings for WMT (Growth and Momentum).

SNAP in Venice, Calif., operates as a camera company in the United States and internationally. The company offers Snapchat a camera application with functionalities, such as Camera, Communication, Snap Map, Stories, and Spotlight. It is ranked #4 of the top 100 Robinhood stocks.

SNAP’s POWR Ratings reflect its poor prospects. It has an overall D rating, which represents a Sell in our POWR Rating system. The stock has a D grade for Value, Stability, and Quality.

Click here to access the additional POWR Ratings for SNAP (Momentum, Growth, and Sentiment). Also, SNAP is ranked #68 of 78 stocks in the F-rated Internet industry.

PTON provides interactive fitness products in North America and internationally. It offers connected fitness products with a touchscreen that streams live and on-demand classes. Currently, its Peloton Digital app has around 5.9 million members. The New York City-based company’s stock is ranked #9 among the top 100 Robinhood stocks.

Last month, securities law firm Moore Kuehn, PLLC launched an investigation into PTON for potential breaches of fiduciary duties. It is alleged that in addition to the tragic death of a child, the company's Tread+ has caused a serious safety threat to children and pets as there have been multiple incidents of injury to both.

Analysts expect PTON’s EPS to decline 640% in the current year and remain negative in fiscal 2021 and 2022.

PTON’s POWR Ratings are consistent with this bleak outlook. The stock has an overall F rating, equating to a Strong Sell in our proprietary rating system. In addition, the stock has an F grade for Sentiment, Stability, Value, and Growth.

We also have graded PTON for Quality and Momentum. Click here to access all PTON’s ratings. PTON is ranked #70 of 71 stocks in the D-rated Consumer Goods industry.

About the Author: Riddhima Chakraborty 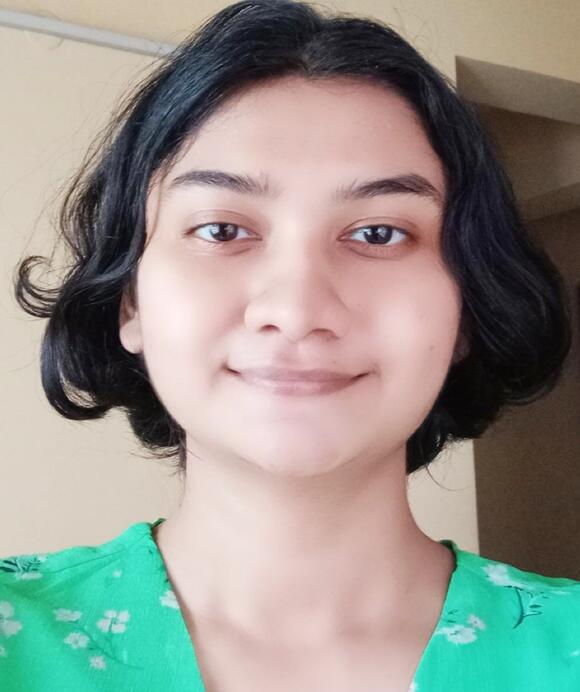 Riddhima is a financial journalist with a passion for analyzing financial instruments. With a master's degree in economics , she helps investors make informed investment decisions through her insightful commentaries.

The post 2 Robinhood Stocks to Buy, 2 to Sell appeared first on StockNews.com

3 Stocks To Buy During a Stock Market Crash

5 Bold Predictions for the Stock Market in 2022

It's hard to believe, but 2022 is already less than a month away. Every December, I decide to have a little fun and come up with a list of five predictions for the stock market in the following year that aren't obvious and often aren't very popular. Obviously, nobody has...
STOCKS・23 HOURS AGO
Motley Fool

This Dividend Stock Is a Smoking Deal

Philip Morris International is trading at the same share price as in 2012. But the company is as strong as ever and pays a great dividend. The stock is a bargain, but investors should monitor currency exchange rates. You’re reading a free article with opinions that may differ from The...
STOCKS・21 HOURS AGO
The Motley Fool

It's the premier "picks-and-shovels" supplier for the technologies shaping our future.
STOCKS・21 MINUTES AGO

Here are a few strong technology names investors might want to consider buying amid the downturn if they plan on holding the stocks for a long time...
STOCKS・1 DAY AGO
Forbes

The NASDAQ Composite has lost 7% of its value since peaking at 16,212. This drop has accompanied big stock sales by Microsoft CEO Satya Nadella, Tesla CEO Elon Musk, and Amazon Executive Chair Jeff Bezos. Is that drop a sign that we are in for a major tech stock downturn...
STOCKS・15 HOURS AGO
The Motley Fool

Buying innovators and disruptors at a discount is a smart way to set yourself up for long-term success.
STOCKS・22 MINUTES AGO
The Motley Fool

Is Longeveron a Good Biotech Stock to Buy?

Stem cell therapies are back in vogue, at least for this Miami-based biotechnology company.
MEDICAL & BIOTECH・42 MINUTES AGO

Tesla and Atlassian more than doubled the return of the S&P 500 in 2021, and they're well positioned to do it again next year.
STOCKS・1 DAY AGO
Entrepreneur

Penny Stocks To Buy For A Short Squeeze? 5 To Watch Now

One of the hottest trends in the stock market today has penny stock traders looking for short squeezes. Thanks to extensive breakouts from the likes of AMC Entertainment, GameStop, and plenty of others, the market metrics of this trend have led to huge making money potential. One of the reasons for this is the short-term moves made by these types of stocks. But, first, what is a short squeeze, and why should it matter?
STOCKS・1 DAY AGO
invezz.com

Should you buy or sell ZScaler stock as Wedbush calls 25% upside?

ZScaler shares on Thursday gained more than 4% to trim Wednesday’s post-earnings losses. It comes after receiving Wedbush’s PT raise to $400 from $320 after delivering solid FQ1 results. The company announced its most recent quarterly results Tuesday after markets closed. On Wednesday, Wedbush Securities raised its price target on...
STOCKS・1 DAY AGO
Motley Fool

Meta's free cash flow is soaring. The tech company is buying back heaps of its own shares. The stock's conservative valuation arguably already prices in many of Meta's biggest risks. Shares of Meta Platforms (NASDAQ:FB) have tumbled in recent months. Since hitting a 52-week high of $384.33 in September, the...
STOCKS・1 DAY AGO
Entrepreneur

Crown Castle (CCI) closed at $184.86 in the latest trading session, marking a -0.42% move from the prior day.
STOCKS・1 DAY AGO
Entrepreneur

There are numerous ways to play the cryptocurrency boom. Dave will help you separate the pretenders from the contenders in this rapidly-growing space.
STOCKS・1 DAY AGO
Entrepreneur

ASX vs. AMD: Which Stock Should Value Investors Buy Now?

Is DiDi Global Stock a Buy?

MasterCard (MA) Gains As Market Dips: What You Should Know

MasterCard (MA) closed at $322.11 in the latest trading session, marking a +0.6% move from the prior day.
STOCKS・1 DAY AGO
The Motley Fool

Why Nvidia Stock Climbed 28% in November

The graphics specialist is not short on growth opportunities.
STOCKS・1 DAY AGO