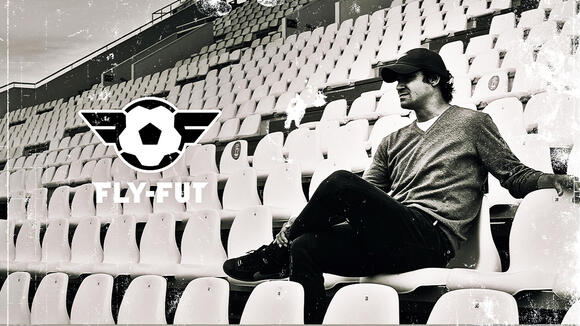 With millions of dollars on the line, coaches are racing for technological advantages on the field—and increasingly, above it. The latest addition to the $12 billion-dollar global sport technology market is a handful of companies that combine drone technology and artificial intelligence.

One of these disruptors is a Spanish startup called Fly-Fut, a Madrid-based company offering drone footage and analysis to professional teams and amateur leagues. Recently the company received backing from Sportboost, a startup accelerator launched by Iker Casillas, the former Real Madrid and Spanish national team goalkeeper.

“Our competitors rely on gathering images using tower cameras, but these are not as good as having full visibility from the top,” said Luis Llagostera, the CEO and the founder of Fly-Fut. “Another important aspect of using a drone is their ability to capture movement around the field; the drone gives you the flexibility to see every movement of every player from the point of view that one needs in order to analyze players and positions.”

According to Llagostera, top teams from the English Premier League, Ligue1, Serie A and LaLiga , have been using drones to film their practices. “Pep Guardiola has used drones in Manchester City since 2017, Jose Mourinho used drones in Roma. Manchester United, PSG and Monaco, they all use drones. In Spain, Atletico de Madrid uses our technology.” His company also worked with Valladolid F.C. and Leganes F.C. and is currently in negotiations with several EPL teams. “I am a fan of drone technology, but I am not the only one,” he said.

In the U.S., the NFL was the first major American sports league that permitted drones to film practices. “I think the overarching thing about both the NFL and then also college football is that teams have experimented with a lot of different technologies over the years to try to get particular views of the game that just helped them coach,” said Steve Gera, CEO of Gains Group. “But drones, from a cost-efficiency standpoint and also from a deployability standpoint, can solve that.” Gera has seen drones used at USC and at some Texas high schools.

Aside from professional first division soccer teams, Fly-Fut is also working with 69% of the amateur soccer leagues in Spain. Its latest product, Fly-Fut Pro, combines practice and match footage of a specific team or a league to analyze players. The company is currently valued at $14 million (12.6 million euros). They aim to double this valuation in the next year.

Following the success of the English Premier League, many soccer leagues around the world replaced their national competitions with more competitive and lucrative “super” leagues. But Brazil, the home country of jogo bonito—the “beautiful game”—hasn’t been able to follow suit. Now, however, a potential new league made up of Brazil’s top clubs—which would effectively replace the current top-flight Brazilian league, the Brasileirao—has secured financing and is in the due diligence stage of making it happen, according to people close to the deal. In July, Sportico reported on a U.S.-based private equity investment in the venture, which was said to be between $750...
PREMIER LEAGUE・15 DAYS AGO
SpaceNews.com

HELSINKI — Spanish launch startup PLD Space has debuted a fully assembled Miura 1 reusable suborbital rocket as a step towards its inaugural flight in 2022. The Miura 1 was unveiled at the National Museum of Natural Science in Madrid Nov. 16. Next, it will be returned to the PLD Space base at Teruel Airport for combined qualification testing including a full mission duration hot fire test.
AEROSPACE & DEFENSE・13 DAYS AGO
vavel.com

Summary and highlights of Betis 3-1 Levante in LaLiga

Aitor, who today played right back, leaves his place with discomfort and is replaced by Edgar. Everything is ready at the Benito Villamarín for the match between Levante and Betis to start. 7:25 AM8 hours ago. Morales is good at Betis: He has scored six goals against the green-and-white side.
SOCCER・9 DAYS AGO
The US Sun

Most expensive Under-23 players in Europe revealed with Erling Haaland and Vinicus Jr topping list at £127.5m each

ERLING HAALAND - £127.5m. Borussia Dortmund striker Erling Haaland is arguably the hottest property in Europe. The 21-year-old has been courted by all of the continent's elite clubs, amid reports that he can leave BVB for £65million in the summer due to a clause in his contract. VINICIUS JR -...
SOCCER・21 MINUTES AGO