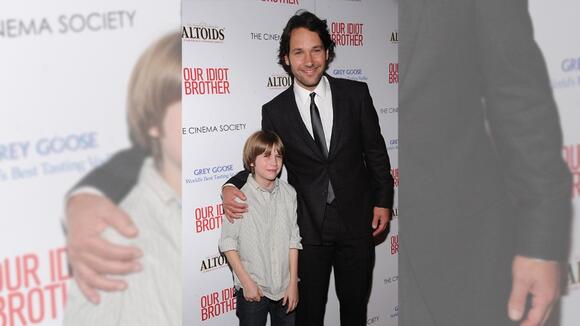 TMZ reports Mindler’s cause of death was sodium nitrate toxicity. His death was ruled a suicide.

Mindler’s mother, Monica, told TMZ that after investigating the search history on his computer, she believes he ordered the product on Amazon and that it was enough to kill four people. She hopes by sharing Mindler’s story, it may save others.

Mindler, from Hellertown, Pennsylvania, starred in the film 2011 “Our Idiot Brother” with Paul Rudd, Elizabeth Banks and Zooey Deschanel. He was most recently seen in a television film, “Chad: An American Boy,” in 2016, Variety reported.

This was not Amazon’s fault FFS. I’m not going to get nasty here, but there were a lot more people in that kid’s life that were closer to his suicide than Amazon.

Well if he didn’t purchase it on Amazon I’m sure he would’ve found somewhere else to buy it. Not even sure why Amazon is in the discussion.

y'all missed the point of bringing up where he purchased the product. it's not ABOUT Amazon, it's bringing awareness that ANYONE can buy deadly chemicals on Amazon.

George Clooney is said to have given up on Amal that he has no choice but to divorce her. Clooney had planned on leaving his rocky marriage with Amal that he also once photographed driving alone. Globe reported that time that the couple developed more tension in their relationship as Amal continuously bossed Clooney around.
CELEBRITIES・14 DAYS AGO
The Hollywood Gossip

Earlier this year, fans' fears were confirmed by reports that Wendy Williams has serious health problems. That is why she has not returned to the show, temporarily replaced by a rotation of guest hosts. In some ways, Wendy has never been more popular -- but fans shouldn't expect to see...
CELEBRITIES・9 DAYS AGO
Hello Magazine

It's no secret that Brooklyn Beckham is a fan of cooking, often taking to Instagram to share videos of his culinary creations with his 12.9 million followers. On Sunday, David and Victoria Beckham's eldest son put his cooking skills to the test once again. This time, the 22-year-old whipped up an Italian-inspired meal for his fiancée Nicola Peltz and her friends as the actress enjoyed a girls' night in the duo's $10.5 million Beverly Hills mansion.
CELEBRITIES・10 DAYS AGO
The Independent

A Canadian man has died two weeks after he boasted about having Covid-19 symptoms while insisting the virus isn’t real in a livestreamed video.Mak Parhar was found dead by paramedics at his home in New Westminster, British Columbia, on Thursday morning. His cause of death is still under investigation, Global News reported.Mr Parhar, who was an outspoken opponent of Canada’s mask and vaccine mandates throughout the pandemic, dismissed the existence of Covid-19 — which he referred to as “convid” — in an October 21 Twitch livestream.He reported experiencing several symptoms associated with the virus, including a cough, chills and fatigue,...
PUBLIC HEALTH・27 DAYS AGO

“Van lifer” Brian Laundrie killed himself while on the run from authorities, family lawyer Steve Bertolino said Tuesday. ​​“Chris and Roberta Laundrie have been informed that the cause of death was a gunshot wound to the head and the manner of death was suicide,” Bertolino said in an emailed statement to The Daily Beast. “Chris and Roberta are still mourning the loss of their son and are hopeful that these findings bring closure to both families.”
PUBLIC SAFETY・9 DAYS AGO
Popculture

Indian actor Yusuf Hussain has passed away at the age of 73 after contracting COVID-19. The Tribune India reports that Hussain, best known for his roles in Dhoom 2, Raees, and Road to Sangam passed away on Saturday at Lilavati Hospital in Mumbai. His son-in-law, filmmaker Hansal Mehta, who is...
PUBLIC HEALTH・29 DAYS AGO
editorials24.com

She’s 13 going on 30 karat. “Elektra” star Jennifer Garner gave an electrifying jolt to rumors that’s she gotten engaged to boyfriend John Miller, when she flashed a glimpse of a huge diamond ring while chatting on an Instagram Live show Tuesday. The 49-year-old Hollywood star showed off the bling...
CELEBRITIES・29 DAYS AGO
Popculture

The Happy Days family has lost on of its original stars. Irish actor Gavan O'Herlihy, who starred in the first season of Happy Days, died on Sept. 15 at age 70. His death was first reported on Nov. 9 in the Irish Echo. O'Herlihy also starred in Superman III, Willow, and Never Say Never Again. He was the son of Oscar-nominated actor Dan O'Herlihy.
TV & VIDEOS・20 DAYS AGO

Hollywood has lost a star way too soon. Heath Freeman, the actor who appeared in hit shows like "NCIS" and "Bones", has died, his manager confirmed to E! News. Heath was 41 years old. "We are truly devastated at the loss of our beloved Heath Freeman," a statement from his...
CELEBRITIES・15 DAYS AGO
glamourmagazine.co.uk

Just in time for the holiday shopping season, Ivy Park dropped its latest collaboration with Adidas. And the accompanying video features Beyoncé with both her daughters, Blue Ivy and Rumi. Obviously, the three look absolutely iconic together. Titled #HALLSOFIVY, the video puts a new spin on the “Ivy League” collegiate...
CELEBRITIES・1 DAY AGO
KNX 1070 News Radio

The 26-year old was left outside a Kaiser Permanente hospital two weeks ago after a night out in the Hollywood Hills. Police are investigating what the woman’s family and friends have said may have been a forced drug overdose.
LOS ANGELES, CA・3 DAYS AGO
People

Sandra Bullock 'Sometimes' Wishes She 'Matched' Her Kids' Skin: 'Easier on How People Approach Us'

Sandra Bullock is opening up about her experience parenting two Black children. In an exclusive clip from Wednesday's episode of Red Table Talk, the 57-year-old actress sits down with Willow Smith, Jada Pinkett Smith and her mother, Adrienne Banfield-Norris, for a candid conversation about motherhood, where she admits that she "sometimes" wishes she and her kids had the same skin color.
CELEBRITIES・2 DAYS AGO

Death is never an easy thing to deal with, but it is especially difficult when it happens to someone who is young and hasn’t gotten the chance to meet their full potential. Sadly, that was the case for up and coming actor, Joey Morgan. The talented young performer was just getting his feet wet in the entertainment industry and he appeared to have a bright future ahead of him. However, his life was cut short in November of 2021 when he suddenly passed away at just 28 years old. Even though he is no longer here, his memory will continue to live on through his work and the countless lives he touched. Keep reading to learn more about Joey Morgan’s legacy.
CELEBRITIES・7 DAYS AGO
Insider

Pete Davidson says he takes women to good restaurants in case he's a "shitty" date. Speaking on "River Cafe Table 4" podcast, he said if he's a bad date, "at least the food was great." Davidson also told host Ruthie Rogers that dates who are rude to waiting staff are...
BEAUTY & FASHION・15 DAYS AGO
People

A Massachusetts community is rallying around a local family after all four members recently contracted COVID-19. Mike and Erica DeCelle, as well as their daughters Kylie and Mikayla, all tested positive for the virus last week, according to a GoFundMe page set up on their behalf by family friend Ashley LeMay.
FAMILY RELATIONSHIPS・2 DAYS AGO
hngn.com

Brian Laundrie's parents have put up their Florida home for sale and seem to be looking to move away weeks after the discovery of their son's remains were found in an alleged suicide case. The couple has put up "for sale" signs in the front yard of their North Port,...
NORTH PORT, FL・1 DAY AGO

Ben Affleck and J.Lo are back in California! The couple were dressed casually as they landed home in L.A. making their way to an SUV. Jennifer Lopez, 52, and Ben Affleck, 49, have had a quiet last two weeks — but the couple are back together after their filming schedules in different countries! Jennifer glowed as she went makeup free in the photos, snapped on Friday, Nov. 19, rocking a casual white sweatsuit and a throwback pair of camel colored Ugg boots. She carried a black Louis Vuitton keep-all bag in her hand, which appeared to match the same one Ben threw over his shoulder.
CELEBRITIES・12 DAYS AGO
Essence

A 40-Year-Old Woman Died of COVID After Her Daughter, Who Works in Health Care, 'Begged' Her to Get Vaccinated

A Minnesota mother of four whose daughter "begged" and "pleaded" for her to get vaccinated has died of COVID-19. Now, the unvaccinated woman's husband—who himself spent more than two weeks in the hospital with the virus—is joining his daughter in urging others to get the vaccine. Jeremy Voss shared in...
RELATIONSHIPS・2 DAYS AGO
WKBN

Actor and producer Heath Freeman, known for his roles in "NCIS" and "Bones," has died at the age of 41, his manager announced Tuesday.
CELEBRITIES・16 DAYS AGO