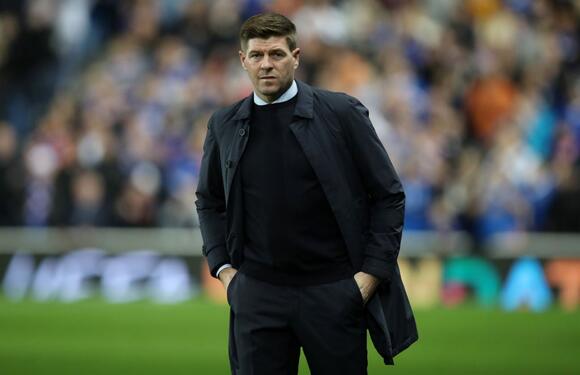 Rangers boss Steven Gerrard made no denial of his intrigue at recent events around Newcastle United , but far from saying he’d be keen on the managerial role he has been linked with, he instead pointed out that most of the football world will be watching on to see how the situation develops.

Almost overnight, Newcastle have become one of the most talked-about clubs in the Premier League after Saudi Arabia-backed vehicle P.I.F. took a majority holding and completed a takeover from former chief Mike Ashley .

Enormous finances are now available to the Magpies and fans are expectant of a push for significant signings and silverware across the coming campaigns - and a new manager has been suggested as being front and centre of plans to achieve both.

Right now, though, Steve Bruce is still in charge and will be on the bench for the weekend fixture against Tottenham, with Gerrard responding to questions over the club potentially wanting to take him from Rangers by saying he wouldn’t comment on someone else’s position.

“I think if anyone deserves a break it’s the Geordie fans. So I’m sure that excitement levels are very high down on the Toon. And obviously everyone connected with the game is looking in with interest, to see how that develops.

“But from a personal point of view, I don’t really get involved in speculation. And I wish Steve Bruce all the best.

“I don’t really react or get involved in any kind of speculation, especially when there’s someone who I have the utmost respect for sitting in that job. I wouldn’t like people to be speculating about my job. For me, I am in a very big job and a very big role here which I am very much fully focused on.”

Gerrard’s own club, Rangers, have a big fixture of their own to focus on, as the leaders host second-place Hearts at the weekend with just a point between them in the table.

That, combined with what he terms a “personal relationship” with Bruce, means his only Newcastle focus will be on the fact it’s a landmark occasion for the current incumbent at St. James’ Park.

“We’ve got a top-of-the-table clash at the weekend and it’s a game I am very much looking forward to.

“I’ve certainly got one eye on Newcastle in terms of Brucey getting his 1,000th game. He’s a great character of the game, he’s someone who I have a personal relationship with and I have the utmost respect for him.

“I’m really looking forward to seeing him getting his 1,000th game, I think it’s a mammoth achievement, so congratulations to him at the weekend.”

Newcastle are yet to pick up their first league win of the season and sit 19th in the table.

New boss Steven Gerrard has called on his Villa side to ‘back up’ their Brighton win with a string of results. After five straight losses Gerrard began his reign by bringing the winning feeling back and wants more of the same from his side. “This has just given us something...
PREMIER LEAGUE・11 DAYS AGO
LFCTransferRoom

Bruce left St James’s Park last month after his team made a disastrous start to the Premier League season. Fans had been calling for him to go for weeks – there were chants of “we want Brucie out” this season – and the decision was taken after a shambolic 3-2 home defeat to Tottenham Hotspur.
PREMIER LEAGUE・12 DAYS AGO
Sunderland Echo

Bruce left Newcastle United last month following a disastrous – and winless – start to the Premier League season. The 60-year-old – who led Man United to the Premier League title during his playing career – suggested at the time that the Newcastle job would be his last in management, though he added: “Never say never, I’ve learnt that.”
PREMIER LEAGUE・10 DAYS AGO

Steven Gerrard's Aston Villa beat Patrick Viera's Crystal Palace 2-1 as the former Liverpool captain makes it two wins out of two matches since joining them 2 weeks ago, despite a late consolation. Matt Taggert and a late John McGinn goal sealed a fantastic away win for Aston Villa as...
PREMIER LEAGUE・7 DAYS AGO
ESPN

Aston Villa continued their resurgence under new manager Steven Gerrard when they claimed a second consecutive Premier League victory by beating Crystal Palace 2-1 at Selhurst Park on Saturday. Goals from Matt Targett and John McGinn moved Villa up to 11th spot, level with 10th-placed Palace who got a consolation...
PREMIER LEAGUE・7 DAYS AGO
ESPN

Is Villarreal's patience with Unai Emery running out after Newcastle interest?

Unai Emery can thank his lucky stars that his billionaire employer at Villarreal, Fernando Roig, is both a grateful and forgiving man. At least for the moment. There are plenty of ruthless, elite clubs around Europe who, in identical circumstances, would already be sniffing out opportunities to poach a rival coach -- not to mention eyeing up free agents like Diego Martinez or Ernesto Valverde.
UEFA・4 DAYS AGO
The Guardian

Ralf Rangnick has spoke about his appointment as Manchester United interim manager and his plans for the team. Join Dave Tindall now
PREMIER LEAGUE・1 DAY AGO

Callum Wilson says Newcastle lost ground at the start of the season because they were not fit enough for the pace of the Premier League. The striker is the latest player to suggest the squad was not in peak condition under former boss Steve Bruce and that fitness has only improved for the arrival of Eddie Howe.
PREMIER LEAGUE・1 DAY AGO
SkySports

Ezri Konsa is still shaking his head about the penalty that he is convinced should have been awarded to Aston Villa against Manchester City on Wednesday. It was widely reported that Nathan Ake had fouled him but that only adds to his frustration. "Once I saw that people were saying...
PREMIER LEAGUE・1 DAY AGO
Tribal Football

Newcastle United striker Callum Wilson has taken aim at former manager Steve Bruce. Wilson reckons the summer preparations under Bruce – replaced by Eddie Howe after leaving in October – have handicapped them. Speaking with West Ham striker Michail Antonio on the The Footballer's Football Podcast, he said: “I'd say...
PREMIER LEAGUE・21 HOURS AGO
AFP

'I like to think I'm one of the best': Real Sociedad's Mikel Merino

"He's the best player in the league," said Real Sociedad coach Imanol Alguacil in September after his team had just beaten Granada to go third in La Liga, three points behind Real Madrid.  Real Madrid have taken a seven-point lead at the top of La Liga but Real Sociedad in third have looked as likely as anyone to keep up, with the chance now to prove it at the Reale Arena.
SOCCER・1 DAY AGO

Aston Villa boss Steven Gerrard has backed Ollie Watkins to return to the England squad. The striker has impressed Gerrard during his short time in charge, scoring two goals in Gerrard’s first three games as manager, against Brighton last month and Manchester City in midweek. Gerrard thought the 25-year-old’s performance...
PREMIER LEAGUE・10 HOURS AGO
The Guardian

Eddie Howe is refusing to look at a daunting December fixture list after seeing Newcastle finally end their wait for a first Premier League win of the season at the 15th attempt.Callum Wilson’s goal handed the Magpies a priceless 1-0 victory over fellow strugglers Burnley at St James’ Park on Saturday and lifted them from the foot of the table.However, they face Leicester and Liverpool away in their next two games and then host Manchester pair City and United in quick succession in a stern test of their fledgling recovery.Asked how important it was to be going into those games...
PREMIER LEAGUE・1 HOUR AGO
The Independent

Callum Wilson finally handed Newcastle their first Premier League win of the season at the 15th attempt as they rode their luck to see off fellow strugglers Burnley Eddie Howe’s men were decidedly second best for long periods in front of a crowd of 51,948 at St James’ Park but made the most of a slice of good fortune when Wilson blasted home his sixth goal of the season after goalkeeper Nick Pope had dropped the ball at his feet.The 1-0 victory, which was a reward for hard work and doggedness rather than quality, lifted the Magpies off the foot...
PREMIER LEAGUE・3 HOURS AGO
The Independent

If you are already bored of the interminable debate over whether Cristiano Ronaldo is a help or a hindrance to Manchester United, bad news, this is just the beginning. It is not going away any time soon, partly because he is not going away any time soon either. Just as Old Trafford prepares to enter the gegenpressing era and even more attention is paid to what he does off the ball, he keeps winning matches with what he does on it.That might ignore some of the particular nuances in the arguments over Ronaldo’s role in this team, on both sides...
PREMIER LEAGUE・1 DAY AGO
Yardbarker

Advice to the Gooners who want to call the likes of me names for questioning where the club is at ……. maybe don’t post abuse before Arsenal yet again fail in a big game? Once again proving the likes of myself correct…. No one has a right to tell anyone...
PREMIER LEAGUE・1 DAY AGO
The Independent

No evidence Joey Barton was ‘someone in a rage’, jury told

There is no evidence former Premier League player Joey Barton was “someone in a rage” moments before a rival manager suffered injuries to his face in the tunnel after a match, his barrister has told a jury.Simon Csoka QC was making his closing speech to jurors at the trial of Barton, who is accused of assaulting then Barnsley manager Daniel Stendel following a League One match in April 2019.Barton, 39, is accused of barging Mr Stendel in the tunnel at the South Yorkshire side’s Oakwell stadium, causing the German coach to hit his face on a metal support and leaving...
SPORTS・1 DAY AGO