What’s Up With Apple: Criticism From Inside and Out, and More 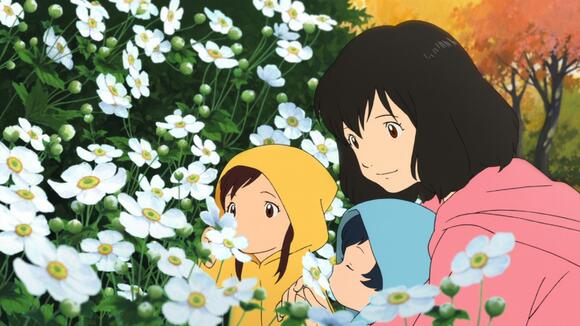 When Apple introduced the idea in early August and said it would be available in iOS 15, the uproar from privacy advocates was loud enough to persuade the company to withhold the new feature and "take additional time over the coming months to collect input and make improvements before releasing these critically important child safety features."

Apple's proposed technology is known generically as client-side scanning (CSS). That means that an iPhone would have come with a bit of software that would allow Apple to scan photos (and, presumably, other content) and prevent those from being uploaded to iCloud. According to the new report from Cambridge, " Bugs in Our Pockets: The Risks of Client-Side Scanning ":

CSS by its nature creates serious security and privacy risks for all society while the assistance it can provide for law enforcement is at best problematic. There are multiple ways in which client-side scanning can fail, can be evaded, and can be abused.

Plainly put, it is a dangerous technology. Even if deployed initially to scan for child sex-abuse material, content that is clearly illegal, there would be enormous pressure to expand its scope. We would then be hard-pressed to find any way to resist its expansion or to control abuse of the system.

The introduction of scanning on our personal devices—devices that keep information from to-do notes to texts and photos from loved ones—tears at the heart of privacy of individual citizens. Such bulk surveillance can result in a significant chilling effect on freedom of speech and, indeed, on democracy itself.

Another Apple employee has criticized the company's treatment of women and other underrepresented groups . Cher Scarlett, a software engineer, told the Washington Post, "Apple does not care about its employees. It cares about money. Maybe that’s capitalism, and that's just the way corporations are. But I can't live my life further accepting it and not saying something about it."

In August, Ashley Gjøvik, a senior engineering program manager at Apple, made similar complaints about the company. She had been on paid administrative leave since July after filing complaints alleging sexism, a hostile work environment, sexual harassment, unsafe working conditions and retaliation at the company. She was fired in early September.

According to the latest report from Counterpoint Research, Apple captured 40% of the revenue and 75% of the operating profit in the cellphone handset market in the second quarter of this year. Apple's share of shipments was 13%.

CNBC reported Thursday that Apple's market cap has dropped by $229 billion since setting a new all-time high in September. Including Apple, there are just 55 U.S.-traded companies with market caps higher than $229 billion.

Apple has hired a new leader to turn the company's HomePod smart speaker into a hit. Afrooz Family worked at Apple from 2012 to 2016 and left to co-found his own company.

We’re Geeking Out Over These Apple Deals: Save Up to $200 on MacBooks, iPads and Apple Watches

Here's where you can find the best Black Friday deals on Apple products.
ELECTRONICS・6 DAYS AGO
Ars Technica

Apple has a new work-from-home policy, but it’s still not what employees want

Few large companies have had a more contentious internal argument over remote work amid the pandemic than Apple, but it is moving ahead with bringing many employees back into physical offices starting in February. Further Reading. As previously reported by CNBC, Apple CEO Tim Cook, in an email to employees,...
BUSINESS・12 DAYS AGO
24/7 Wall St.

What’s Up With Apple: More Stock Buybacks, Fix Your Own iPhone and More

Apple is well on its way to achieving a net cash neutral position. Here's what that means for investors.
TECHNOLOGY・14 DAYS AGO

Apple now allows employees to talk about salaries and other issues. The company also may have misled users of its Podcasts app.
BUSINESS・10 DAYS AGO
Apple Insider

AppleInsider is supported by its audience and may earn commission as an Amazon Associate and affiliate partner on qualifying purchases. These affiliate partnerships do not influence our editorial content. — In this week's episode ofHomeKit Insider we talk about Apple's home services head's departure, a new study on smart home adoption rates, and a few new product launches.
TECHNOLOGY・10 DAYS AGO

While U.S. equity markets tanked on Tuesday, Apple stock rose by more than 3% and was headed for a new all-time high early Wednesday.
TECHNOLOGY・1 DAY AGO
The Motley Fool

Why Investors Are Happy With Apple Stock Today

The most innovative gadgets of 2021

It's the Best of What's New. AppleChips from some of the world’s biggest tech companies shined through supply chain woes to both earn spots among this year’s Best of What’s New.
ELECTRONICS・1 DAY AGO
24/7 Wall St.

Demand for iPhone 13 is reported to be falling, and a top engineer on Apple's reported car project has left the company.
CELL PHONES・3 HOURS AGO
9to5Mac

‘First Apple Watch’ from 1988 up for auction, the Seiko WristMac

A Seiko WristMac – what an auction house is referring to as the “first Apple Watch” – is up for auction. The device was sold in 1988 as an early Macintosh accessory …. The auction is being run by Comic Connect, which, as the name suggests, mostly specializes in selling...
ELECTRONICS・10 DAYS AGO
9to5Mac

Black Friday is upon us as Thanksgiving week draws closer, with a collection of the latest from Apple already going on sale. While you’ll find discounts on AirPods, iPhone 13 accessories, and much more, we’re also seeing a number of Black Friday Apple Watch deals, too. With price cuts on the more affordable wearables in Apple’s stable kicking off the festivities this year, you can head below for all of the best Apple Watch Black Friday deals.
ELECTRONICS・9 DAYS AGO
InvestorPlace

What to Do with Apple as the Stock Breaks Out

Apple (NASDAQ:AAPL) is on the move. On Wednesday, Nov. 17, the shares finally broke out of an earnings-induced trading range. The impact on sector performance was immediate and obvious. In fact, it helped the tech sector hold firm, even as heavy profit-taking pulled other areas lower. So, if you’ve taken your eyes off of AAPL stock, it’s now time to return.
STOCKS・13 DAYS AGO
9to5Mac

Apple is opening a new store in Berlin on December 2. The Rosenthaler Strasse retail store is Apple’s second in the city, joining its Kurfürstendamm location. The new store is the city’s center, in the Mitte borough by the Hackesche Höfe, surrounded by historical locations, as well as art and design studios.
BUSINESS・13 HOURS AGO
TheStreet

Are You Long Apple as Stock Makes All-Time Highs Again?

While the market has been on shaky ground lately, investors anchored with Apple (AAPL) - Get Apple Inc. Report have done just fine. The stock is bursting to another all-time high on Wednesday and currently up about 2.5%. Despite the stock market closing lower on Tuesday — with the Nasdaq...
STOCKS・21 HOURS AGO
geekwire.com

After winning support from Microsoft shareholders for more transparency and independence in the company’s handling and disclosure of sexual harassment cases, an investor is calling on Microsoft to publicly release the results of an independent investigation into past allegations against co-founder Bill Gates. Microsoft shareholders sent a signal “that these...
BUSINESS・22 HOURS AGO
Ars Technica

Thousands of networking devices belonging to AT&T Internet subscribers in the US have been infected with newly discovered malware that allows the devices to be used in denial-of-service attacks and attacks on internal networks, researchers said on Tuesday. The device model under attack is the EdgeMarc Enterprise Session Border Controller,...
PUBLIC SAFETY・1 DAY AGO