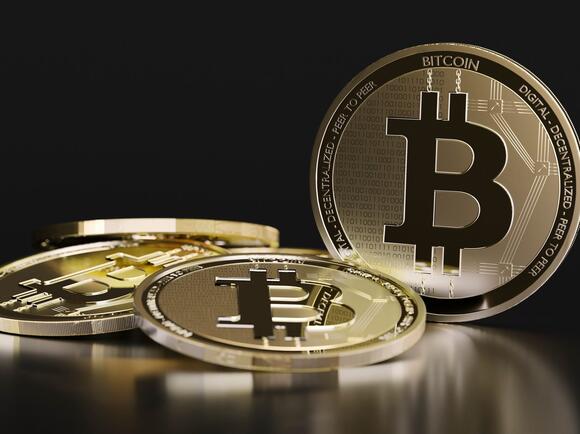 Bitcoin topped $60,000 for the first time since April on Friday as investors celebrated the prospect of the SEC approving the first US bitcoin futures ETF within days.

Market sentiment is on the upturn as the SEC is ready to allow the first US bitcoin futures ETF to start trading next week, according to Bloomberg .

Anticipation has been further fuelled by the regulator approving Volt Equity's ETF last week, according to Will Hamilton, head of trading and research at digital asset management firm TCM Capital.

Volt's ETF specifically tracks companies that have significant exposure to bitcoin, or generate most of their profit from bitcoin-related activities like mining, lending, or manufacturing mining equipment.

"It's a small step, but a very promising one," Hamilton said. "In essence, the SEC has given the nod, from an investor protection point of view, that investing in these heavily crypto-exposed companies is 'ok'."

Separately, a direct update from the SEC seems to have contributed to Friday's moves. The regulator's investor education Twitter account posted a link to a June notice on Thursday, warning about the risks associated with investing in bitcoin.

"Before investing in a fund that holds Bitcoin futures contracts, make sure you carefully weigh the potential risks and benefits," the tweet said. Investors interpreted it as signalling the regulator will approve those types of funds at some point next week.

On Wednesday, Russian President Vladimir Putin said he recognizes cryptocurrencies as a means of payment . And Morgan Stanley CEO James Gorman admitted crypto is more than just a fad .

Further, Coinbase proposed creating a special regulator as a potential solution to the lack of regulatory clarity and enforcement in crypto markets, as it believes digital assets need to be treated differently to stocks.

Crypto traders seem to have brushed off comments from JPMorgan boss Jamie Dimon that bitcoin is "worthless," and Bank of England's deputy governor Jon Cunliffe warning that the coin could trigger a 2008-level meltdown .

Read More: 2 ETF veterans-turned crypto investors break down why they think the SEC should approve a bitcoin ETF that invests in the digital currency itself instead of futures contracts - and share the 3 main pitfalls of a futures-based ETF

Robinhood's chief legal officer said new legislation directed at the cryptocurrency market likely wasn't on the horizon. In a Wednesday interview with CNBC, Robinhood's Daniel Gallagher said given the dynamic in Congress, "it's a stretch to believe that there will be legislation coming out on crypto anytime soon." Gallagher made...
MARKETS・15 HOURS AGO
Markets Insider

Ethereum is outperforming bitcoin because its a technology bet rather than a bet on inflation, says crypto bull Mike Novogratz

Mike Novogratz said Wednesday that ethereum is attractive as a bet on the technology versus bitcoin's appeal as an inflation hedge. The crypto bull said ethereum is outperforming bitcoin as the Fed looks to tackle inflation. He added that the economy is booming, and expects the markets to see a...
BUSINESS・17 HOURS AGO
InvestorPlace

Cryptocurrency investors are on high alert this week. The asset class is being rocked by some outside factors. Now Bitcoin’s (CCC:BTC-USD) flash crash this past weekend is reminding crypto bulls why you can’t always expect big gains. But with the market largely trending downward, there’s now also a chance to snatch up cryptos to buy at a discount.
BUSINESS・1 DAY AGO

Want to Be a Millionaire? 2 Stocks to Buy and Hold for the Next Decade

Long-dated yields for U.S. government debt ended higher Wednesday after posting the biggest three-day rise in three to four weeks as investors digested news suggesting the omicron variant of coronavirus may not impact the economy as much as feared.
MARKETS・14 HOURS AGO
The Motley Fool

This "old" altcoin has superb upside potential since it is positioned for a rebound.
MARKETS・1 DAY AGO
The Motley Fool

Grayscale Investment wants its largest bitcoin trust to be an ETF. A miscue briefly made its wish come true.

Could Robinhood add Shiba Inu functionality? Investors seem to be placing their bets in the affirmative.
STOCKS・1 DAY AGO
Markets Insider

US futures rose Wednesday after stocks posted their biggest rise since March as investors reassessed Omicron. The early signs out of South Africa suggest Omicron symptoms are mild, although scientists are still racing to find out more. Asian stocks rallied on the back of strong Chinese trade data and the...
MARKETS・23 HOURS AGO

Two OG meme stocks were in the news Wednesday, along with a couple of double-digit gainers. One of those was likely due to some reported insider buying.
STOCKS・16 HOURS AGO
Markets Insider

Investors took advantage of a recent sell-off in stocks sparked by the emergence of the Omicron coronavirus variant by pushing nearly $7 billion into the market, moves that amounted to the largest inflows in four years, Bank of America said Tuesday. The investment bank tallied its clients dip-buying in stocks...
STOCKS・1 DAY AGO
The Motley Fool

Gold futures inch higher, but finish below highest intraday level in past week

Gold futures inched higher on Wednesday, but finished below the intraday high which was the highest level since last week, as investors watched developments with the omicron variant of the coronavirus and awaited U.S. inflation data due out at the end of the week.
BUSINESS・16 HOURS AGO
Benzinga

Bitcoin Or Ethereum: Which Will Break Out First?

From my previous articles, you will have picked up that I do not trade or invest in the indices. The S&P 500, the Nasdaq 100 and the Dow 30 are averages of a group of stocks. I use them to guide me in market conditions and then scan for and analyze stocks that are performing better than the average in a bull trend and add those to the portfolio.
MARKETS・1 DAY AGO
dailyhodl.com

Seven altcoins are surging after a surprise listing by top US crypto exchange Coinbase. In a new blog post, Coinbase says that 5 Ethereum tokens and 2 other altcoins will start trading on Coinbase Pro once appropriate liquidity conditions are met. Circuits of Value (COVAL) skyrocketed from $0.02 to $0.06...
STOCKS・1 DAY AGO
Markets Insider

US futures edge lower after the S&P 500 closes just shy of a record, as investors assess Omicron risks

The S&P 500 is back near record highs, with investors reassessing the risks from the coronavirus strain, as focus turns to Friday's inflation data.
BUSINESS・51 MINUTES AGO