Adele Releases New Song, Music Video for “Easy on Me”

By Ariana Brockington
The Hollywood Reporter
2021-10-14 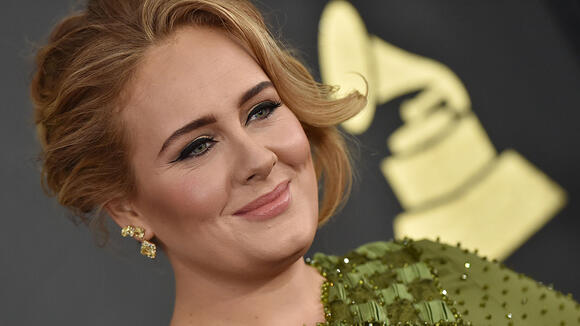 Adele is back with her powerful vocals that fans know and love.

After waiting five years since her last song, Adele finally released “Easy on Me” Thursday, an emotional ballad that reflects on how she has grown over the years.

During the chorus, she belts, “Go easy on me, baby. I was still a child. Didn’t get the chance to feel the world around me.”

The songstress originally teased “Easy on Me” last week by posting a short black-and-white clip on Twitter of her cruising down the road as pages fly from the car seats. The scene appears in the song’s music video, which also arrived Thursday. In the music video, the singer can be seen driving away from an empty house with her packed car. During the second verse, the video transitions to color as Adele continues to sing with the music pages fluttering in the wind.

The ballad is the first single off her upcoming album, which is expected to be titled 30 , continuing the trend of naming her records after pivotal ages in her life.

The new release follows her divorce from Simon Konecki, with whom she shares her 9-year-old son Angelo, earlier this year. But she specified that she is not writing a “divorce” album. She explained to Vogue , “He’s not one of my exes. He’s the dad of my child. It was more me divorcing myself. Just being like, ‘Bitch, fuckin’ hot mess, get your fuckin’ shit together!’ “

When announcing the album on her social media, the singer described it as her “ride or die throughout the most turbulent period of my life.” “When I was writing it, it was my friend who came over with a bottle of wine and a takeaway to cheer me up. My wise friend who always gives the best advice.… The friend who’d stay up all night and just hold my hand while I’d sob relentlessly not knowing why,” she wrote.

She added, “I’ve painstakingly rebuilt my house and my heart since then and this album narrates it. Home is where the heart is.”

In a wide-ranging interview with Vogue last week, Adele said the new album is one that she doesn’t envision letting go: “ I always say that 21 doesn’t belong to me anymore,” she told the publication. “Everyone else took it into their hearts so much. I’m not letting go of this one. This is my album. I want to share myself with everyone, but I don’t think I’ll ever let this one go.”

Hollywood’s Sobering New Reality of Fentanyl Lacing: “Don’t Gamble If You Don’t Have a Stash From Pre-2020”

On Saturday night, Sept. 25, the LAPD dispatched officers to the $16 million Brentwood home of Richard Lovett, a parent and the president of CAA, to respond to a large party of high schoolers from the city’s private school scene. The police didn’t only disperse the gathering at the house — which is near the mansion used as the exterior for The Fresh Prince of Bel-Air — but responded to two drug overdoses, one of which The Hollywood Reporter has learned was the consequence of unintended ingestion of the ultra-powerful synthetic painkiller fentanyl. Both minors survived. Lovett declined to comment about the previously unreported...
PUBLIC SAFETY・1 DAY AGO
The Hollywood Reporter

Kathy Griffin is sharing more about how living with drug addiction led to her attempted suicide and how life after her lung cancer surgery has been happier. While appearing on The View Thursday in part to promote her role in the TBS comedy Search Party, the comedian and actress echoed earlier comments about when she began misusing pills, telling the co-hosts that it started “a couple years before the Trump thing.” Griffin was referring to the 2017 photo of her holding a bloody effigy of then-President Donald Trump’s head. She lost her job at CNN over the photo and was investigated by...
CELEBRITIES・11 HOURS AGO
The Hollywood Reporter

Next Big Thing: Philemon Chambers on Starring as First Black Actor in an LGBTQ Christmas Rom-Com

It didn’t unfold at a counter at Schwab’s Pharmacy, but Philemon Chambers has a seemingly-out-of-nowhere discovery story, too. Chambers (his first name is pronounced “phil-LEE-mun”), 27, had been struggling to make it as an actor since 13, with only a few small roles on TV series like Criminal Minds and All Rise on his résumé. But in late 2020, after surviving a nasty bout of COVID-19, Chambers stumbled upon an opportunity to audition for a Netflix Christmas movie called Single All the Way. “Two weeks after I got better from COVID, that’s when the audition came,” he says. “And I remember having this...
COMPTON, CA・18 HOURS AGO
SheKnows

Adele’s Son Issues Heartbreaking Plea in New Song: ‘I Feel Like You Don’t Love Me’

At long last, the highly-anticipated new album from Adele has finally arrived — and there’s an extremely high chance you won’t make it through without having a good cry, so keep those tissues on hand as you give it a listen. Among the many emotional songs on the album sits...
MUSIC・13 DAYS AGO

Listen to Adele’s New Song “To Be Loved”

Remember when Adele leaked “Easy on Me”? Well, she’s given us another leak from her upcoming album 30! On Wednesday, the Grammy winner posted a video on social media of herself singing along to “To Be Loved,” a song that will be on her new album. In the six-minute song, Adele sings about the difficult decision to follow through with her divorce from Simon Konecki in 2019 and the impact it will have on their 9-year-old osn Angelo.
LOS ANGELES, CA・15 DAYS AGO
Complex

Fetty Wap celebrated his recent release from jail Monday by dropping a music video for his new song “First Day Out.”. The track arrives just a month after Fetty was arrested ahead of his performance at Rolling Loud in New York, for his alleged connection with a nationwide drug trafficking ring that was based in Long Island. The New Jersey rapper and five others were charged with “conspiracy to distribute and possess controlled substances, including cocaine, fentanyl and heroin,” according to an indictment.
MUSIC・3 DAYS AGO
arcamax.com

Adele is taking the country music business by storm. Much like her Columbia Records labelmate Lil Nas X did in 2019 with “Old Town Road,” the British vocal powerhouse has made it to the country music charts with a superstar collaboration. “Easy On Me” (featuring Chris Stapleton) has debuted at...
MUSIC・7 DAYS AGO
iHeartRadio

Adele releases '30,' including a bonus version of 'Easy On Me' featuring Chris Stapleton
MUSIC・13 DAYS AGO

Hot 100: Taylor Swift Set to Unseat Adele’s ‘Easy On Me’ With Historic #1 Debut of ‘All Too Well’

While the red hot commercial performance of Taylor Swift‘s latest effort – the re-release of her fourth studio album ‘Red’ – is set to be accompanied by a number of history-making accolades, two tower above the rest. See what they are inside:. As we reported here, ‘Red (Taylor’s Version)’ has...
MUSIC・14 DAYS AGO
thatgrapejuice.net

With Adele’s new album ’30’ dominating on a global scale, the superstar took center stage for a special presentation at this evening’s NRJ Awards 2021 in Paris, France. There, the 33-year-old thrilled with a powerful performance of the project’s chart-topping lead single ‘Easy On Me.’. Watch the British belter in...
CELEBRITIES・12 DAYS AGO
mxdwn.com

Aesop Rock and Blockhead have released a cinematic new music video for their track, “Flamingo Pink.” The track was on Aesop Rock and Blockhead’s recently released project, Garbology. It was the duo’s first full length collaboration after decades of features on each other’s projects. The music video for “Flamingo Pink” was directed by Rob Shaw.
MUSIC・12 DAYS AGO
HOLAUSA

Every Friday, we highlight the newest and most exciting releases from artists across all genres. This week, we got a ton of new music from artists we hear from all the time, along with those we’ve been waiting for new music from for years, including some of the...
MUSIC・13 DAYS AGO

Rapper YoungBoy Never Broke Again has proven himself to be one of the most bankable young stars in the rap game, with a loyal legion of fans who religiously support his single, music video, and album releases—making the recent purge of the music videos published on his YouTube page even more peculiar. The Baton Rouge native has racked up over nine billion views combined on his YouTube page to date. Yet, his manager, Alex Junnier, has accused YouTube of failing to properly advertise and support YoungBoy’s Sincerely, Kentrell album. View this post on Instagram A post shared by DJ Akademiks (@akademiks) While...
BEHIND VIRAL VIDEOS・2 DAYS AGO
Variety

Spotify has unveiled its annual 2021 Wrapped campaign — where users can see the music they listened to the most all year — and with that comes the top artists, albums, songs, playlists and podcasts on the world’s largest streaming service, with more than 381 million total users. The full charts are below, but first, some stats: Globally speaking, with more than 9.1 billion streams this year, Puerto Rican rapper Bad Bunny is Spotify’s most-streamed artist of 2021, followed by the most-streamed female artist of the year Taylor Swift. The most-streamed song of 2021 globally is Olivia Rodrigo’s “Drivers License,” with more than 1.1 billion streams . In the second and third...
MUSIC・1 DAY AGO
hiphop-n-more.com

Freddie Gibbs made some noise not too long ago when he tweeted a list of producers on his upcoming album before proceeding to call it “album of the year”. To many, this implied that he was going to be dropping before 2022 comes around, in the next month and a half.
MUSIC・14 DAYS AGO
101 WIXX

Following the resounding success of her best-selling album 30﻿, Adele‘s “Easy On Me” has recaptured the number one spot on the Billboard Hot 100. Not only that, a new song of hers has debuted in the top five — “Oh My God,” which is in fifth place on the chart.
MUSIC・3 DAYS AGO
Billboard

30 is the magic number for this week following the release of Adele‘s fourth album, which focuses on how the superstar has been going through a Rolodex of emotions in the aftermath of her divorce that she’s trying to explain to her young son. But for Saweetie, the MC declares...
MUSIC・13 DAYS AGO