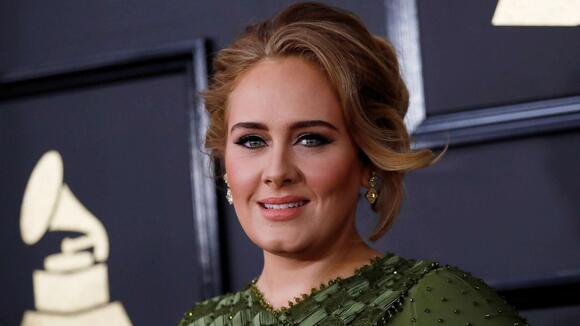 Adele is officially back.

The British singer, 33, released the music video for "Easy on Me," her first new song in six years, as the clock struck midnight in the U.K., meaning the U.S. didn't have to stay up late to enjoy the tune.

The music video starts off in black and white with Adele leaving her home. Once she’s in her car, she turns the radio up, starts driving away and “Easy on Me” begins to play.

Within minutes of its premiere, the singer’s music video garnered nearly half a million views on YouTube.

Adele first teased "Easy on Me" last week and announced earlier this week she will release her fourth album, titled "30," on Nov. 19.

MORE: Adele breaks her silence on her divorce, new love, and upcoming album

Adele called this new album, "my ride or die throughout the most turbulent period of my life," adding that it became like a "friend" to her in many ways.

"I've painstakingly rebuilt my house and my heart since then and this album narrates it," she said. "Home is where the heart is."

Chlöe, best known as Chloe Bailey of the sister duo Chloe x Halle—was among the performers tonight at the 2021 American Music Awards. She took the AMAs stage with a performance of her solo single “Have Mercy.” Watch it happen below. Chlöe previously performed the song on The Tonight Show...
CELEBRITIES・13 DAYS AGO
thatgrapejuice.net

With Adele’s new album ’30’ dominating on a global scale, the superstar took center stage for a special presentation at this evening’s NRJ Awards 2021 in Paris, France. There, the 33-year-old thrilled with a powerful performance of the project’s chart-topping lead single ‘Easy On Me.’. Watch the British belter in...
CELEBRITIES・14 DAYS AGO
AceShowbiz

Little Angelo doesn't really care about his famous mother's highly-anticipated studio album '30' as he preferred playing game to listening to her new music. AceShowbiz - Adele's son Angelo hid under a blanket and played on his phone while she debuted her new album "30" to pals. The singer is...
MUSIC・7 DAYS AGO
Wide Open Country

We all know that Chris Stapleton has one of the best voices in the country industry, hands down. So why not pair it with one of the best pop voices of all time -- Adele? The duo decided to team up for her recent single, "Easy On Me" off her latest album, 30.
MUSIC・13 DAYS AGO

An Australian TV journalist has apologized for failing to listen to Adele‘s new album ahead of an interview with her. Matt Doran, who co-hosts “Weekend Sunrise” on the country’s Channel 7, traveled to London with a camera crew for an exclusive interview with the British singer songwriter. The interview took...
CELEBRITIES・13 DAYS AGO
Black America Web

Adele’s 30 released today and after six long years patiently waiting for new music, the 12-track album is available everywhere. As she previously said, the album is an open letter to her 9-year-old son about the divorce with his father, Simon Konecki. “I just felt like I wanted to explain...
MUSIC・13 DAYS AGO
Billboard

"Easy on Me" is the first song to lead simultaneously in airplay, streaming and sales since "Despacito" in 2017. As Adele‘s new LP 30 blasts in at No. 1 on the Billboard 200 albums chart with the biggest week of 2021, lead single “Easy on Me” rebounds for a fifth week atop the Billboard Hot 100 songs chart.
MUSIC・6 DAYS AGO

Dionne Warwick and Chance the Rapper have a new song together. It’s called “Nothing's Impossible”; check it out below. The seemingly unlikely collaboration was the result of a connection the two artists made after after the R&B legend tweeted about Chance the Rapper’s name back in December. (“Hi @chancetherapper. If you are very obviously a rapper why did you put it in your stage name? I cannot stop thinking about this.”)
MUSIC・8 DAYS AGO
GMA

This is her third No. 1 album.
CELEBRITIES・6 DAYS AGO
vsuspectator.com

Adele’s fourth studio studio album has been released, and she claims the inspiration for this album came from her recent divorce between her and her ex-husband, Simon Konecki. The leading single, “Easy on Me,” was released as a precursor to the release of the official, 12 tracks with 15 tracks...
CELEBRITIES・3 DAYS AGO
Emerald Media

Adele’s latest LP wouldn’t take it “Easy On Me”

Back in 2011 when Adele released her breakout album, “21,” I was 11 years old. I vaguely remember singing along to the hits, but what burns vivid in my brain is the way my mom loved — and I mean loved — that album. I didn’t quite get it. But, hey, I was 11.
CELEBRITIES・5 DAYS AGO

Adele’s ‘Easy On Me’ on Track For Another U.K. Chart Title

Adele currently rules both U.K. charts, with 30 and its lead single “Easy On Me.” Don’t expect the pop superstar to give up her throne without a fight. Based on early streaming and sales data, “Easy On Me” is on track for a seventh consecutive week at No. 1, further extending its lead as Adele’s longest reigning single.
MUSIC・6 DAYS AGO
arcamax.com

Adele is taking the country music business by storm. Much like her Columbia Records labelmate Lil Nas X did in 2019 with “Old Town Road,” the British vocal powerhouse has made it to the country music charts with a superstar collaboration. “Easy On Me” (featuring Chris Stapleton) has debuted at...
MUSIC・9 DAYS AGO
Billboard

The Canadian pop star sings "the future we dreamed of is fading to black."
MUSIC・3 DAYS AGO
Pitchfork

Monaleo, the Houston rapper behind the viral hit “Beating Down Yo Block,” has shared a new song, “We Not Humping.” The track follows “Suck It Up,” released this past summer. Listen to the new single—produced by Aryay, Diablo, and KeyWay Beats—below. Since releasing “Beating Down Yo Block” in January, Monaleo...
MUSIC・2 DAYS AGO
Pitchfork

Thundercat has shared a new song called “Satellite.” The track, featuring Louis Cole and Genevieve Artadi, appears on the soundtrack for the fifth and final season of Issa Rae’s HBO series Insecure. Other entries on Insecure: Music From the HBO Original Series, Season 5 include Saweetie’s “Get It Girl,” Mereba’s “Peaceful Glock,” and TeaMarrr’s “Pipe Dreams.” Listen to Thundercat’s new song “Satellite” below.
MUSIC・2 DAYS AGO
theadvocate.com

Watch: Southern's Human Jukebox blasts 'Easy on Me,' gets shoutout from Adele

Southern Univerisity's Human Jukebox marching band is sweeping the internet — again — with a performance of Adele's "Easy on Me." The band posted its rendition of the song, performed during the Bayou Classic in New Orleans, on Twitter. Adele, who is one of the most popular musical artists in...
NEW ORLEANS, LA・7 DAYS AGO
iheart.com

This Christmas Song Topped Adele And No It's NOT Mariah Carey

Mike Rowe, the former host of 'Dirty Jobs' has just released a viral holiday track, titled "Santa’s Gotta Dirty Job". Rowe along with John Rich, a country music star teamed up with the Oak Ridge Boys to reached number #1 on iTunes, beating out Adele’s "Easy On Me," which came in second place.
MUSIC・2 DAYS AGO