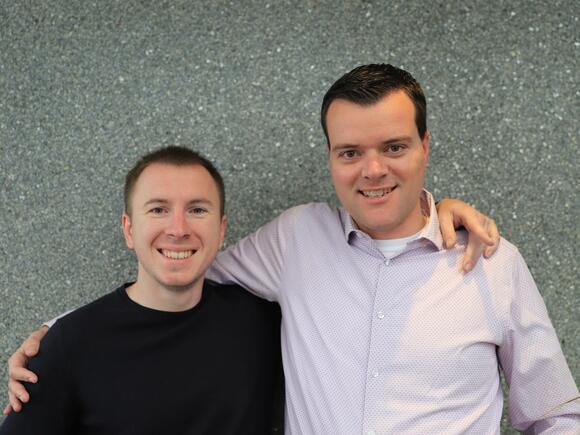 Shares of GitLab leaped 23% in their trading debut on Thursday, giving the coding platform a market capitalization of $13.48 billion.

GitLab priced its initial public offering at $77 a share, putting its valuation at roughly $11 billion based on the outstanding shares listed in its regulatory filing. The company on Thursday, trading under the ticker GTLB, opened at $94.25.

The company's largest shareholder is its co-founder and CEO Sid Sijbrandij, whose stake stands at 19%, according to the prospectus . He is followed by Khosla Ventures, which owns 14%, and then by ICONIQ, which owns 12%.

There were some doubters among Wall Street analysts following the strong debut, however.

"We believe GitLab is worth as little as $770 million or $5/share, which is 91% below the midpoint of the expected price range," David Trainer, CEO at New Constructs, said in a note. "What is most worrisome about GitLab is that it competes with some of the largest technology companies in the world."

The all-remote company - founded in 2011 by Sijbrandij and Dmitriy Zaporozhets - is best known for offering organizations a single platform to create a streamlined software workflow. Its product, called the DevOps platform, competes with Microsoft 's Github.

GitLab was incorporated in Delaware in 2014 but does not have a main office, according to its filings. It has 1,350 employees across 65 countries.

Goldman Sachs , JPMorgan , and Bank of America Securities were the lead underwriters for the offering.

The chipmaker is off to a running start in its first full month on the stock market.
STOCKS・22 HOURS AGO
Reuters

Why PayPal Stock Dropped 20% in November

Intel Corp. shares are up 2.6% in Tuesday trading after the chipmaker won praise for its plans to take its Mobileye self-driving unit public.
ECONOMY・2 HOURS AGO
The Motley Fool

The recent software IPO is growing, but investor optimism is getting a reality check.
STOCKS・1 HOUR AGO
Markets Insider

Roblox has added $26 billion to its valuation since going public in March, making it worth more than brands like FedEx and Ferrari. An online-gaming platform that lets users design and interact in virtual worlds, Roblox has rallied 70% since its public debut. Much of those gains have come in the last month alone in which the shares have soared about 55%.
STOCKS・3 HOURS AGO
The Motley Fool

Investors are excited about the potential of a self-driving tech IPO.
STOCKS・1 HOUR AGO
Cheddar News

GitLab CFO Brian Robins joined Cheddar's "Closing Bell" to discuss the single platform software development app's first earnings report since going public in October. The company frames itself as a one-stop-shop for businesses to transition into software development to manage in-network chat, video conferencing, and meeting scheduling among other applications. GitLab saw Q3 revenue jump 58 percent and was able to add a number of new customers since its IPO.
TECHNOLOGY・20 MINUTES AGO
The Motley Fool

The Brazilian payments company is in high-growth mode, but it's dealing with outside challenges.
STOCKS・8 HOURS AGO
Reuters

Dec 7 (Reuters) - Online brokerage Robinhood Markets Inc (HOOD.O) said on Tuesday it had filed to terminate its registration statement for the resale of shares by certain investors. Reporting by Niket Nishant in Bengaluru. Our Standards: The Thomson Reuters Trust Principles.
MARKETS・16 MINUTES AGO
The Motley Fool

Seven altcoins are surging after a surprise listing by top US crypto exchange Coinbase. In a new blog post, Coinbase says that 5 Ethereum tokens and 2 other altcoins will start trading on Coinbase Pro once appropriate liquidity conditions are met. Circuits of Value (COVAL) skyrocketed from $0.02 to $0.06...
STOCKS・3 HOURS AGO
Markets Insider

Nasdaq soars 3% as US stocks erase nearly all Omicron losses

The dating app operator is starting to bounce back after a rough fall.
STOCKS・5 HOURS AGO