Rachel Weisz To Star in Legendary’s Adaptation of ‘Seance on a Wet Afternoon’, Tomas Alfredson To Direct 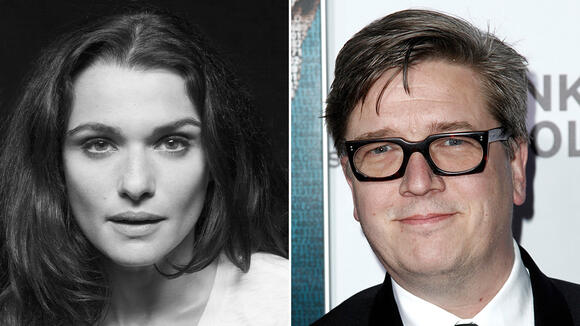 Alfredson comes aboard the project replacing Harry Bradbeer, who will remain on as an executive producer as he recently returned to direct Legendary’s Enola Holmes sequel after the success of the first film. BAFTA and Tony-winner Jack Thorne wrote the draft, from a story by himself and Bradbeer.

Based on Mark McShane’s acclaimed 1961 suspense novel of the same name, the story follows a self-proclaimed psychic medium who convinces her husband to kidnap a child so she can help the police solve the crime and achieve renown for her abilities. When her true intentions come to light, however, her husband realizes the plan threatens to consume them both. The novel was previously adapted as a film in 1964 starring Richard Attenborough and Kim Stanley. Stanley was nominated for the Best Actress Academy Award, and each earned BAFTA nominations for their performances.

Best known for her Oscar-nominated roles in The Favourite and The Constant Gardner (which won her an Academy Award), Weisz is coming off her first trip to the MCU in Marvel’s Black Widow . She is currently starring in and producing Amazon’s limited series adaptation of Dead Ringers , a gender-swapped reimagining of the 1988 David Cronenberg film.

Alfredson breakout Swedish feature, Let the Right One In , has become a cult classic, winning a Tribeca Jury Award when it first bowed and has since been spun-off into a domestic remake and an upcoming Starz! series starring Demian Bichir. For his work on Tinker, Tailor, Soldier, Spy, he earned rave reviews, leading to a BAFTA win.

Cult and controversial actor-director Vincent Gallo is returning to acting after a near decade-long absence from features. Quietly, Gallo took on one of the lead roles in D.J. Caruso’s (xXx: Return Of Xander Cage, Disturbia) movie thriller Shut In, which is the first original movie from conservative media outlet-turned film producer The Daily Wire. The project marks Gallo’s first feature acting role since 2013 film The Human Trust. The actor-filmmaker, now 60, is best known for directing controversial indie movie The Brown Bunny (2003) with Chloe Sevigny and Christina Ricci starrer Buffalo 66 (1998), and for leading cast in Francis Ford Coppola’s 2009 film...
MOVIES・1 DAY AGO
Deadline

EXCLUSIVE: Awkwafina is set to join Nicholas Hoult and Nicolas Cage Universal Pictures’ Renfield, a monster movie centered on Dracula’s familiar henchman with Hoult playing the title role. No word yet on what Awkwafina’s role would be. The Tomorrow War director Chris McKay is on board to helm the pic, which is based on an original story outline from Robert Kirkman. Ryan Ridley wrote the script. Cage will play Dracula. McKay’s producing partner Samantha Nisenboim will be joining the project as executive producer. The film will be produced by Skybound Entertainment’s film team including Kirkman, David Alpert, Bryan Furst and Sean Furst. In the original Dracula novel, R.M....
MOVIES・1 DAY AGO
Deadline

Nicolas Cage is getting some real recognition for his latest film, Pig. The celebrated star walked the red carpet at this year's Gotham Awards, and opened up about the critical love for his indie drama. Cage joined co-star Alex Wolff at the star-studded show in New York City and the...
MOVIES・3 DAYS AGO

'You' Star Drops Out of Alice Sebold's Film Adaptation Post-Exoneration

Alice Sebold's movie adaptation about her 1981 Syracuse rape has utterly fallen apart in the wake of the exoneration of the man she accused -- and one of the film's stars is out too. Netflix's Victoria Pedretti -- who has a leading role in "You" -- is no longer associated...
MOVIES・5 DAYS AGO
The Hollywood Reporter

Nicolas Cage has made a career of biting into his roles with seemingly reckless abandon, even as he strayed further and further from studio moviemaking and sunk his teeth into indie cinema. Now, in a deal sealed with a vampire’s kiss, Cage is returning to a big-studio movie and will play the meaty role of Dracula in Universal Pictures’ monster movie Renfield. Nicholas Hoult is starring as the titular character, the vampire count’s infamous acolyte and henchman, in the feature directed by Chris McKay, the helmer behind Amazon’s The Tomorrow War and The Lego Batman Movie. McKay and Robert Kirkman are producing along...
MOVIES・2 DAYS AGO
Variety

British director Peter Webber (“Girl With a Pearl Earring,” “Hannibal Rising”) is attached to direct an adaptation of Italian psychological thriller “Le Parole Lo Sanno” (“You Will Find the Words”), which is being produced by Rome-based shingle Fenix Entertainment. Webber, who more recently directed ITV miniseries “Tutankhamun” and high-end Arabic historical skein “Kingdoms of Fire,” said an Oscar-nominated English-language screenwriter is on board to adapt the book by Marco Franzoso. The novel centers around a man with a terminal illness whose chance encounters on a park bench with a woman, who is being abused by her husband, leads to an extreme...
MOVIES・2 DAYS AGO
Broadway.com

Ruth Wilson in "The Human Voice" Tony nominee Ruth Wilson is set to star in Ivo van Hove’s adaptation of Jean Cocteau’s The Human Voice in London next spring. Van Hove will direct the play, which will feature designs by Jan Versweyveld. The solo show will open at the West End's Harold Pinter Theatre on March 22, 2022 and run for three weeks only through April 9.
MOVIES・2 DAYS AGO

Jamie Dornan to Be Honored at the Oscar Wilde Awards

Northern Ireland-born actor Jamie Dornan will join his Belfast director Kenneth Branagh on March 24 when both are honored at the Oscar Wilde Awards in Santa Monica, it was announced Thursday. Dornan is being lauded for his turn as the father of a family living amid the Troubles of the late 1960s in Belfast, a top awards contender this season. He stars alongside Caitriona Balfe, Judi Dench, Ciaran Hinds and Jude Hill. “Jamie has spoken about how much this role meant to him — both in terms of how lucky it is to be in a film about your hometown and about...
CELEBRITIES・16 HOURS AGO
Variety

Academy Award-winning film vet Kevin Kline will make his series TV* debut opposite fellow Academy Award winner Cate Blanchett in an Apple TV+ adaptation of the psychological thriller Disclaimer, from — stop me if you’ve heard this qualifier before — Academy Award-winning director Alfonso Cuarón. As part of his overall deal with Apple TV+, Cuarón will write, direct and executive produce all episodes of the series, which is based on the novel of the same name by Renee Knight.  Blanchett will serve as another of the executive producers, as well as star. In Disclaimer, Blanchett will play Catherine Ravenscroft, a successful and...
MOVIES・1 DAY AGO
The Hollywood Reporter

‘Only Murders In The Building’: Cara Delevingne Boards Hulu Comedy Series For Season 2

Cara Delevingne has joined the cast of Hulu’s Only Murders in the Building for Season 2 in a series regular role. Delevingne will star as Alice, a sophisticated art world insider who becomes enmeshed in the mystery. The actress and model stars opposite Orlando Bloom in the Prime Video series Carnival Row. The filming schedule for Only Murders In the Building does not interfere with Carnival Row, which wrapped production on its second season in August, allowing Delevingne to do both streaming series concurrently. She is slated to continue on Prime Video’s fantasy series should it get renewed for a third season. Hulu’s...
TV SERIES・1 DAY AGO
SFGate

Ally Pankiw will make her feature directing debut with “Brooke & Sam,” an upcoming comedic drama featuring “Shiva Baby” breakout Rachel Sennott. The film, which quietly wrapped production, follows Sam, a young stand-up comedian and au pair struggling with PTSD, who is weighing whether or not to join the search for Brooke, a missing girl she used to nanny. The story exists between the present, where Sam tries to recover from her trauma with the help of her friends in the comedy community, and the past, where memories of Brooke make it harder and harder to ignore the teen’s disappearance; and harder and harder to get back on stage.
MOVIES・18 HOURS AGO
Deadline

EXCLUSIVE: Succession star Sarah Snook has taken on the lead role in Oz horror-thriller Run Rabbit Run, replacing Elisabeth Moss who is out for scheduling reasons. Genre specialist XYZ has taken control of the project with STX no longer aboard for global distribution after boarding it last Cannes. Pre-production begins this month ahead of shoot in Victoria and South Australia. Emmy nominee Snook is set to lead cast in director Daina Reid’s (The Handmaid’s Tale) film about a fertility doctor whose firm grasp on the cycle of life is put to the test as her young daughter begins to exhibit increasingly strange behavior. Additional casting has yet...
MOVIES・15 HOURS AGO
Deadline

EXCLUSIVE: Sam Worthington (Avatar) and Jordana Brewster (The Fast And The Furious) are joining Luke Grimes (Yellowstone) in sci-fi thriller Hello Stranger. As we revealed in September, April Mullen (Wander) is slated to direct from a screenplay penned by Ryan Christopher Churchill. In Hello Stranger, Faye (Brewster) attempts to replace her newly deceased husband, Evan (Grimes) with an android simulant (SIM). Although SIM Evan appears like human Evan in everyway, Faye does not feel the same love for SIM Evan as it does for her. SIM Evan tries to win Faye back, while at the same time, on-the-run from a government agent (Worthington) chasing...
MOVIES・16 HOURS AGO
Deadline

HBO has fleshed out its cast for music industry drama series The Idol. Juliebeth Gonzalez has been added as a series regular, and Maya Eshet (Teen Wolf), Tyson Ritter (Preacher), Kate Lyn Sheil (House of Cards), Liz Sierra and Finley Rose Slater (Playing With Fire) will recur in the series, co-created by Euphoria creator Sam Levinson, Abel “The Weeknd” Tesfaye and Reza Fahim. The high-profile one-hour drama is currently in production. The series, which will be filmed in and around Los Angeles, sees pop star Tesfaye, known for hits including “Blinding Lights,” starring alongside Lily-Rose Depp, as revealed by Deadline in...
TV & VIDEOS・11 HOURS AGO
Deadline

For the past several years I have written a variation of this column that almost always pairs an analysis of potential SAG Awards and Golden Globe nominees, as well as throwing in some speculation about the way winds are blowing with the often very predictive Critics Choice Awards (I am a member). All three of these groups traffic in movie and television categories and can be right more often than they are wrong. They also serve as kind of a roadmap for Oscar voters, whose chance to fill out their ballots comes much later down the line in the seemingly...
MOVIES・13 HOURS AGO
Variety

Apple Original Films and A24 Announce ‘Tragedy of Macbeth’ IMAX Screening Apple Original Films and A24 announced a special free screening event of “The Tragedy of Macbeth,” followed by a live Q&A with Joel Coen and Frances McDormand on Dec. 5 in IMAX. Shot in black-and-white, Coen’s take on the Scottish Play stars Denzel Washington as Lord Macbeth and McDormand as Lady Macbeth. As in the source material, the film follows the couple’s murderous ploys for power over Scotland and their resulting descent into madness. “The Tragedy of Macbeth” is written and created by Academy award-winner Coen. The free one-day-only global screening event...
MOVIES・10 HOURS AGO
Deadline