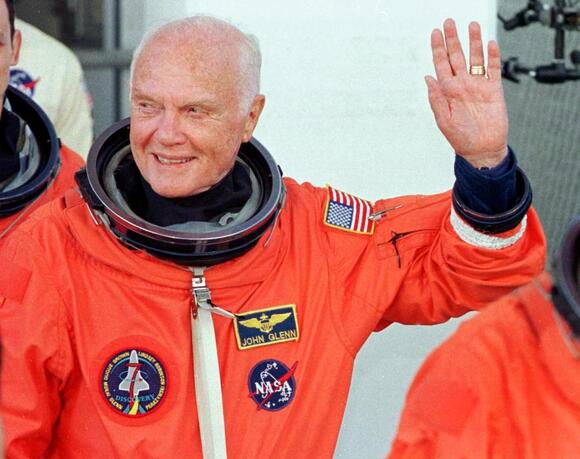 The 90-year-old “Star Trek” actor made the journey into the final frontier aboard Blue Origin. The craft, owned by Jeff Bezos, traveled past the Kármán Line, the internationally-recognized boundary of space, on the 11-minute trip.

According to NASA, Glenn is still a record-holder. The Ohio native and former U.S. Senator is the oldest person to be on an orbital spaceflight, NASA said. He was 77 years old during his mission of almost nine days on the space shuttle orbiter Discovery launched on Oct. 29, 1998.

Glenn went to space twice with his first mission on NASA Mercury in 1962. He passed away in December 2016.

Newly discovered Comet Leonard to fly by Earth in once-in-a-lifetime event: Here’s how to see it

A comet that was discovered earlier this year is expected to fly by Earth next week on its journey through the solar system, and it will be the only chance you'll ever get to observe the celestial object.
ASTRONOMY・1 DAY AGO