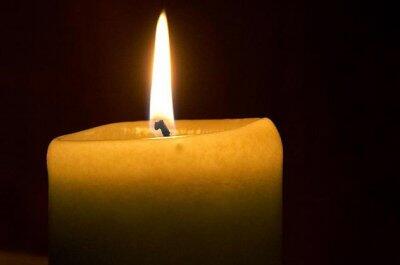 Oct. 14 (UPI) -- Actor Ravil Isyanov, who starred in The Americans, NCIS: Los Angeles and other television shows and films, has died at the age of 59.

Isyanov's agent Tanya Kleckner confirmed his death to Variety. The actor died at his home in Los Angeles on Sept. 29 after suffering from a long illness.

"He was a true gentleman and worked up until [his] passing. I've worked with him for 20 years and we became firm friends. He will be sorely missed. We are all heartbroken by this tragic loss, a beautiful soul gone way too soon," Kleckner said.

Isyanov most recently had a recurring role on NCIS: Los Angeles as Anatoli Kirkin. He also recurred on The Americans as Ruslan, on The Last Ship as Konstantin Nikolajewitsch Ruskov and on Glow as Gregory.

Isyanov has over 70 credits and also starred in films Transforms: Dark of the Moon, Holes, Along Came a Spider, The Good German, Defiance, K-19: The Widowmaker and more.

Isyanov's last film roles will be 25 Cents Per Minute and Blonde, which features Ana de Armas as Marilyn Monroe. Isyanov will portray Some Like It Hot director Billy Wilder in Blonde.

Didn’t know who he was, but sorry to hear of his death. Cancer, COVID, and overdosing seems to be the top life-Enders lately. Very sad.

sorry to hear this,at least u could show his face so we know who he is rip

I liked this guy. His character on NCIS Los Angeles was entertaining, worth watching. Sad he has passed away.🙁

Actor and producer Heath Freeman, known for his roles in "NCIS" and "Bones," has died at the age of 41, his manager announced Tuesday.
CELEBRITIES・10 DAYS AGO
Outsider.com

What ‘NCIS: Los Angeles’ Star Renee Felice Smith Has Been Up to Since Leaving Show

Renee Felice Smith, known for playing Nell on “NCIS: Los Angeles,” has been up to quite a bit since her departure from the show. She likes to chronicle her adventures and achievements through Instagram, and let her fans know what she’s been up to. In September, she went to Colorado...
LOS ANGELES, CA・13 DAYS AGO
goodhousekeeping.com

'NCIS: Los Angeles' Showrunner Just Hinted That the Show Could End in the Near Future

For nearly three decades, the hit CBS franchise NCIS has made viewers feel every kind of emotion, and it could soon cause more heartbreak when NCIS: Los Angeles comes to an end. Following the season 12 finale, TVLine spoke to showrunner R. Scott Gemmill about what fans could expect in...
TV SERIES・13 DAYS AGO
E! News

Watch: "Bones & "NCIS" Star Heath Freeman Dead at 41. Hollywood has lost a star way too soon. Heath Freeman, the actor who appeared in hit shows like NCIS and Bones, has died, his manager confirmed to E! News. Heath was 41 years old. "We are truly devastated at the...
CELEBRITIES・10 DAYS AGO

LL Cool J has been a regular on TV screens for many years now, starring in NCIS spin-off series NCIS: Los Angeles. However, before that he had an equally successful career as a rapper. But just how much has the star earned over the years? Keep reading to find out all about his incredible wealth...
CELEBRITIES・12 DAYS AGO
Outsider.com

Cast members of NCIS: Los Angeles did a touching tribute to LL Cool J to congratulate him for his Hall of Fame career. But Daniela Ruah continued to gush about her amazing friend. She shared a video produced by the NCIS: Los Angeles social media team with her 1.1 million...
LOS ANGELES, CA・6 DAYS AGO
Outsider.com

To Renee Felice Smith, former co-star of NCIS: Los Angeles, nothing says high-end decor than a collection of statues. And in this case, we’re talking the Statue of Liberty. Someone’s fireplace mantle is stacked with them. And Smith, who played the quirky Nell on NCIS: Los Angeles, decided to share her love with Lady Liberty with her 169,000 followers on Instagram.
TV & VIDEOS・8 DAYS AGO

Despite being a famous rapper and star on “NCIS: Los Angeles,” LL Cool J would rather people on-set call him something else. Earlier this week, Outsider sat in on a Q&A with “NCIS: Los Angeles” supervising producer Chris Molnar and “NCIS” supervising producer Richie Owens. The two graduated from Miami University and appeared on a webinar with Miami alumni to talk about the two shows.
LOS ANGELES, CA・11 DAYS AGO
Outsider.com

“NCIS: Los Angeles” star Renee Felice Smith shares a beautiful image of Christmas tree on Instagram. Let’s deck the halls!. Christmas is most definitely in the air. With the temperatures dropping and Thanksgiving almost here, we holly-jolly people are ready to start tree-trimming. “NCIS: Los Angeles” star Renee Felice Smith is a member of this merry group. She loves sharing life updates on her Instagram, and her most recent post is definitely festive.
LOS ANGELES, CA・4 DAYS AGO
Outsider.com

‘NCIS: Los Angeles’: Renee Felice Smith Shows Off a Delicious Spread as She Gives Thanks

“NCIS: Los Angeles” star Renee Felice Smith gives thanks with a lovely Thanksgiving charcuterie board. It looks yummy and colorful!. Thanksgiving is the time to give thanks for what we have: the roofs over our heads, the food we eat, and the special people in our lives. Everyone seems to be in the holiday spirit. Everyone’s annual Thanksgiving posts are flooding in, including those from Renee Felice Smith! The “NCIS: Los Angeles” star shares with her fans a piece of how she is celebrating the day.
LOS ANGELES, CA・1 DAY AGO
Outsider.com

The actor who plays Gary DeMayo in the “NCIS: Los Angeles” mid-season finale also stars in this popular movie. Viewers of “NCIS: Los Angeles” meet character Gary DeMayo in this week’s newest episode. The mid-season finale is shocking to say the least. Fans are very interested in the man behind the role. Actor Charles Malik Whitfield plays DeMayo. Viewers recognize Whitfield at first glance. It turns out, the actor stars in “Behind Enemy Lines.”
LOS ANGELES, CA・2 DAYS AGO

NCIS: Los Angeles: Season 14? Has the CBS Action Drama Series Been Cancelled or Renewed Yet?

This Might Be the Most Emotional ‘NCIS: Los Angeles’ Scene of the Entire Series

The stakes look like they are rising on NCIS: Los Angeles. While tonight will not feature a new episode, next week is sure to bring fireworks. In a clip, Marty Deeks looks…rough as he answers the investigator’s questions about Laura Song. Sitting in a dark room, disheveled and distant, Deeks...
LOS ANGELES, CA・12 DAYS AGO
Outsider.com

“NCIS: Los Angeles” star Daniela Ruah took advantage of the fantastic California weather this weekend to spend some time at the beach in Malibu. The whole family joined Ruah. She posted the sweetest photos of her five-year-old daughter Sierra, along with Sierra’s cousins. Coincidentally, the cousins are actually the daughters of Ruah’s “NCIS” co-star, Eric Christian Olsen. Though we don’t see Olsen in Ruah’s post, we do see a sweet snap of Ruah and his wife, Sarah Wright Olsen.
LOS ANGELES, CA・10 DAYS AGO
Outsider.com

Renee Felice Smith, now that she’s no longer on NCIS: Los Angeles, has much more free time for the first time in years. So, go figure, she’s doing a lot of traveling. Smith is using her Instagram account to document all her get-aways. And this weekend, she’s can’t say enough about Zion National Park. It’s almost as if she’s still the chatty Nell Jones, the intelligence analyst on NCIS: Los Angeles. She snapped a shot of the Utah park and captioned it “unreasonable amount of beauty out here, kids.”
CELEBRITIES・5 DAYS AGO
Outsider.com

The “NCIS: Los Angeles” team is also one big, happy family off the screen as well. As it turns out, Daniela Ruah is married to Eric Christian Olsen’s brother, David Olsen. He is also a stunt double for “NCIS: Los Angeles.” This means that while Ruah and Olsen are married on the show, they are still family outside of the “NCIS” universe as well.
LOS ANGELES, CA・2 DAYS AGO
Film Threat

Los Angeles, written and directed by Mitch Temple, follows two outsiders as they venture on a cross-state, semi-spiritual journey to Los Angeles. Jojo (Rebekah Kennedy) is a young mute woman who thinks she hears God summoning her to save his son, Jesus Christ. So she leaves home to fulfill her divine quest, only to be joined by Cash (Anthony Bonaventura), an escaped convict.
LOS ANGELES, CA・10 DAYS AGO
Outsider.com

“NCIS: Los Angeles” alum Renee Felice Smith shares a beautiful bouquet of fall flowers on her Instagram profile. While Renee Felice Smith is best known for her acting chops, she is also recognized for her positivity on social media. On Wednesday night, the “NCIS: Los Angeles” alum brought that same energy with a photo of a gorgeous arrangement.
LOS ANGELES, CA・9 DAYS AGO
Outsider.com

On Saturday (November 20th), former NCIS: Los Angeles star Renée Felice Smith shared an incredible Zion National Park snapshot on her Instagram with some sound advice for her followers. “z i o n,” the NCIS: Los Angeles alum declared in the post. “Can’t be captured. Go to here.”. Smith has...
CELEBRITIES・6 DAYS AGO