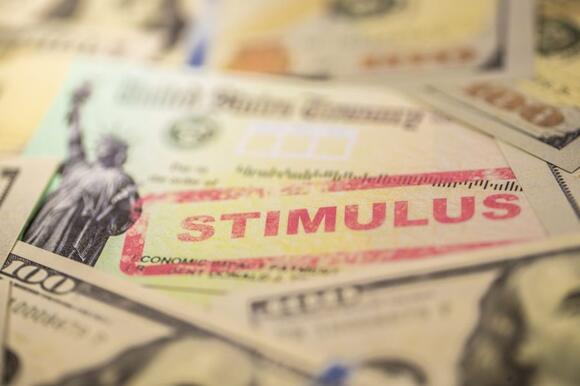 (NEXSTAR) – As the U.S. confronts rising inflation, slower job gains and a crippled supply chain, a new study finds that the Americans most in need of a stimulus check at the beginning of the pandemic continue to suffer most.

Additional $500 tax credit available for some parents; do you qualify?

The study started in spring of 2020, with the authors administering surveys to a nationally representative group of Americans every four to eight months to learn more about the virus’ impact, from how they used their stimulus checks to their view of the U.S. economic recovery.

Part of the reason for that, researchers said, was the lack of recovery for the nation’s poorest.

The study found that while job and income loss was devastating during the spring 2020 wave of COVID-19 in the U.S., how Americans faired in the year since varied greatly depending on several factors.

During that spring, 32%-36% reported income loss – a number that hasn’t changed much for the lower third of earners. For the other two groups, however, the study found that only half of respondents were still reporting income loss. Underemployment was also 12% more likely among Black and Hispanic/Latinx workers than white workers.

Economic insecurity was also a common theme among middle earners, however. The study found that debt levels were higher for one in five respondents in spring of 2021 than before the pandemic.

In 2020, real incomes and the number of full-time workers were already tumbling.

For many Americans, finding the money for looming mortgage, credit card and utility bills is a monthly cycle of anxiety. The study found that in April of 2021, 46% of lower earners said they would have come up short in paying their expenses without the stimulus money.

After the third stimulus check – the $1,400 payment under the American Rescue Plan – that balancing act became tougher for many lower earners. Nearly a third of low earner reported in August 2021 that they had to borrow money from friends and family to take care of their bills.

The cost of childcare compounded the struggle to pay bills for many, with 50% of lower earners and 30% of middle earners saying in August that they were either forced to cut back on working to take care of children or give up their jobs entirely. This is compared to 18% of higher earners.

While it seems unlikely that Congress will approve a fourth round of stimulus checks – as Republicans and Democrats spar over funding the government and the Biden administration’s now-$2 trillion spending package to improve social services and fight climate change – Capital One Insight Center researchers aren’t the only ones calling the stimulus payments critical to the U.S. recovery.

In September, nonpartisan advocacy group The Senior Citizens League (TSCL) warned that the cost of goods and services is rising for people with fixed incomes, months before next year’s federal cost-of-living bump.

Fourth stimulus checks for seniors? Why one group says payments are vital

Government economic experts estimated recent increases in inflation mean the cost-of-living adjustment (COLA) for 2022 will approach 6%, a whopping jump from the 1.3% COLA awarded for this year.

Now, The Senior Citizens League is mounting a campaign to urge Congress to pass a fourth round of stimulus checks that would send $1,400 payments to Social Security recipients only.

We Americans could use another check due to all the things that are going up in price, gas, groceries and other things. And I mean all Americans!! Not the one’s they think need it? To be fair give to all Americans!!!

President Joe Biden had signed $1.9 trillion in new coronavirus relief into the law on Thursday and it means $1,400 stimulus checks could be start to reach the Americans in the coming few days. Payments should go to around 159 million households. “People can expect to start by seeing direct...
U.S. POLITICS・1 DAY AGO
CBS News

What's behind the push for a fourth stimulus check

The IRS has issued more than 169 million payments in the third round of direct stimulus aid, with more than 2 million people in July receiving the $1,400 checks. But some lawmakers are pushing for a fourth round of stimulus aid that would effectively send recurring payments until the pandemic ends.
U.S. POLITICS・18 HOURS AGO
BGR.com

Where’s my stimulus check? Everything you need to know, and what comes next (December 2021)

2021 has proven to be the year of the stimulus check, and then some. By the time it’s over, there will have been more than a half-dozen stimulus checks distributed by the federal government. That includes a third stimulus check for $1,400, as well as six monthly child tax credit payments. So many stimulus payments, in other words, that answering the question “Where’s my stimulus check?” must first be preceded by, well, which one are you talking about? The checks flowing from the federal government transferred some $15 billion to taxpayers on a monthly basis — for at least six months,...
INCOME TAX・6 HOURS AGO
GOBankingRates

The Golden State Stimulus Fund has given low-income California residents making less than $75,000 roughly $12 billion in funds. If you thought this money was part of pandemic relief programs, however,...
CALIFORNIA STATE・13 HOURS AGO

The more you earn, the greater your benefits are likely to be. Delaying your start to collect benefits will make payments bigger. Strategizing with a spouse can increase your benefits. With some things in life, you get what you get, and you have little control. Not so with Social Security....
PERSONAL FINANCE・17 HOURS AGO
GOBankingRates

Social Security is a lifeline for millions of retirees and other older Americans who are still in the workforce. Making sure you qualify for every dollar you've got coming to you is not a step you...
INCOME TAX・1 DAY AGO
hngn.com

$10,000 Stimulus Check: Eligible Renters, Homeowners, Children To Receive Payment Before Christmas? Here's How Will Receive One!

If you're having difficulties paying your rent, you're not alone. Thousands of Americans have been affected by the COVID-19 pandemic, making it difficult for them to make ends meet and pay their rent. Rental aid programs exist all throughout the country that can help you obtain up to $10,000 in...
HOUSE RENT・1 DAY AGO
The US Sun

‘Surprise stimulus’ checks worth as much as $600 being sent NOW to people working certain jobs – will you get one?

A BONUS stimulus check worth up to $600 is reaching some Americans, just in time for the end of the year and the holiday season. The "surprise stimulus" will only go to eligible workers across a small spectrum of industries, which were especially impacted by the Covid-19 pandemic on both an economic level and in terms of physical health.
ECONOMY・2 DAYS AGO

THOUSANDS of dollars are available in 2022 if you missed out on stimulus checks or Child Tax Credit payments in 2021. Stimulus checks worth $1,400 for each taxpayer and $1,400 for each qualifying dependent can be claimed during the 2022 tax filing season, along with Child Tax Credits up to $3,600 per child.
INCOME TAX・1 DAY AGO
WJW FOX 8 News Cleveland

Child tax credit: Where do we stand on advance payments in 2022?

We're days away from the sixth and final advanced Child Tax Credit payment in 2021. In the meantime, some lawmakers are working to repeat it in 2022.
CLEVELAND, OH・1 DAY AGO
wolfstreet.com

Social Security COLA Calculations May Get Changed to CPI-E as Part of the Reform Bill. What Does it Mean for Retirees?

Watch out for the costs of housing, medical care, and gasoline. Social Security benefits are adjusted for inflation – the Cost of Living Adjustments or COLAs – based on the “Consumer Price Index for Urban Wage Earners and Clerical Workers” (CPI-W), released by the Bureau of Labor Statistics. By this measure, inflation was 6.9% in October.
BUSINESS・1 DAY AGO
worldpropertyjournal.com

It's a Gut Punch to American Home Buyers and Home Builders, says NAHB. The National Association of Home Builders chairman Chuck Fowke issued the following statement after the U.S. Commerce moved forward last week with an administrative review to double the tariffs on Canadian lumber shipments into the U.S. from 9 percent to 17.9 percent:
BUSINESS・1 DAY AGO
bigblueunbiased.com

As Hard-Hit Americans Want Payment for The New Year, Supporters Are Pushing For $2000 And $1000 Stimulus Checks Before Christmas

As the holiday shopping season intensifies, many people have gone to Twitter to express their displeasure with the lack of a fourth stimulus check, with some even advocating for a regular, monthly payment. On social media, Americans who are yearning for economic security are appealing for a $1,000 or $2,000...
ECONOMY・1 DAY AGO
chronicle99.com

There is a significant development in the benefits schemes for the citizens in the US. President Biden is committed to reinforcing better legislation in the White House through the Build Back Better initiative to change the structure of the societies in America. The initiative will also look to enhance the revenues of the businesses and industries.
BUSINESS・2 DAYS AGO
GOBankingRates

From Making the Most of COLA Increases to Avoiding Costly Mistakes: Our Most-Read Social Security Stories of 2021

Social Security has been in the headlines a lot this year with some major changes to the program announced, including an increase in the Social Security wage base and a significant cost-of-living...
PERSONAL FINANCE・1 DAY AGO
chronicle99.com

Stimulus Check: ‘Plus-up’ Payments From The IRS Set To Arrive In Some Families

The rollout of stimulus checks for this year is about to wrap up as the American Rescue Plan that was put into law by President Joe Biden has sent out money to American households in different ways. At the beginning of 2021, a majority of individuals received $1,400 in direct...
INCOME TAX・2 DAYS AGO
chronicle99.com

Bonus $200 Stimulus Check Payment For Christmas If You Are Single

The independent residents in Illinois might receive $200 checks before Christmas. The Republicans sent out a proposal in the House of Representatives for Christmas benefits for the citizens. The US Sun reports that the single taxpayers of the city with an annual income below $75,000 will receive $200, and those who make less than $150,000 annually will receive $400. The US Sun cited the reports of various sources, saying that the cumulative funds for the benefits are around $1.4 billion.
POLITICS・3 DAYS AGO
GOBankingRates

Social Security is getting a big change this year -- in fact, the largest one in almost four decades. See: Social Security Payment Schedule 2022 -- What Dates to Watch Out For Find: How to Refinance a...
BUSINESS・2 DAYS AGO
GOBankingRates

How Social Security, Wage Hikes and SNAP Will Alleviate Inflation in 2022

With inflation expected to keep rising into the new year, Americans can use all the financial help they can get in 2022. Fortunately, some will get a boost in income to help them cope with higher...
AGRICULTURE・3 DAYS AGO
GOBankingRates

As economic recovery efforts continue, state and local governments continue to provide financial help to those who need it most. The U.S. Department of the Treasury reported on Monday, Nov. 29, that...
HOUSE RENT・3 DAYS AGO