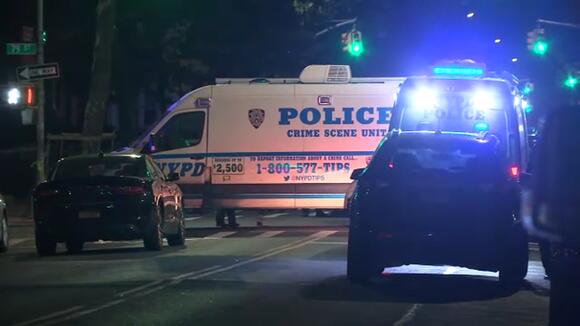 An off-duty female NYPD officer is charged with shooting her ex-girlfriend and killing that woman's new partner inside a Brooklyn home Wednesday, and the state Attorney General's office is now investigating. It happened just after 5 p.m. at the ex-girlfriend's home in Bensonhurst, where police say 31-year-old Officer Yvonne Wu was waiting for the couple to arrive. Wu allegedly opened fire, wounding her 23-year-old ex-girlfriend and killing that woman's new partner , 24-year-old Jamie Liang. ALSO READ | What Gabby Petito's death by strangulation could mean for Brian Laundrie's case

Police believe the incident was premeditated and that Wu used her service weapon. The 23-year-old was shot in the torso but managed to call 911. She is expected to survive. Liang was shot in the chest and was pronounced dead at the scene. Wu, a 5-year veteran of the force assigned to the 72nd Precinct covering Park Slope and Sunset Park, waited outside for officers to arrive and told them she had shot two people. "We believe it is domestic in nature," NYPD Assistant Chief Michael Kemper said. "We believe they had an intimate relationship." WATCH | Police give update on shooting:

An NYPD officer is in custody after allegedly killing a woman and shooting another inside a Brooklyn home, police say.

Wu was taken into custody and charged with murder and attempted murder. "The whole incident is horrible, but these cops performed great, just heroically, and this is what NYPD cops come upon every single day," Kemper said. "Is this an incident they would want to come upon? No. But unfortunately throughout their careers they come upon this." Wu worked the midnight tour with a clean record and no obvious disciplinary issues in her past. ---------- * More Brooklyn news * Send us a news tip * Download the abc7NY app for breaking news alerts * Follow us on YouTube

more proof that police officers need to have MENTAL HEALTH EVALUATIONS & competencies tests at least ONCE per year...You never know when life problems/job stresses can make them flip!!!

bow cat NYPD killer .my condolences to the dead gone too soon by NYPD bow cat 🐈 can't control her emotion that another bow cat steel her Cathy. all 3 should be with a man .Adam and eve I say no eve ,eve, eve,curse all of you

Leave Politics Outta this.2 women were shot;1 died & the other's recovering from her Injuries.have Compassion & Sympathy.

Investigators say one of the men shot an 18-year-old store clerk in the head during a confrontation inside the M&M Grocery.
BROOKLYN, NY・10 HOURS AGO
ABCNY

Verlon Thomas, 36, is accused of ordering the girl to get into his car Monday afternoon in East New York.
BROOKLYN, NY・2 HOURS AGO
ABCNY

The victim would be 35 years old today. Her family told Eyewitness news that time has not closed the wounds and the pain of losing her has not ebbed.
BRONX, NY・15 HOURS AGO
ABCNY

Officers pulled over the BMW SUV on Cozine and Pennsylvania avenues at around 3:30 a.m. Wednesday.
BROOKLYN, NY・43 MINUTES AGO

They are accused of slapping a 3-year-old boy across the face last Friday. Police say the women approached an 18-year-old girl Sunday and pulled her to the ground.
BROOKLYN, NY・10 HOURS AGO
ABCNY

Passaic police say that they have identified Ernest Fuentes as one of the gunmen and have issued a warrant for his arrest.
PASSAIC, NJ・2 HOURS AGO
ABCNY

A New Jersey police officer accused of killing a pedestrian and then taking the victim's body to his home was allegedly driving intoxicated, according to court documents.
NEWARK, NJ・13 HOURS AGO

CYPRESS HILLS, Brooklyn (WABC) -- An explosion blew through the lower levels of a home in the Cypress Hills section of Brooklyn, injuring six and leaving dozens homeless. The blast, which was caught on camera, collapsed the first floor of the Vermont Street home into the cellar just after midnight.
BROOKLYN, NY・5 HOURS AGO
ABCNY

Police in New Jersey have released a surveillance photo of the suspect wanted in connection to the murder of an 84-year-old woman inside her home.
BELLEVILLE, NJ・2 DAYS AGO
ABCNY

Police are searching for a woman captured on surveillance punching a customer in Brooklyn who asked her to put on a mask.
BROOKLYN, NY・3 DAYS AGO

A video was posted on Snapchat showing the two students inside Platt High School in Meriden, north of New Haven.
CONNECTICUT STATE・3 HOURS AGO
ABCNY

Bradley Cooper says in 2019 he was held at knifepoint on a New York City subway.
NEW YORK CITY, NY・13 HOURS AGO
ABCNY

The 54-year-old woman told police she was stabbed multiple times near her home. The woman's 84-year-old mother was then discovered dead in the home.
BELLEVILLE, NJ・2 DAYS AGO
ABCNY

The flames started in the Dragon One restaurant before spreading to a neighboring restaurant and up through the five-story apartment building above.
UPPER EAST SIDE, NY・21 HOURS AGO
ABCNY

After days of searching, Gary and Lorraine Parker's bodies were found by the police department's drone in a densely wooded area.
STAFFORD TOWNSHIP, NJ・16 HOURS AGO