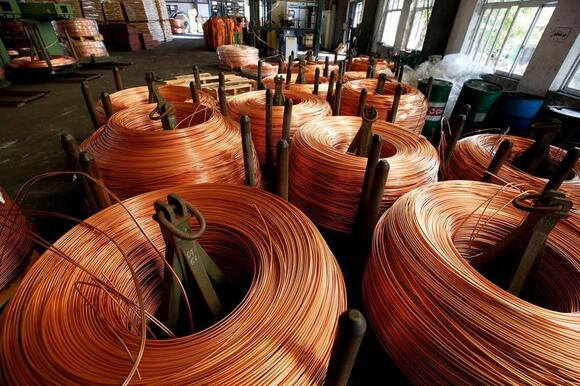 The producer price index (PPI) rose 10.7% from a year earlier in September, the National Bureau of Statistics (NBS) said on Thursday, the biggest rise since the data began to be compiled in 1996. Economists in a Reuters poll had expected the PPI to rise 10.5% after a 9.5% increase in August.

A widening power shortage in China, caused by the country’s transition to clean energy, booming industrial demand and high commodity prices, have halted production at numerous factories including many supplying big global brands such as Apple.

The power crunch has hit output across the cement, steel，and aluminum industries, while utility companies have struggled to keep up with post-pandemic power demand.

Against this backdrop, Chinese energy and petrochemicals futures rose to multi-year and record highs respectively on Monday, also fuelled by an oil price rally.

Beijing has taken a raft of measures to curb record-high coal prices and ease the country’s power crunch, including urging coal miners to boost output and manage electricity demand at industrial plants.

Despite this, coal prices have remained elevated, partly due to the shutdown of dozens of coal mines as floods hit China’s top coal producing province of Shanxi.

Beijing is buying up pork to support prices of the country’s staple meat after they plunged earlier this year, leading to heavy losses for farmers.

Core inflation, which strips out volatile food and energy prices, reached 1.2% in September after being flat in August.

PARIS (Reuters) – French inflation rose unexpectedly in November to hit its highest level in 13 years, according to a preliminary estimate from the INSEE statistics agency on Tuesday using EU-harmonised data. Consumer prices rose 0.4% from last month, giving a 12-month inflation rate of 3.4%, the highest since September...
BUSINESS・20 HOURS AGO
austincountynewsonline.com

Remember that big release of 50 million barrels of oil from the Strategic Petroleum Reserve? Let us jog your memory: it was the hallmark solution proposed by the Biden administration to try and address soaring energy costs for Americans. Well, it turns out that most of that oil is going...
ENERGY INDUSTRY・1 DAY AGO
stockxpo.com

The Northern Hemisphere is firmly in the grip of winter—and potentially, a nasty new coronavirus variant. But Tuesday brought some good news for markets: Chinese factories are ramping up again. China’s official manufacturing purchasing managers index for November rallied to 50.1, breaching the 50-point mark separating expansion from contraction for the first time since August.
ECONOMY・14 HOURS AGO
MarketWatch

Oil futures fall sharply Tuesday, marking their worst monthly decline since the official start of the pandemic in the first quarter of last year.
ENERGY INDUSTRY・7 HOURS AGO

Major oil producers face a difficult decision on production levels Thursday as a recovery in energy demand hits a setback with the discovery of a new variant of the coronavirus that causes COVID-19.
ENERGY INDUSTRY・6 HOURS AGO
Reuters

BEIJING (Reuters) - China detected 91 domestically transmitted COVID-19 cases with confirmed symptoms for Tuesday, marking the highest daily count since Nov. 2 and a significant jump from 21 cases a day earlier, as the country fights a fresh outbreak in the north. All of the 91 local symptomatic cases were reported in the northern Chinese region of Inner Mongolia, data from the National Health Commission showed on Wednesday.
PUBLIC HEALTH・1 HOUR AGO

SEOUL, Dec 1 (Reuters) - South Korean exports grew at their fastest pace in three months in November thanks to post-pandemic recoveries in major trading partners that pushed up demand for chips and petrochemicals, but the Omicron variant may pose risk to the export-reliant economy. Exports in November soared 32.1%...
ECONOMY・1 HOUR AGO
Reuters

Dec 1 (Reuters) - Australian shares edged lower on Wednesday, as the first confirmed community case of the Omicron coronavirus variant stoked fears of reimposition of restrictions and delay an economic recovery, ahead of third quarter GDP data. The S&P/ASX 200 index (.AXJO) lost 0.35% at 7,230.7 by 2351 GMT....
ECONOMY・3 HOURS AGO
Reuters

TOKYO, Dec 1 (Reuters) - Japanese companies raised spending on plant and equipment for the second straight quarter in July-September, but the pace of gains slowed as global supply shortages due to a resurgent coronavirus pandemic hit corporate activity. A slow pickup in company spending is likely to worry policymakers...
ECONOMY・1 HOUR AGO
Reuters

NEW YORK, Nov 30 (Reuters) - Oil prices tumbled on Tuesday after Moderna's chief cast doubt on the efficacy of COVID-19 vaccines against the Omicron coronavirus variant, spooking financial markets and heightening worries about oil demand. Crude futures ended November with their biggest monthly declines since the outset of the...
TRAFFIC・4 HOURS AGO
Reuters

TOKYO, Dec 1 (Reuters) - Bank of Japan board member Seiji Adachi said the yen's recent fall was bringing benefits to the country's economy by boosting corporate profits earned overseas, pushing back against views the currency's present weakness is cause for concern. Adachi also said the BOJ was ready to...
BUSINESS・1 HOUR AGO
Reuters

Dec 1 (Reuters) - Copper prices rose on Wednesday, as investors shook off some concerns about the new Omicron coronavirus variant that has rattled market sentiment in recent days. Three-month copper on the London Metal Exchange rose 0.8% to $9,522 a tonne by 0231 GMT, having lost 0.6% in November.
HEALTH・25 MINUTES AGO
Reuters

BEIJING (Reuters) - China’s factory activity fell back into contraction in November as subdued demand, shrinking employment and elevated prices weighed on manufacturers, a business survey showed on Wednesday. The Caixin/Markit Manufacturing Purchasing Managers’ Index (PMI) fell to 49.9 in November from 50.6 the month before, versus analyst expectations of...
ECONOMY・1 HOUR AGO
Reuters

TOKYO, Dec 1 (Reuters) - Japanese shares rose on Wednesday after three straight sessions of sharp losses, with paper and pulp, shipping and auto stocks leading the rebound, although uncertainties over the impact of the Omicron coronavirus variant weighed on market sentiment. The Nikkei share average (.N225) rose 0.8% to...
STOCKS・33 MINUTES AGO
MarketWatch

Australia’s economy shrinks in Q3, but rebound is already underway

Australia's economy shrank in the July-September quarter as efforts to combat the delta variant of the COVID-19 virus forced more than half the country into strict and lengthy lockdowns.
BUSINESS・2 HOURS AGO
MarketWatch

A private gauge measuring activity in China's manufacturing sector slipped in November and fell into contractionary territory, as both domestic and overseas demand waned.
BUSINESS・1 HOUR AGO