How Reese Witherspoon Made These Books into Bestsellers 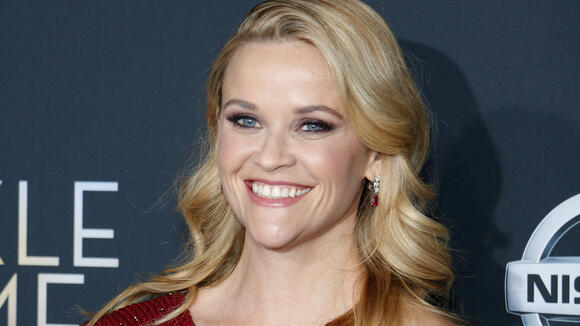 When you think of Reese Witherspoon, the first thing that comes to mind may not be books — instead you probably think of her acting as iconic and plucky characters such as Elle Woods in “Legally Blonde,” Tracy Flick in “Election” or Madeline in “Big Little Lies.”

Find Out: 10 Financial Books That Will Change Your Life (and Finances)
Learn More: How an Endorsement From Oprah Made These Authors Big Money

Witherspoon loves film, but she might love books more — and her book club seems to wield nearly as much influence as Oprah’s. Launched formally in 2017, Reese’s Book Club has already bestowed its founder’s approval on 58 books, often catapulting them to the bestseller lists. As one Bookscan executive told Vox, getting picked by Witherspoon is like winning the lottery for an author.

Here’s why so many of Witherspoon’s picks become blockbuster bestsellers:

Witherspoon reads with an eye toward film and TV: Though it is clear that Witherspoon truly is an avid reader and book lover, the savvy business woman knows exactly what she’s doing, picking books that translate well to TV or film. Her film company options many of the books she picks, and Witherspoon has starred in, or plans to, in several, including the Hulu adaptation of “Little Fires Everywhere.”

Reese Witherspoon’s picks feature strong women: What sets Reese’s Book Club apart is that every book is driven by a strong woman. Hello Sunshine CEO Sarah Harden told Vox, “A woman has to be driving the story. They are driving the narrative, they have agency in the story, they are not the side character, they are the one determining how the narrative goes.”

While not every book Witherspoon picks becomes a bestseller, none, as of 2019, had sold fewer than 10,000 copies, a respectable number in the publishing business. This National Book Month we share some of the biggest success stories to come out of Reese’s favorite books.

Read: Where Do Americans Get Their Money Advice? Top TV Shows

Though Reese’s Book Club has existed informally since 2015, in 2017 her film production company Hello Sunshine took over the operations of the book club. In September, 2017, Witherspoon’s pick was Celeste Ng’s second novel “ Little Fires Everywhere” — a novel about very different kinds of mothers and daughters and the complexities that family secrets engender. Not only did the book sell over two million copies and remain on the New York Times bestseller list for 48 weeks, Witherspoon’s production company optioned it to Hulu, which turned it into a mini-series that aired in 2020.

The very first book Witherspoon’s book club launched after going official,  “Elinor Oliphant is Perfectly Fine” by Gail Honeyman, became a hit almost immediately. To date, the novel about a woman with a troubled past and strange personality quirks has sold a million copies, and it remained on the New York Times bestseller list for 35 weeks according to Honeyman’s agent’s website. The book sales might have been helped along by Witherspoon’s film company optioning the book for film rights.

Where the Crawdads Sings

One of the biggest sellers of Reese’s Book Club was the debut novel of  70-year-old writer Delia Owens, who could not have imagined the success her book was about to have. “ Where the Crawdads Sing” saw a first print run of 27,500 copies in 2019, according to the New York Times, and went on to sell more than 10 million copies worldwide, according to Penguin Random House. It remained on the New York Times bestseller list for an astonishing 52 weeks, according to Vox. The book made even more headlines when an article in Slate revealed the author’s connection to a real murder that supposedly involved Owen’s husband and her stepson.

Read More: 30 Celebrities Who Went From Rags to Riches

This novel about a female-fronted rock band in the 1970s, by Taylor Jenkins Reid, landed at number 6 on the New York Times bestseller list in 2019. Hello Sunshine quickly snapped up the TV and film rights and sold it to Amazon Prime in a limited 13 episode series, which is filming now and stars Elvis Presley’s granddaughter, Riley Keough. While it’s hard to say just how many copies the book has sold, sales have been significant enough to completely change the financial situation for its author, who had published five previous, much less successful novels and was taken aback by her success.

This article originally appeared on GOBankingRates.com : How Reese Witherspoon Made These Books into Bestsellers

10. Adam Sandler: 'The Ridiculous Six' How much he made: $62.5 million In 2017, Adam Sandler signed an estimated $250 million, four-movie deal with Netflix, Forbes reported. That breaks down to...
MOVIES・19 DAYS AGO
GOBankingRates

20 Billionaire American Dynasties and How They Made Their Money

Some families just have a way with money. To see how wealth can grow, take a look at these American dynasties that have turned their businesses into billions.
ECONOMY・10 DAYS AGO
GOBankingRates

NFTs -- non-fungible tokens -- have been on a tear this year. The term has even been named Collins' Word of the Year 2021. While they first garnered interest in the art world (Christie's sold Beeple's...
DRINKS・1 DAY AGO
E! Online

Watch: Reese Witherspoon & Ryan Phillippe's Son Is Dad's Twin!. Exercise Family time gives you endorphins. Endorphins makes you happy. And Reese Witherspoon is the perfect example of just that. In a new picture guaranteed to melt your heart, the actress is seen beaming alongside her husband Jim Toth, their...
TENNESSEE STATE・11 DAYS AGO

Reese Witherspoon celebrated with the whole gang this Thanksgiving!. On Friday, the actress shared a peek at her holiday festivities, smiling in a family photo with husband Jim Toth, as well as their 9-year-old son Tennessee and her two older kids Ava, 22, and Deacon, 18, whom she shares with ex Ryan Phillippe.
CELEBRITIES・11 DAYS AGO
Elle

On Friday, actress Reese Witherspoon posted a photo of the family gathered for Thanksgiving, reminding everyone that she has some very strong genetics. The photo features husband Jim Toth, their nine-year-old son Tennessee, and her kids with ex Ryan Phillippe, 22-year-old Ava and 18-year-old Deacon. “Happy Thanksgiving from our family...
CELEBRITIES・10 DAYS AGO
In Style

We've certainly wondered how Reese Witherspoon does it all. And today, we have some of the answers. Fresh off the cover of our December/January double fashion issue, Witherspoon's "my likes" page is full of all the secrets to, well, if not her success then at least her glowing skin. Below,...
BEAUTY & FASHION・11 DAYS AGO
Daily Mail

Reese Witherspoon and Ryan Phillippe's mini-me's, Ava and Deacon Phillippe, have been enlisted as models for Beyonce's new Adidas collection, Halls of Ivy Park. After making their joint modeling debut in the singer's star-studded advert for her newest Ivy Park drop this week, the celebrity offspring were officially welcomed into the brand via Instagram.
CELEBRITIES・4 DAYS AGO

EXCLUSIVE: Zoey Deutch has been set to star in and be executive producer of Something from Tiffany’s, an Amazon Original film based on the Melissa Hill novel. Pic is a coproduction between Reese Witherspoon’s Hello Sunshine and Amazon Studios, and the first studio film for Hello Sunshine, which was recently acquired in a Blackstone-backed megadeal worth $900 million. Daryl Wein will direct from a script adapted by Tamara Chestna. Something from Tiffany’s will be produced by Reese Witherspoon and Lauren Neustadter for Hello Sunshine, and executive produced by Zoey Deutch. The romantic comedy will play exclusively on Prime Video in more than 240...
MOVIES・14 DAYS AGO
In Style

We've said it once a hundred times, and we'll say it again: Reese Witherspoon's kids are her clones. Need further proof? Look no further than the actress's latest family photo with her husband Jim Toth and their 9-year-old son Tennessee, as well as her two children from her previous marriage to Ryan Phillippe — Ava, 22 and Deacon, 18.
CELEBRITIES・10 DAYS AGO
Us Weekly

Making it work! Reese Witherspoon and ex-husband Ryan Phillippe are totally on the same page when it comes to raising their two kids, a source exclusively reveals in the new issue of Us Weekly. The Legally Blonde actress, 45, and the Big Sky star, 47, share daughter Ava, 22, and...
RELATIONSHIPS・6 DAYS AGO
DoYouRemember?

Reese Witherspoon’s children, Ava and Deacon, were recently seen modeling the new Adidas collection for pop sensation Beyoncé. The two made their modeling debut after being tapped by Beyoncé for her newest Adidas collection called Halls of Ivy Park. The brand’s Instagram account released six portraits of the siblings, some of them on their own individually, and others together.
CELEBRITIES・1 DAY AGO

Draper James, the apparel brand founded by actress and entrepreneur Reese Witherspoon, has opened two more stores ahead of the holiday shopping season and formed a brand partnership with Kohl’s for a collection set to debut next year. The new stores opened in November at the Houston Galleria in Houston,...
BLOOMINGTON, MN・8 DAYS AGO
DesignerzCentral

(JON KOPALOFF/GETTY IMAGES) Are Reese Witherspoon and Jim Toth headed for divorce? One tabloid’s cover story claims the Legally Blonde has moved out of her home. Here’s what we know.
NEW YORK CITY, NY・13 DAYS AGO
People

Zoë Kravitz got a hilarious birthday shoutout from Reese Witherspoon!. The actress, 45, shared a selfie of the two on Instagram Wednesday in honor of her Big Little Lies costar's 33rd birthday. "Listen Kravitz: this deal where I tell you what's cool and then you go out and act like...
CELEBRITIES・6 DAYS AGO
Joel Eisenberg

How to Attain a Book Cover Blurb

Really, all you need to do is send an advance copy of your book to an influencer, and ask. “I have seen the future of horror … and it is named Clive Barker.” — Stephen King.
2021-02-06
Variety

“Gangs of London” producer Pulse Films has secured the rights to Anna Whitehouse and Matt Farquharson’s Sunday Times-bestselling novel “Underbelly.” Released early in August, the book tells the story of two women, Lo and Dylan, who are living parallel lives while being worlds apart. Lo is a middle-class mother with perfectly polished Instagram posts, while Dylan holds down a zero-hours telemarketing job while trying to keep food on the table. When they meet at the school gates, they are catapulted into each other’s homes and lives — with devastating consequences. The book deal was brokered for the authors by Luke Speed on...
BOOKS & LITERATURE・7 DAYS AGO
locusmag.com

How to Add a Book to Goodreads

Do you ever wonder how books just magically show up on. right after they’re announced to the world, ready to be added to everybody’s to-read shelf? Well, actually it’s a pretty simple process to add a book to Goodreads. A lot simpler than people might expect it to be. Who...
BOOKS & LITERATURE・13 DAYS AGO