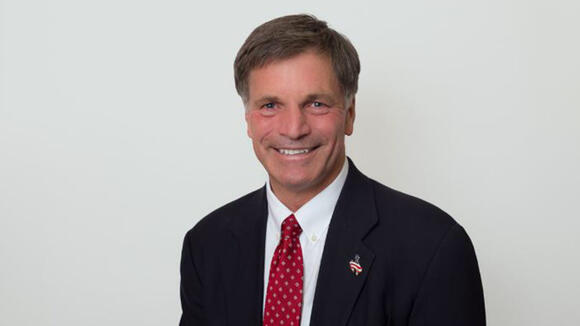 “Four weeks ago, when the President issued his announcement regarding vaccine mandates, I immediately instructed Attorney General Hill to prepare for legal action to oppose this unconstitutional overreach,” Governor Gordon said. “Attorney General Hill has begun that mission and is continuing to strengthen alliances, improve potential arguments, and consider appropriate strategies.”

Governor Gordon noted a joint letter from 24 attorneys general explained the President’s edict is broad, inexact and utilizes a rarely-used provision in Federal law that allows it to be effective immediately.

“This coalition of Attorneys General is well-prepared to fight the Biden Administration in courts when the time is right, and I am committed to using every tool available to us to oppose federal rules, regulations, and standards whenever they overreach. We are prepared to act promptly once these mandates are finally issued,” the Governor said. “Wyoming will not stand idly by to see any erosion of the constitutional rights afforded our citizens and their industries.”

As the state prepares for its legal battle with the federal government, Governor Gordon stressed that as a conservative Republican, he continues to stand for smaller government that is closest to the people. Governor Gordon reiterated, “Government must resist the temptation to intrude in private sector interests.”

“It is neither conservative nor Republican to replace one form of tyranny with another,” he added. “Doing so is antithetical to our American form of government, even if it is for something we like. I will stand firm against unconstrained governmental overreach regardless of where or when it occurs .”

The state's chief executive and top lawyer said they're not done pushing back against President Joe Biden's plan to get the country vaccinated against COVID-19. However, it's not an anti-vaccine message, but an anti-mandate fight, Gov. Kevin Stitt and Oklahoma Attorney General John O’Connor explained at a Tuesday news conference.
HEALTH・13 HOURS AGO
news9.com

Governor Kevin Stitt and Attorney General John O'Connor are fighting back and sharing a common goal to stop the Biden administration from imposing COVID-19 vaccine mandates on Oklahomans and entities throughout the state. "President Biden doesn't trust Americans to make decisions for themselves,” said Stitt. "The decision to take a...
HEALTH・16 HOURS AGO
wyomingnewsnow.tv

CHEYENNE, Wyo. (Release) - Governor Mark Gordon has responded to today’s decision by a federal court in Georgia that temporarily blocks President Biden’s vaccine mandate for federal contractors and subcontractors. The Governor and Attorney General joined Wyoming in a coalition challenging this federal action. “This is the third time the...
HEALTH・7 HOURS AGO
kggfradio.com

A federal court has blocked a third vaccination mandate imposed by the Biden administration. The U.S. District Court for the Southern District of Georgia today granted a motion by Kansas and other plaintiffs to place a temporary injunction on the “Federal Contractor” vaccine mandate. Kansas Attorney General Derek Schmidt goes into detail on what was in that mandate.
CONGRESS & COURTS・1 DAY AGO

Local hospitals that participate in Medicare and Medicaid programs will no longer have to require staff be fully vaccinated for COVID-19, after a U.S. district judge granted a temporary injunction against a federal vaccine mandate. Both Citizens Medical Center and DeTar Healthcare announced this week that they would no longer...
VICTORIA COUNTY, TX・4 DAYS AGO
2 News Oklahoma KJRH Tulsa

Today the Stitt administration announced a lawsuit, asking a judge to grant a temporary restraining order to halt the federal vaccine mandate, specifically for the Oklahoma National Guard.
POLITICS・5 DAYS AGO
thermopir.com

On Monday, a federal district court in Missouri issued an injunction that temporarily blocks President Joe Biden's Covid-19 vaccine mandate for healthcare workers at facilities participating in Medicare and Medicaid-at least for now. Ten states were included in that lawsuit including Wyoming, A...
U.S. POLITICS・6 DAYS AGO
nbcrightnow.com

The University of Wisconsin-Milwaukee is requiring employees to get vaccinated against COVID-19 by Jan. 4. The mandate is a result of an executive order from the Biden administration, requiring vaccination for federal contractors. Chancellor Mark Mone said the order applies to UWM because it receives federal funding for research projects.
MILWAUKEE, WI・6 DAYS AGO
Fox News

Biden hit with string of legal losses on vaccine mandate, as DOJ vows to 'vigorously defend' it in court

The Biden administration has been hit with a string of legal losses over its COVID-19 vaccine mandates, with a number of federal judges across the nation halting the implementation of the rules claiming overreach by the executive branch — as the Justice Department plans to "vigorously defend" the mandates in court.
CONGRESS & COURTS・6 DAYS AGO
AM 1100 The Flag WZFG

(Fargo, ND) -- North Dakota Governor Doug Burgum is talking about what he calls "federal overreach" when it comes to the Biden Administration attempting to enforce federal vaccine mandates. He spoke about legal challenge's to the mandates while appearing on "What's on Your Mind" with Flag Family Radio's Scott Hennen.
FARGO, ND・6 DAYS AGO
WSAV News 3

COLUMBIA, S.C. (WSAV) – South Carolina’s attorney general says he isn’t backing down on the Biden administration’s COVID-19 vaccine mandates. Attorney General Alan Wilson has joined three lawsuits on behalf of the state aimed at halting federal vaccine mandates — two that have resulted in injunctions. “I myself am vaccinated and for those people who […]
HEALTH・6 DAYS AGO

University of Idaho Provost and Executive Vice President Torrey Lawrence said the Biden administration’s COVID-19 vaccine mandate for employees with federal contracts has been a significant issue for the institution. During the semester’s final question and answer conversation for faculty and staff Tuesday afternoon, Lawrence reiterated the university’s position. “We...
COLLEGES・7 DAYS AGO
wwno.org

A Louisiana-based U.S. District Court judge granted a preliminary injunction Tuesday blocking the Centers for Medicare and Medicaid Services’ COVID-19 vaccine mandate for healthcare workers, just days before the deadline for workers to receive their first shot. Judge Terry Doughty of the Monroe division of the U.S. District Court of...
U.S. POLITICS・7 DAYS AGO
oilcity.news

CASPER, Wyo. — Wyoming Governor Mark Gordon’s office on Monday claimed some credit for the governor and for Wyoming Attorney General Bridget Hill in achieving a pause in the enforcement of a federal vaccine mandate on healthcare workers issued by the administration of President Joe Biden. A federal judge on...
WYOMING STATE・8 DAYS AGO
1380kcim.com

Administrators with the Carroll Community School District (CCSD) say they are waiting for more information on a proposed Occupational Safety and Health Administration (OSHA) rule that would require employees to be vaccinated for COVID-19. That regulation, which is scheduled to take effect on Jan. 4, is currently being challenged in the U.S. 6th District Court of Appeals. The rule applies to employers with 100 or more employees, and Superintendent, Dr. Casey Berlau, notes the district clearly exceeds that cutoff by a large margin, and they are consulting with the district’s attorney for guidance.
CARROLL, IA・9 DAYS AGO
mysoutex.com

Texas Gov. Greg Abbott signed the new congressional maps for the state into law Oct. 25. The maps were drawn by the Republican lawmakers with State Sen. Joan Huffman (Houston) leading the process. The maps were met with widespread criticism from Democratic lawmakers, who claimed that the maps were gerrymandered...
CONGRESS & COURTS・12 DAYS AGO
pinedaleroundup.com

PINEDALE – Deadlines for health-care facilities to comply with vaccine mandates imposed by the federal Centers for Medicare and Medicaid Services (CMS) are forcing clinics and hospitals to weigh tough decisions. The Sublette County Hospital District (SCHD) Board of Trustees contemplated exemption policies submitted by district administration at its Nov....
SUBLETTE COUNTY, WY・13 DAYS AGO
ingrams.com

House Bill No. 2001 was signed into law by Kansas Governor Laura Kelly this week. The new piece of legislation in part eases the vaccine exemption process for Kansas employees on the basis of health and religious beliefs. In a 2021 Special Session this past Tuesday, Kansas Gov. Laura Kelly...
KANSAS STATE・13 DAYS AGO
The Citizens Voice

A federal judge has denied a petition by more than 100 unvaccinated employees to block the Geisinger Health System’s vaccine mandate for religious reasons, opining in a decision Tuesday that the employees’ claims “fail across the board” in part because the state and federal constitutions “do not give the employees the rights that they think they do.”
U.S. POLITICS・13 DAYS AGO