Capitol rioter represents himself and accidentally admits to more crimes

By Bevan Hurley
The Independent
3 days ago 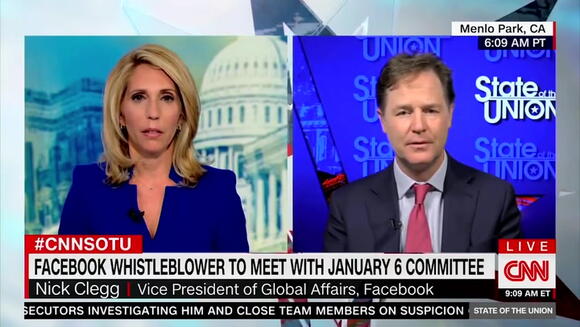 An accused 6 January rioter who was warned against representing himself at a bond hearing has admitted breaking into the US Capitol and trying to have a judge disqualified from his case.

Brandon Fellows, of Albany, New York, was facing a felony charge of obstruction of an official proceeding for allegedly breaking into the US Capitol through a broken window and smoking marijuana in Senator Jeff Merkley’s office.

Mr Fellows allegedly posted pictures of himself sitting on a police officer’s motorcycle while wearing a fake beard and USA jacket, as a mob of Trump supporters fought pitched battles with police outside the Capitol. 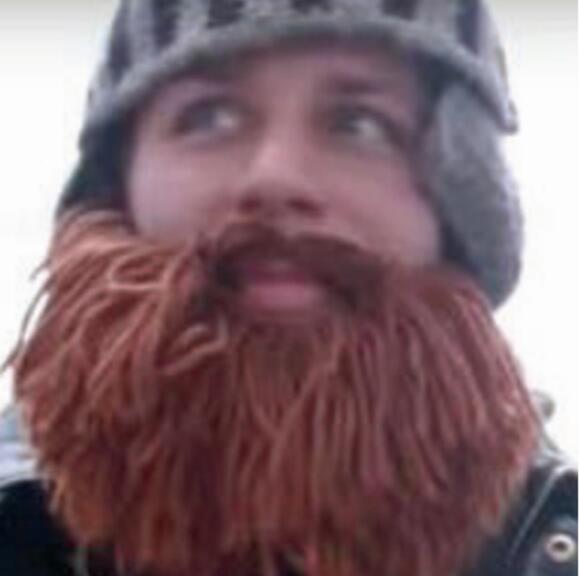 WUSA reported that Mr Fellows had asked US District Judge Trevor McFadden if he could self-represent, explaining he had spent two weeks in the Washington DC Jail’s library.

“I do not think this is a good idea … but I’m going to allow you to take the stand, if you wish,” the judge replied.

During a rambling speech while trying to have his bond revoked, Mr Fellows discussed a conversation with his public defender in which he’d found a “loophole” to have Judge McFadden removed from the case by contacting the judge’s family.

Mr Fellows went on to explain that he’d been able to get a judge in a previous case removed after he intentionally put down the judge’s wife as his emergency contact.

“When I’m worried, I don’t make the most understandable decisions,” the defendant said.

He also spoke of Guantanamo, the Taliban, and claimed he’d been told by a constitutional lawyer to wrap his cell phone in tin foil to avoid capture, WUSA reported.

During cross examination with a federal prosecutor, Mr Fellows admitted the original crime he’d been charged with of gaining access to the Capitol through a broken window without police permission.

WUSA reported he went on to admit two more felony crimes of using the judge’s wife’s contact information to try to get him removed from a previous case, and missing court-ordered mental health and drug testing appointments.

“You’ve admitted to incredible lapses of judgment here on the stand, not least of which was seeking to disqualify a New York state judge,” the judge continued.

More than 600 people have been charged for their roles in the 6 January riot at the US Capitol.

this is the replubicains that tried to over throw the United States not very bright are they. this is the orange clown's followers. so why would anyone vote red?

Judge, I'll defend myself thank you, but, first I'll have too ask trumpy what to say, how to act and will he pardon me since he's still president, huh what, he isn't???

How prophetic and on the mark was Hillary when she called Trump supporters DEPLORABLES. No truer words have ever been spoken by an American politician.

Dawn Bancroft admitted to knowing she shouldn't be in the Capitol and asked her kids to delete a video she sent them of her inside the building.
CONGRESS & COURTS・17 DAYS AGO
The Independent

A Pensylvania woman who allegedly threatened to “hang” Nancy Pelosi during the 6 January Capitol riots has been ordered back to prison ahead of her trial.Federal prosecutors had reported that Pauline Bauer was refusing to follow court orders, which led a judge to revoke her pre-trial release at a court hearing on Friday.Ms Bauer has allegedly refused to surrender her passport, confirm her address, let pretrial services inspect her home or call to check in once a week, all conditions of her release, reports Courthouse News.NBC 4 Washington’s Scott McFarlane posted on Twitter that Bauer claims she is...
PROTESTS・27 DAYS AGO
Business Insider

Kari Lake, Trump's pick for Arizona governor, said the Capitol rioters were "invited in" by police. Lake is one of the candidates running in the 2022 gubernatorial election in Arizona. She received Trump's endorsement after she suggested that he be added to Mount Rushmore. A Trump-endorsed candidate for Arizona governor...
ARIZONA STATE・5 DAYS AGO
mediaite.com

‘You’re Not Gonna Like My Answer…’ Capitol Police Chief Defends Rallygoers’ Right to Protest Treatment of Prisoners Being Held Over Jan. 6

U.S. Capitol Police Chief Thomas Manger on Friday defended the right of those attending Saturday’s rally outside the Capitol to express their views. During a press briefing with Capitol and DC police officials, Manger was asked if there are any members of Congress who plan to attend the rally in support of those who stormed the Capitol on Jan. 6 and if he has a response to “the underlying purpose of this rally” in that those attending believe the Jan. 6 rioters are “political prisoners.”
PROTESTS・28 DAYS AGO

A Capitol riot suspect is being 'shunned' by people in her small Indiana town and 'chastised on the street,' lawyer says

Dona Bissey, from Bloomfield, Indiana, was charged with storming the Capitol on January 6. Bissey said she was "proud" of being a part of the insurrection, a criminal complaint said. Her lawyer asked for a lenient sentencing, saying her town had shunned her. A Capitol riot suspect has been "shunned"...
INDIANA STATE・10 DAYS AGO
The Independent

The family of a Native American woman who shot dead her alleged rapist in what she says was self defence, has appealed to a federal judge who could jail her for almost 20 years.Maddesyn George, 27, who has an 18-month-old child, is due to next month appear before a judge who will determine her fate over an incident that happened last summer.On July 12 2020, on the Coleville Indian Reservation in eastern Washington state, Ms George shot and killed Kristopher “Buddy” Graber as he was approaching her car window. She has alleged Graber had raped her the night before and that she...
PUBLIC SAFETY・2 DAYS AGO
WUSA

Capitol Riot suspect in tears at sentencing. Attorney says he is remorseful for crime that is 'forever part of American history'

WASHINGTON — Robert Palmer, 54, of Tampa admitted in U.S. District Court on Monday that he was the man wearing a red, white and blue “Trump” jacket while attacking police protecting the entrance to the Lower West Terrace of the US Capitol January 6. Palmer told U.S. District Court Judge...
WASHINGTON, DC・11 DAYS AGO
WashingtonExaminer

Mark Meadows on FBI informant in Capitol riot crowd: 'There is a whole lot that needs to come out'

The public does not know the full story about the Capitol riot, according to a top confidant of former President Donald Trump.
WASHINGTON, DC・17 DAYS AGO

A member of one of the most famous gangs in the United States was sentenced to 40 years in prison on Tuesday for his role as an enforcer, which included shooting a minor in the chest twice for interrupting the filming of a gang rap video. He's the last defendant in a case against the Gangster Disciples, the Justice Department announced on Thursday.
ENTERTAINMENT・1 DAY AGO
Bemidji Pioneer

Ethan Nordean was arrested for his alleged crimes in early February and indicted by a federal grand jury the following month.
CONGRESS & COURTS・24 DAYS AGO
CNBC

Former President Donald Trump on Thursday condemned the criminal prosecution of hundreds of his supporters who were part of the mob that invaded the Capitol complex on Jan. 6. Trump's claim that those people are being "persecuted" came as police in Washington prepared for Saturday's planned "Justice for J6" rally outside the Capitol, which is being held to support the defendants.
POTUS・29 DAYS AGO

WASHINGTON, D.C., USA — A former Houston Police officer pleaded guilty Monday for his involvement in the Capitol riots on Jan. 6. Tam Dinh Pham, 49, pleaded guilty to the petty misdemeanor offense of parading, demonstrating or picketing inside the Capitol Building. Three other criminal charges were dropped by the Department of Justice as part of the plea agreement.
WASHINGTON, DC・25 DAYS AGO
Law.com

U.S. District Senior Judge Thomas Hogan said he felt many Jan. 6 defendants were trying to shirk full responsibility for the riot. Hogan said it was 'foolish' to view those who stormed the Capitol as 'political prisoners.'. The federal judge sentenced Jan. 6 defendant Robert Reeder to three months in...
CONGRESS & COURTS・7 DAYS AGO
UPI News

Oct. 7 (UPI) -- Prosecutors on Thursday formally charged a Pennsylvania woman with stealing House Speaker Nancy Pelosi's laptop during the Jan. 6 riots at the Capitol and then selling or disposing of it. Riley Williams, 22, was charged with stealing the laptop and resisting police in an indictment unsealed...
PROTESTS・8 DAYS AGO
HuffingtonPost

He Attacked Cops At The Capitol. The FBI Interviewed Him. Then He Rejoined The Army.

On Jan. 6, 2021, a Donald Trump supporter named James Mault took part in the attack on the U.S. Capitol. On Jan. 18, the FBI interviewed Mault about his role in the riot that day. Mault, who was known to online sleuths as #IronWorkerGuy because he was wearing a helmet...
MILITARY・1 DAY AGO

Fight disinformation. Get a daily recap of the facts that matter. Sign up for the free Mother Jones newsletter. A federal judge in Washington, DC, ripped into a Capitol riot defendant who’d just pleaded guilty to a misdemeanor charge on Friday, criticizing him for taking part in “attack on our government.”
CONGRESS & COURTS・20 DAYS AGO
TheDailyBeast

Federal Judge Reggie B. Walton did not hold back in his criticism of Jan. 6 rioter Anthony Mariotto, who pleaded guilty to a misdemeanor charge for breaching the U.S. Capitol. The judge warned Mariotto to stay on the “straight and narrow” as he accepted the guilty plea on Friday. Mariotto faces a maximum sentence of six months in jail. “You’ve disgraced this country in the eyes of the world, and my inclination is to lock you up,” said Walton. “I found it outrageous that American citizens would do what you did.”
CONGRESS & COURTS・20 DAYS AGO
KSAT 12

SAN ANTONIO – A San Antonio man who allegedly bragged about participating in the deadly Jan. 6 siege on the U.S. Capitol has been sentenced to jail. Matthew Carl Mazzocco, a 37-year-old former loan officer, has been ordered by a federal judge to serve 45 days in jail, a sentence longer than what federal prosecutors recommended, according to ABC News.
SAN ANTONIO, TX・11 DAYS AGO
The Independent

An unvaccinated Capitol rioter who pleaded with a judge not to send her to jail because she was afraid of getting Covid-19 has been sentenced to 14 days behind bars.QAnon-supporting hairdresser Donna Sue Bissey, 53, pleaded guilty in July to parading, demonstrating or picketing in a Capitol building, a misdemeanor punishable by a maximum of six months’ imprisonment.According to the Department of Justice, authorities were tipped off after Bissey and her friend Anna Morgan-Lloyd posted photos on Facebook from inside the Capitol building.One photo showed the pair had a caption which read “Inside Capitol Building.”Bissey commented under the photo...
PROTESTS・1 DAY AGO