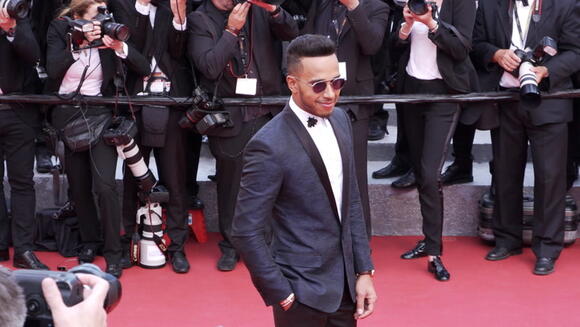 Mercedes team principal Tofo Wolff has admitted that Lewis Hamilton could face a second engine penalty this season, in what would be a major blow to the defending champion’s chances in his Formula 1 title race with Max Verstappen .

Hamilton served a 10-place grid penalty at last weekend’s Turkish Grand Prix after he was forced to use his fourth engine this season – one more than the permitted number.

The Briton was fastest in qualifying but had to start from 11th on the grid in Istanbul, ultimately finishing fifth after climbing as high as third.

Speaking to Sky Sports , Mercedes boss Wolff said: “We had to do [the engine change in Turkey].

“We saw some data on the Internal Combustion unit that didn’t look very promising and a DNF [did not finish] is a total killer for the championship.

“We’ve seen over the course of the season that we’ve had some little gremlins that we weren’t completely sure where they came from and how much performance they could potentially cost.

“So we’d rather have a new engine in the pool and that we understand that can possibly go longer.”

Wolff, who said Hamilton’s engine had been making some “unusual noises” prior to the change, also refused to rule out yet another engine replacement – and, as such, another grid penalty.

“[The fourth engine] can last until the end of the season, but there could be a moment where we say: ‘Is it worth taking a fresh one, because the other one is still at risk?’

“So, this is something that is going to be really a work in progress.”

The next event is the United States Grand Prix in Austin, Texas on 24 October.

'Verstappen should get a five place grid penalty for next race': F1 fans call for Red Bull driver to be penalised after his on-board footage from Sao Paulo GP is FINALLY released in which he avoided any punishment for running Lewis Hamilton off track

Formula One fans have called for Max Verstappen to receive a penalty after on-board footage of his tussle with Lewis Hamilton in Brazil was finally released. Mercedes were furious after a lap 48 incident between the two championship title contenders, in which their man overtook Verstappen, only for him to be forced wide and pushed back down to second place.
MOTORSPORTS・12 DAYS AGO
The Independent

Lewis Hamilton has won the Brazilian Grand Prix, climbing from 10th place to overtake Max Verstappen and narrow the gap to his Formula 1 title rival to 14 points.Hamilton was excluded from qualifying in Sao Paulo and demoted to the back of Saturday’s sprint race after his Mercedes fell foul of the technical regulations and his pole lap at Interlagos was chalked off. The Briton performed impressively to finish fifth in the sprint, but he also served a five-place grid penalty for using his fifth power unit of the season – when only three are permitted.But the defending champion...
MOTORSPORTS・14 DAYS AGO
SkySports

An animated Wolff clenched his fists in celebration and then pointed in the direction of the world-feed camera positioned in Mercedes' garage when Hamilton crossed the line to claim a crucial win ahead of title rival Max Verstappen from 10th on the grid, at the end of dramatic weekend of investigations and penalties at Interlagos.
MOTORSPORTS・14 DAYS AGO
International Business Times

Mercedes chief Toto Wolff slammed Red Bull’s Max Verstappen, calling his defense "laughable" after Lewis Hamilton claimed a sensation victory in Sao Paulo on Sunday. A frustrated Verstappen defended from Verstappen robustly but could not stop the Brit from winning the race despite starting at P10 on the grid. Mercedes...
MERCEDES, TX・14 DAYS AGO

It was a dramatic turnaround on a rollercoaster weekend for Hamilton, after suffering a qualifying disqualification and an engine penalty, and he capped his display by defeating Verstappen in another epic wheel-to-wheel duel. Hamilton, having soared through the field in the early stages, and Verstappen, after passing Valtteri Bottas for...
MOTORSPORTS・14 DAYS AGO
The Independent

Mercedes team principal Toto Wolff admits he was unsurprised to see a right for review against Max Verstappen denied as the most thrilling Formula One title fight in years spilled over into a war of words with Red Bull boss Christian Horner Lewis Hamilton took the chequered flag at the Brazilian Grand Prix last weekend to close the gap in the drivers’ championship to 14 points with three races remaining.But Verstappen escaped punishment for running his rival off the road as they duelled for first position on lap 48.BREAKING: Stewards reject Mercedes appeal into incident between Hamilton and Verstappen in...
MOTORSPORTS・9 DAYS AGO
ClutchPoints

F1 legend Fernando Alonso shares that he sees villain-like similarities between him and Max Verstappen perceived as the “bad guy” amid the dutchman’s championship battle with Lewis Hamilton. Long ago, Alonso won world titles with Renault in 2005 and 2006, rising above the rest of the F1 competition. After that...
MOTORSPORTS・12 DAYS AGO
ClutchPoints

F1 legend and former McLaren champion Mika Hakkinen clearly warns Max Verstappen amid the dutchman’s tight championship race with Lewis Hamilton. Hakkinen has had his fair share of success with McLaren, winning it all in 1998 and 1999. With that, the Finnish driver knows what it takes to succeed in the sport, even with daunting challenges and world-class opponents.
MOTORSPORTS・10 DAYS AGO
Daily Mail

Lewis Hamilton's new Mercedes engine helped deliver one of his most famous wins in Brazil... but why was it so quick and can the Brit rely on it lasting in the final three races as his intense title battle with Max Verstappen comes to the boil?

Much was made of Lewis Hamilton's storming performance to go from 10th at the start of the Sao Paulo Grand Prix to passing chief title rival Max Verstappen in dramatic fashion to clinch a key win. It wasn't just the nature in the way he did it - having had...
MOTORSPORTS・10 DAYS AGO
ClutchPoints

F1 rising star George Russell makes a wild response to those betting against Lewis Hamilton amid his intense title race with Max Verstappen. Hamilton put on a masterclass in Brazil, garnering another race win after starting from P10 due to his fresh engine’s penalty. Despite Verstappen’s start from P2 and Mercedes teammate Valtteri Bottas’ pole position, Hamilton managed to rise above all with the odds stacked up against him.
MOTORSPORTS・10 DAYS AGO

In F1's first-ever shootout at Doha's Losail circuit, hosting round 20 of 22 this year, Hamilton was in control throughout and topped Q1 and Q2 before stretching an even bigger gap to his rival in the closing stages. Hamilton finished his sublime final Q3 lap 0.455s ahead of the title-leading...
MOTORSPORTS・8 DAYS AGO
punditarena.com

“If these are the regulations, let’s race exactly like this” – Toto Wolff on Max Verstappen’s cornering incident

Toto Wolff was disappointed, but not surprised at the decision to deny Mercedes’ right of review request on the Max Verstappen cornering situation. The controversy surrounding Max Verstappen’s wide cornering forced Lewis Hamilton to go even wider has left a sour taste in Toto Wolff’s mouth. “I think we always...
MOTORSPORTS・9 DAYS AGO
ClutchPoints

Mercedes have filed a request for ‘Right of Review’ following the controversial clash between Max Verstappen and Lewis Hamilton on Lap 48 at the F1 Brazilian Grand Prix. The Sao Paulo GP was full of exhilarating action as Hamilton weaved his way through the field after having to incur several penalties over the race weekend. On Lap 48, Hamilton was finally close enough to make a move on Verstappen heading into turn 4 of the circuit.
MOTORSPORTS・12 DAYS AGO
SkySports

On a weekend when the off-track tension between Mercedes and Red Bull has been ratcheted up to arguably its highest level of a gripping season, the reigning champions have continued to enjoy a sizeable performance edge on the track similar to last week in Brazil. Mercedes have topped every session...
MOTORSPORTS・8 DAYS AGO

'Fair and hard racing': Max Verstappen insists he did nothing wrong in Lewis Hamilton duel at Brazilian GP

Max Verstappen has insisted that he did nothing wrong in his duel with Lewis Hamilton at last weekend’s Brazilian Grand Prix, saying he would have spun off the track on his “worn tyres” had he turned in any more aggressively. After deliberating for around four hours on Thursday night, FIA...
MOTORSPORTS・10 DAYS AGO
ESPN

Lewis Hamilton is delivering superhero performances because recent adversity has "woken up the lion" in the seven-time world champion, according to Mercedes boss Toto Wolff. Eight days ago Hamilton's title chances appeared to have been dealt a severe blow at the Brazilian Grand Prix when his Mercedes' rear wing failed a scrutineering test after qualifying, dropping him to the back of the grid for the sprint race.
MOTORSPORTS・7 DAYS AGO
Daily Mail

Max is BACK in the dock! Verstappen is called in front of the stewards for 'ignoring' yellow flags in frantic Qatar GP qualifying session... with pole sitter Lewis Hamilton hoping for a race-day boost against title rival

Lewis Hamilton was handed a world championship boost on Saturday night when Max Verstappen was summoned to the stewards for seemingly ignoring double-waved yellow flags during qualifying for the Qatar Grand Prix. The championship leader will learn his fate following the hearing today at 1pm here in Doha and 10am...
MOTORSPORTS・9 DAYS AGO
The Independent

Toto Wolff hailed Lewis Hamilton’s “superhero powers” after the reigning world champion steered his Mercedes to a masterful victory at the Qatar Grand Prix.Hamilton led from lights to flag at the Losail International Circuit to beat Max Verstappen into second place and move to within eight points of his main title rival.There are just two races remaining – a debut in Saudi Arabia and a return to Abu Dhabi – and Hamilton has now taken victory in Brazil and here at the inaugural race in Doha to build momentum.Caption this. 😂 pic.twitter.com/qcTL9wKvRJ— Mercedes-AMG PETRONAS F1 Team (@MercedesAMGF1) November 21, 2021The...
MOTORSPORTS・7 DAYS AGO