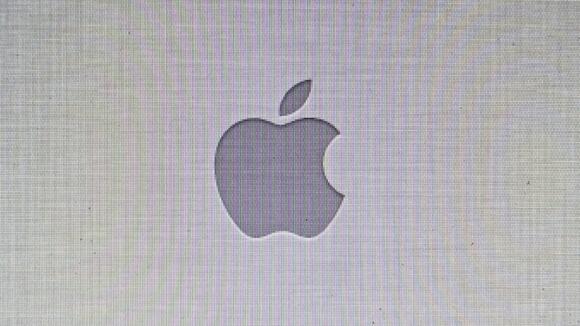 While Apple Inc. ( NASDAQ: AAPL ) has been able until now to dodge the chip shortages that have slowed production of everything from new cars to LED light fixtures, the day finally may have come when the world's largest company got tagged.

On Tuesday, Bloomberg cited unnamed sources who said that production of the new iPhone 13 models may fall short of 2021 projections by as many as 10 million units. Apple had expected to produce 90 million of the new iPhones in the company's fiscal first quarter ending in December.

Bloomberg cited Morgan Stanley analyst Wamsi Mohan who said his firm "expect[s] Apple to come in below consensus." Worse news may be coming for Apple suppliers like Skyworks, STMicro and Texas Instruments.

Apple, on Tuesday, posted an invitation for a hardware launch event that everyone expected. Called "Unleashed," the event is scheduled for October 18 and will begin at 1:00 p.m. ET.

The company is expected to launch new 14- and 16-inch MacBook Pro models using a new version of its internally designed M1 chip called the M1X. A redesigned and higher-end Mac Mini is also likely to be launched, and third-generation AirPods are believed to be possible.

On Monday, The Hollywood Reporter cited a prediction from Digital TV Research projecting that by 2026, Disney+ will have more subscribers globally than Netflix and that both will have roughly eight times as many subscribers as Apple TV+. Disney's streaming subscription service is expected to add 140 million subscribers to reach a total of 284.2 million by 2026. Netflix will add about 121 million to reach 270.7 million, and Amazon Prime is forecast to reach 243.4 million. Apple TV+ is forecast to have 35.6 million subscribers in 2026.

Apple is not the only tech giant to go after Epic Games. On Monday, Alphabet/Google sued the Fortnite maker for violating the rules of the Google Play store . The lawsuit follows a filing by Apple last month, challenging a portion of a ruling in federal district court ruling last month, that would force Apple (and Google) to allow app developers to avoid listing fees of as much as 30% in the App Store.

Under Pressure, Apple Allows Self-Repairs To iPhones And Macs

(AP) – Apple is letting some iPhone users fix their own phones, a sharp turnaround for a company that has long prohibited anyone but company-approved technicians from fiddling with its proprietary parts and software. The company said Wednesday that it will enable users of two of the newest iPhone models...
CELL PHONES・14 DAYS AGO
xda-developers

How to set up and use an Apple AirTag on iPhone

You will need an iPhone/iPod touch running iOS 14.5 or later. Alternatively, you can use an iPad running iPadOS 14.5 or later. You can’t set up an AirTag using a Mac, unfortunately. However, you will be able to use and control it on macOS, once you connect it to your Apple ID. To set up an AirTag with an iDevice, follow the step below:
CELL PHONES・13 DAYS AGO
wccftech.com

Apple has temporarily halted online sales of its devices ranging from iPhones and Macs in Turkey. The reason for this is the latest monetary policy enabled by President Recep Tayyip Erdogan, which has resulted in the country’s currency, the Lira, to crash as much as 42 percent. Apple has not officially announced that it has temporarily suspended sales in the country, but MacRumors reports that its online shopping is not available, which is likely due to the economic instability.
BUSINESS・14 DAYS AGO
24/7 Wall St.

What’s Up With Apple: Fined in Italy, Doxxed and More

Apple and Amazon fined for anti-competitive practices in Italy, and whistleblower Cher Scarlett breaks her agreement not to talk.
BUSINESS・14 DAYS AGO

Apple has filed a lawsuit against NSO Group seeking to stop the Israel-based company from installing its spyware program on Apple devices.
BUSINESS・13 DAYS AGO
Phone Arena

Apple has been running short of iPhone 13 units to ship thanks to the global chip shortage. As a result, the tech firm has reportedly cut production of the iPad by up to 50% in order to use the chips for more popular iPhone models. Morgan Stanley's Katy Huberty says...
CELL PHONES・12 DAYS AGO
Macworld

Black Friday arrives earlier and earlier every year. No longer is Black Friday limited to the day after Thanksgiving—holiday shopping deals began as soon as the summer ended and they won’t stop until Santa arrives. But searching for the best Apple deals doesn’t have to be an overwhelming, stressful experience. If you’re patient and smart, you can save big on Apple products without needing to wait in the cold or battle people for doorbusters.
ELECTRONICS・11 DAYS AGO
9to5Mac

Kuo: Apple’s AR headset to launch in 2022 with Mac-level computing power, will operate without the iPhone

In a note to investors seen by 9to5Mac, Apple analyst Ming-Chi Kuo details a bit more of the company’s long-rumored AR headset project, which is said to launch in 2022. According to Kuo, Apple’s AR headset will have a processor “with the same computing power level as the Mac” and its chip design will be the most significant difference between the Apple AR headset and its competitors. The analyst writes:
ELECTRONICS・12 DAYS AGO

The popularity of Apple‘s iPhone 13 has surpassed forecasting and expectations. While its release in October showed that the phone lacked innovation due to its almost identical design to its predecessor, the iPhone 12, sales still skyrocketed. The sales for the iPhone 13 have exceeded the iPhone 12, which already...
CELL PHONES・8 DAYS AGO
Apple Insider

AppleInsider is supported by its audience and may earn commission as an Amazon Associate and affiliate partner on qualifying purchases. These affiliate partnerships do not influence our editorial content. — Apple has regained its spot as the second-largest smartphone manufacturer in the world in the third quarter of 2021, and theiPhone 13 models will likely drive it to first in Q4.
CELL PHONES・7 DAYS AGO
TechRadar

For a long time we’ve heard rumors that Apple is working on an AR (augmented reality) or VR headset, and now it seems the wearable could be less than a year away, with a late 2022 release date touted. That’s according to Ming-Chi Kuo (an analyst with a great track...
ELECTRONICS・11 DAYS AGO
The Verge

Apple’s first AR headset will be released in the fourth quarter of 2022, according to a research note from analyst Ming-chi Kuo seen by MacRumors and 9to5Mac. Kuo predicted back in March that the headset would be released sometime next year, and is now also providing more technical information on the device.
ELECTRONICS・12 DAYS AGO
theiet.org

Apple has told suppliers who make components for its iPhone that customer demand is slowing more than it had anticipated, according to a report from Bloomberg News. Citing “people familiar with the matter,” the news organisation said that Apple had told its suppliers not to expect a surge in demand early next year, and that it may not reach the kind of “blockbuster” sales targets originally envisioned.
CELL PHONES・6 DAYS AGO
pocketnow.com

It had been a while since we received information about the new iteration of Apple’s most affordable iPhone. Luckily we have received a new rumor suggesting that the new iPhone SE may be closer to a possible launch, as a report from Taiwanese research firm TrendForce claims that it could arrive in the first months of 2022.
CELL PHONES・7 DAYS AGO
IGN

Cyber Monday is upon us, and many of the best Black Friday Apple deals have rolled over into the next big shopping event. While Apple products typically don't go on sale often, or even for much at all, we're seeing some deep discounts on popular products such as Apple Watch, AirPods, and more.
ELECTRONICS・9 DAYS AGO
technave.com

From time to time, Apple would induct a device into the Vintage Product List. In this latest add-on, the iPhone 6 Plus will be inducted on 31 December 2021. Just so you know, it has been more than five years since Apple took the iPhone off the shelves. A brief...
CELL PHONES・6 DAYS AGO
The Motley Fool

Even more gains could be in store for shareholders in the tech giant.
STOCKS・1 DAY AGO
24/7 Wall St.

Apple’s ‘M3’ Chips For Macs Will be Based on TSMC’s 3nm Process, Test Production Underway

Apple launched the new 2021 MacBook Pro models with its all-new M1 Pro and M1 Max chips. The new chips have enormous processing as well as graphics performance. However, it is never too early to begin speculating what the Cupertino giant will have in store for us in the times to come. Apple's chipmaking partner TSMC has already kicked off pilot production of chips based on its 3nm process. Apple's 2023 Macs and iPhone models will use TSMC's 3nm 'M3' chips based on the N3 process. Scroll down to read more details on the subject.
COMPUTERS・4 DAYS AGO