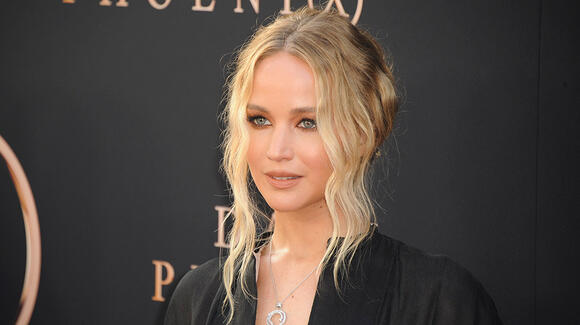 Along with Lawrence, the film will be directed by Gene Stupnitsky , a writer and co-executive producer on NBC’s “The Office.” “No Hard Feelings” will be Stupnitsky’s follow-up to the 2019 coming-of-age ensemble comedy “Good Boys,” his feature-length directorial debut. Stupnitsky also serves as co-writer on “No Hard Feelings,” alongside John Phillips.

“No Hard Feelings” is set in Montauk, NY, a hamlet on the east end of Long Island. The package is billed as an R-rated comedy in the vein of the 1983 Tom Cruise film “Risky Business” and the 2011 Cameron Diaz vehicle “Bad Teacher,” which Stupnitsky served as an executive producer and writer on.

Sony Pictures reportedly fended off some competition from other streamers and major studios in its pursuit of the project, including interest from Stupnitsky’s “Good Boys” distributor Universal Pictures. The studio secured “No Hard Feelings” with the intention of giving the completed film an exclusive theatrical release. It is unknown what the official price tag on the project was.

Producers on “No Hard Feelings” include Alex Saks, Marc Provissiero, Naomi Odenkirk, Justine Polsky and Lawrence. Phillips is serving as an executive producer.

The comedy is only the latest addition to Lawrence’s slate of upcoming projects. After a hiatus from screen acting following the release of 2019’s “Dark Phoenix,” Lawrence returns this year with Netflix’s holiday release “Don’t Look Up,” an ensemble comedy from “The Big Short” director Adam McKay. Lawrence stars alongside Leonardo DiCaprio, Jonah Hill, Cate Blanchett, Meryl Streep and many others. On the horizon, Lawrence is set to star in the Paolo Sorrentino-directed “Mob Girl” and play Theranos founder Elizabeth Holmes in “Bad Blood,” which will reunite the actress with director McKay.

“Lucky,” the film project adapted from Alice Sebold’s 1999 memoir toplined by “You” star Victoria Pedretti, has been abandoned, Variety has learned. The movie was dropped after losing its financing months ago, according to a source close to the production. Pedretti is also no longer involved. In “Lucky,” Sebold depicts being viciously beaten and raped by a stranger during her freshman year at Syracuse University in 1981, and explores how this trauma shaped the rest of her life. On Wednesday, a New York Times article detailed how executive producer Timothy Mucciante raised concerns about the events in the book and left the...
MOVIES・2 DAYS AGO
Variety

Jurnee Smollett has landed the female lead in “The Burial,” a new courtroom drama from Amazon Studios. The “Lovecraft Country” actor will star opposite Jamie Foxx and Tommy Lee Jones in the Maggie Betts-directed project. Based on a true story, the film follows a bankrupt funeral home owner who decides to sue a rival businessman over a handshake deal gone wrong. The owner hires a flamboyant attorney (Foxx) to handle the case. Smollett will play Foxx’s opposing counsel, sources said. Betts is directing from a script written by Doug Wright. Producers on the film include Bobby Shriver via his Bobby Shriver Inc....
MOVIES・9 DAYS AGO
Variety

Despite its smattering of shortcomings, “A Castle For Christmas” is gently disarming, heartening, holiday-themed escapism that’s as satisfying as a cup of hot chocolate on a cold winter’s night. Director Mary Lambert’s romcom is centered on a divorcée who, after a public meltdown, buys a castle in Scotland, meets a dreamy duke and regains her creative vitality. Trading cloying for cute, treacly for tolerable, and caustic for comforting, its sincere, aspirational sentiments about it never being too late to write your own second chapter feel genuinely meaningful, making up for its struggles to pay off unrequited setups. Sophie Brown (Brooke Shields)...
TV & VIDEOS・2 DAYS AGO
ComicBook

Safe House, a crime thriller starring Denzel Washington and Ryan Reynolds, has found a great second life on Netflix as of late, putting up solid streaming numbers and reaching new viewers nearly a decade after its theatrical debut. This week, another one of Washington's films is making the move to Netflix, and there's a good chance it could see a similar kind of popularity with viewers thanks to the star power of Denzel.
MOVIES・27 DAYS AGO

It seems like almost every actor in Hollywood wants to jump in on the Marvel bandwagon and with Phase Four slowly taking shape, Marvel Studios will most certainly be introducing new characters to the fold which of course means that it's only a matter of time before our favorite Hollywood A-listers make their way to the billion-dollar franchise.
MOVIES・26 DAYS AGO
GOBankingRates

10. Adam Sandler: 'The Ridiculous Six' How much he made: $62.5 million In 2017, Adam Sandler signed an estimated $250 million, four-movie deal with Netflix, Forbes reported. That breaks down to...
MOVIES・10 DAYS AGO
digitalspy.com

Jennifer Lawrence explains why she took a break from acting

Jennifer Lawrence says she took a break from acting because she felt like "everybody had gotten sick of" her. Having earned critical acclaim for her performances in Winter's Bone and X-Men: First Class, Lawrence's stardom was amplified further when she portrayed protagonist Katniss Everdeen in The Hunger Games in 2012.
CELEBRITIES・5 DAYS AGO
US Magazine

Bumping along in a black dress! Jennifer Lawrence gave a rare glimpse of her pregnancy progress on Tuesday, November 16. The actress, 31, spoke to Vanity Fair about the trailer for her upcoming movie with Leonardo DiCaprio, Don’t Look Up, frame by frame. Although she was seated in the interview footage, the Kentucky native’s budding belly could be seen.
CELEBRITIES・10 DAYS AGO

Jennifer Lawrence has opened up about her decision to take a break from the spotlight, saying she thought everybody was "sick" of her. The actress spoke candidly about her experience during a rare cover interview with Vanity Fair, ahead of her upcoming film Don't Look Up - her first release in over two years since X-Men: Dark Phoenix in June 2019.
CELEBRITIES・4 DAYS AGO
940wfaw.com

JAKE GYLLENHAAL'S RUMORED CAT COMES TO HIS DEFENSE: Jake Gyllenhaal’s Ms. Fluffle Stilt Skin, has spoken out about the backlash her alleged owner has faced since the release of Red (Taylor’s Version). The cat wrote on Instagram Tuesday (Nov. 16th), “MEOUCH – y’all need to clam down and stop cyber bullying.” Although Gyllenhaal has never admitted to owning Ms. Fluffle Stilt Skin, he did admit to Yahoo in 2019 that he knew the feisty feline. https://www.instagram.com/p/CWV_MknJMO7/?utm_source=ig_web_copy_link.
CELEBRITIES・10 DAYS AGO
The Independent

Jennifer Lawrence admits to getting 'high' on Don't Look Up set

Jennifer Lawrence has revealed she got "high" while filming 'Don't Look Up' in order to immerse herself in her character. The Hollywood actor plays Kate Dibiasky, an astronomer who loves smoking weed, in Adam McKay’s forthcoming political comedy for Netflix. The director told a recent Q&A that Lawrence had permission...
CELEBRITIES・4 DAYS AGO
GOBankingRates

How Much Is Leonardo DiCaprio Worth?

Leonardo DiCaprio has been a household name since 1996. This American actor, producer, philanthropist and environmental activist continues to delight and surprise audiences by taking on different...
LOS ANGELES, CA・16 DAYS AGO

Jennifer Lawrence on Hollywood break: “I think everyone was tired of me”

For several years, Jennifer Lawrence she was one of the most prominent and in demand actresses in Hollywood. However, at some point, the Oscar-winning actress decided to take a break from acting following the release of X-Men: Dark Phoenix in 2019, in which she last played the character of Mystica.
CELEBRITIES・5 DAYS AGO
CNET

Netflix: Every new TV show and movie coming in December 2021

December is absolute barnburner of a month for Netflix, it's tough to even know where to start. So let's start with The Witcher. Season 2 of the incredibly popular show, based on the incredibly popular video game series, hits Netflix on December 17. Jane Campion's latest movie The Power of the Dog hits much sooner, on December 1, and has been highly rated on the festival circuit. We could be looking at something special here.
TV SERIES・3 DAYS AGO
Us Weekly

Thinking ahead. Pregnant Jennifer Lawrence has yet to give birth to her first child, but she’s already respecting the little one’s privacy. “If I was at a dinner party, and somebody was like, ‘Oh, my God, you’re expecting a baby,’ I wouldn’t be like, ‘God, I can’t talk about that. Get away from me, you psycho!’” the actress, 31, told Vanity Fair in her December 2021/January 2022 cover story, published on Monday, November 22. “But every instinct in my body wants to protect their privacy for the rest of their lives, as much as I can.”
CELEBRITIES・5 DAYS AGO
papermag.com

Jennifer Lawrence 'Inhaled' Fake Nose Ring and 'Spit It Out'

Jennifer Lawrence is willing to suffer for her art. In a new interview with Vanity Fair, the actress talked about getting into character as astronomer Kate Dibiasky for her new movie Don't Look Up. And while part of this process entailed pretty standard stuff like speaking with a female astronomer, Lawrence also took it a step further by giving Kate a relatively edgy aesthetic, explaining that she wanted her to be the "fierce" type of person who's a "'notice me, hear me roar, rat-tat-tat' kind of lady."
CELEBRITIES・10 DAYS AGO
People

Jennifer Lawrence feared for her life during a terrifying plane ride in 2017. In Vanity Fair's latest cover story, the Oscar-winning actress recalls taking a private plane from her native Kentucky bound for New York City in the summer of 2017 when the plane had to make an emergency landing in Buffalo.
CELEBRITIES・5 DAYS AGO
Popculture

Jennifer Lawrence is making her return to the big screen with the star-studded movie Don't Look Up and the first full trailer dropped on Nov. 16. Don't Look Up follows Lawrence's Dr. Kate Dibiasky and Leonardo DiCaprio's Dr. Randall Mindy, two low-level astronomers who discover that a comet is coming to destroy the earth. They face opposition at every turn, particularly from President Janie Orlean, played by Meryl Streep, and her Chief of Staff, Jason Orlean (Jonah Hill), who do not want to publicly say there is a 100% chance a comet will hit the earth.
CELEBRITIES・10 DAYS AGO
Variety

Actor Corey Hawkins is incredibly grateful to know Denzel Washington, his legendary co-star in “The Tragedy of Macbeth.” “I love that I get to walk in his footsteps, but I know I can never fill that man’s shoes,” Hawkins tells Variety’s Awards Circuit Podcast. “To share space to sit down in his dressing room, and talk, pray, listen, talk sports, talk whatever – they say never to meet your heroes but to finally dispel that rumor because he is the greatest of all time.” Listen to the full interview with actor Corey Hawkins in the latest edition of Variety’s Awards Circuit...
MOVIES・2 DAYS AGO
ComicBook

Will Smith paid his King Richard co-stars out of his own pocket to make up for any shortfalls with the movie releasing on HBO Max. There has been a ton of chatter around the financial realities of the COVID-19 pandemic. One of the most hotly-contested debates is if stars should renegotiate their deals in light of the "decreased earning potential" In a piece from The Hollywood Reporter, they say that Smith decided to cut that conversation off at the pass. He got a reported $40 million to play Venus and Serena Williams' father and is sharing the wealth. The publication said that he personally wrote a check to Jon Bernthal, Tony Goldwyn, Saniyya Sidney, and Demi Singleton. Smith's representation has neither confirmed nor denied these reports. It wouldn't really be out of character for the star. This was clearly a passion project for one of the most beloved actors in Hollywood.
MOVIES・21 DAYS AGO