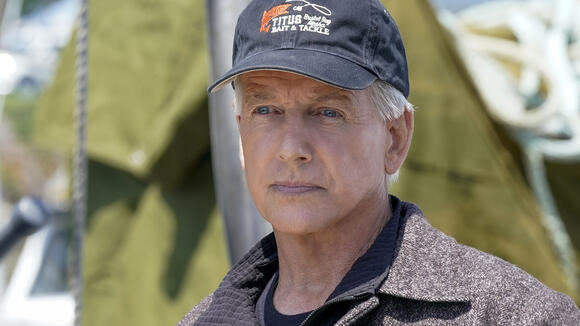 The final episode of NCIS for long-time star Mark Harmon pulled in a slightly smaller audience Monday than it did a week ago — though it still led Monday’s broadcast offerings in total viewers. The Voice remained No. 1 among adults 18-49, and Fox’s 911 continued a steady opening to its season.

On cable, ESPN’s Monday Night Football telecast — the first of the year without a simulcast on ESPN2 — had a season low but still improved on the same week from 2020. A pair of baseball playoff games in primetime also drew decent audiences.

Monday Night Football averaged 11.33 million viewers for ESPN, the lowest mark of the season so far and down about 1.5 million people from a week ago. The game was, however, 6 percent bigger than the same night in 2020 (10.69 million).

This Week in TV: Holiday Specials Galore, ‘The Beatles: Get Back,’ ‘Hogwarts Tournament’

Christmas movies have been airing since before Halloween, and CBS has already aired Rudolph the Red-Nosed Reindeer this year. But with Thanksgiving on Thursday, the TV holiday season really begins in earnest. The broadcast networks are filled with specials over the next seven days, and streaming and cable premieres (holiday themed or not) are plentiful as well. Below is The Hollywood Reporter‘s rundown of premieres, returns and specials over the next seven days. It would be next to impossible to watch everything, but let THR point the way to worthy options for the coming week. All times are ET/PT unless noted. The Big Show One of the...
NFL・4 DAYS AGO
The Hollywood Reporter

NBCUniversal has pulled the string for season two of Chucky. The revival of the beloved horror franchise has aired jointly on USA Network and Syfy and, per NBCU, has reached 9.5 million viewers in its first season across all platforms. Season one wraps its run Tuesday at 10 p.m. on both basic cable networks. The series, which hails from Chucky creator Don Mancini, will make its streaming debut on Peacock starting Dec. 1. “We’re thrilled to start pulling the strings on a second season of puppet mayhem with Chucky,” said Mancini, who exec produces the series. “Many thanks to our partners at USA,...
TV SERIES・14 HOURS AGO
The Hollywood Reporter

Critic’s Appreciation: The Rapture and Relevance of Stephen Sondheim

No contemporary artist has been as instrumental in testing, torching and redefining the boundaries of American musical theater as Stephen Sondheim, who died early Friday at his home in Connecticut, aged 91. An unparalleled giant in the field, his influence has helped shape generations of composers and lyricists and will continue to do so, and his loss stings like few others. We tend to think of our cultural heroes as immortal, and Sondheim was an undisputed genius who commanded a god-like respect. With news of his death still sinking in, it’s difficult to comprehend that we’ll never again experience the anticipation...
ENTERTAINMENT・3 DAYS AGO
Outsider.com

NCIS star Mark Harmon is sorely missed on new episodes of the CBS hit drama. There will never be another Gibbs, as he will likely always be the most beloved character on the show. However, this does not mean that there were not other stars on the program that deserved proper recognition.
TV & VIDEOS・7 DAYS AGO

Which ‘NCIS’ Show Has Best Ratings This Season?

Does the powerful NCIS franchise of shows still have its significant oomph when it comes to drawing an audience?. Yes and no. The shows still appeal to millions, but the audience, particularly for OG NCIS, is down. And the audience started shrinking even before Mark Harmon exited the show last month.
TV SERIES・9 DAYS AGO
TVLine

In the latest TV show ratings, CBS is singing a happy tune given the turnout for Adele: One Night Only. The concert/interview special averaged 9.9 million total viewers (per finals) and at least a 1.5 demo rating. In a TVLine poll, “Rolling in the Deep,” the new track “Easy on Me” and “Hello” ranked as your three favorites performances of the night. NBC’s Sunday Night Football telecast, meanwhile, averaged 13.5 mil and a 3.6, up from last week’s fast nationals. Elsewhere…. ABC | AFV (4.5 mil/0.4) dipped in the demo, Celebrity Wheel of Fortune (3.4 mil/0.5) and Supermarket Sweep (2 mil/0.4) ticked up, and...
NFL・14 DAYS AGO
TheWrap

Ratings: ‘Adele One Night Only’ Is TV’s Most-Watched Special Since the Oscars

Concert and interview flirts with 10 million viewers. Adele’s two-hour “One Night Only” special drew 9.9 million total viewers on Sunday, when CBS finished second to NBC’s primetime NFL action. “60 Minutes” scored 12.5 million viewers last night. Those are time zone-adjusted fast-national ratings, but they do not include out-of-home...
NFL・14 DAYS AGO
Variety

British superstar Adele’s powerhouse voice reached 9.92 million listeners (and viewers) during CBS’ “Adele: One Night Only” special on Sunday night, making it the most-watched entertainment special since the Oscars seven months ago, although below the numbers snagged by “60 Minutes” and NBC’s football broadcast in the evening. The time-zone adjusted Live+Same Day fast national TV ratings from Nielsen do not include out-of-home viewing for the Adele special; CBS predicts that data tomorrow morning will show that the two-hour broadcast presentation will surpass the 10 million range. Promoting her upcoming and long-anticipated album “30,” the English singer-songwriter’s special on CBS delivered...
NFL・14 DAYS AGO

Fans of the long-running CBS hit NCIS got a rather unpleasant surprise earlier this year when it was announced that Mark Harmon wouldn’t be around for most of Season 19. It wasn’t long before we were introduced to Gary Cole as FBI Agent Alden Parker, who has now officially taken over as Gibbs’ replacement to lead the team. Now, Cole is talking about his new gig, and what he’s definitely not trying to do with the role.
TV SERIES・6 DAYS AGO
goodhousekeeping.com

At the beginning of season 19, NCIS fans were forced to say an emotional goodbye to Gibbs (Mark Harmon) in Alaska. Though it's been months, many are still struggling to accept his farewell. This became super evident when a throwback picture of Gibbs reignited a rallying cry for the special agent in charge to return.
TV & VIDEOS・10 HOURS AGO
TVShowsAce

Are Shailene Woodley and Aaron Rodgers still together? That’s the question that’s floating around NFL fans and movie goers minds simultaneously. That’s because the Green Bay Packers quarterback is under quite a bit of heat these days. The future hall of famer found himself in hot water after testing positive...
NFL・22 DAYS AGO
CowboyMaven

FRISCO - Could Dallas Cowboys Hall-of-Fame quarterback Troy Aikman be changing TV jobs?. Amazon is taking over the NFL’s Thursday Night Football broadcasts next year, and the company reportedly wants to make a gigantic move involving its announcing lineup. And including Aikman would be gigantic. According to Mike McCarthy of...
NFL・12 DAYS AGO

There might be an explanation for Matthew Stafford's wild interceptions Sunday night ... 'cause Paris Hilton was rocking her big ass engagement ring in a field box at the Rams game -- and that diamond was dancing!!!. Okay, so obviously, the ring had zero impact on the Rams losing big...
NFL・21 DAYS AGO
ewrestlingnews.com

NCIS: Los Angeles is teasing a tense affair for its Sunday night offering. From the clues the show is dropping, we know that Rountree is stuck on a hijacked bus. And Sam is doing the negotiations. CBS offered this NCIS: Los Angeles plot summary for the episode called Sundown. “Sam negotiates and Rountree goes undercover, when a man takes a busload of hostages and threatens to blow it up unless his daughter’s war crimes are posthumously cleared.”
LOS ANGELES, CA・8 DAYS AGO
Outsider.com

A bevy of stars made up the cast of Gilligan’s Island. One of the show’s stars, though, forbade directors to do close-up shots. Who was the star who had this deal? It wasn’t Gilligan! No, it actually was Natalie Schafer. You know…Mrs. Howell, married to wealthy Thurston Howell III, played by Jim Backus.
CELEBRITIES・2 DAYS AGO
Outsider.com

“The Conners” sitcom stayed strong this past week, bringing in 3.4 million viewers with a 0.5 demographic rating. In its fourth year on ABC, the show is a spin-off of the longtime Roseanne Barr show “Roseanne.” In May, the network renewed the spin-off show for a fourth season. Last year’s it was the top ABC comedy in total viewers (4.7 million) and the adult demographic (0.9/6).
TV & VIDEOS・11 DAYS AGO
Outsider.com

‘NCIS: Los Angeles’: Is One of Hetty’s Major Enemies About to Return?

NCIS: Los Angeles’s Hetty Lange (Linda Hunt) has faced some major villains over the course of the show. And one of the enemies she disliked most was the fallen former agent Paul Angelo (Daniel Henney). In Season 5, the two characters butted heads, but Angelo survived the encounter and is...
TV SERIES・5 DAYS AGO
Outsider.com

‘NCIS’: Here’s When the Show Will Return from Hiatus

Popular drama series NCIS and NCIS: Hawai’i has received positive feedback from its fans and network. However, viewers will have to wait as the shows head into a break period. Here’s everything you need to know on how long the break will be and when to expect the series return.
TV SERIES・13 DAYS AGO