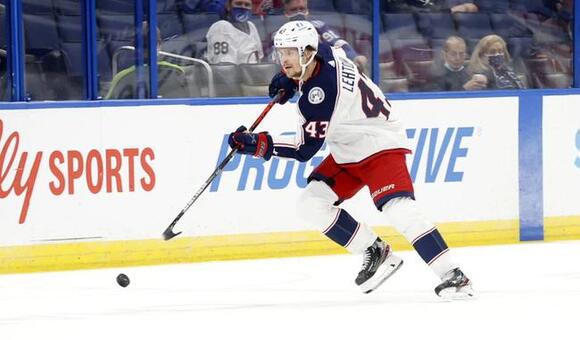 The Columbus Blue Jackets suspended defenseman Mikko Lehtonen over his failure to report to the Cleveland Monsters of the American Hockey League, then placed him on unconditional waivers.

The team made the announcement Tuesday, a day after assigning Lehtonen, fellow defenseman Gabriel Carlsson and forward Kevin Stenlund to the AHL affiliate.

Lehtonen, 27, signed a one-year contract with the club on July 30. Financial details were not announced. 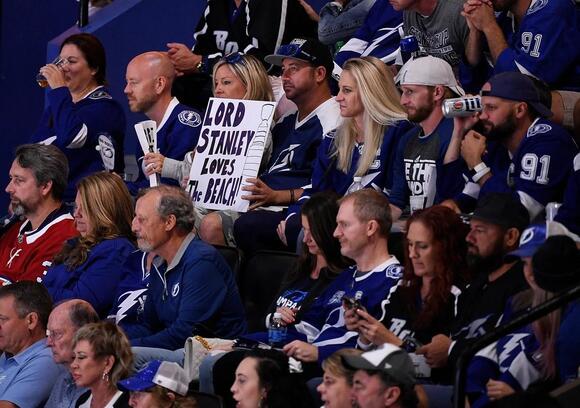 The Finland native made his NHL debut last season and had six assists as he split time between the Blue Jackets and Toronto Maple Leafs. Columbus acquired him in a trade on March 12 that sent goaltender Veini Vehvilainen to Toronto.

The Blue Jackets open the 2021-22 season Thursday night in Columbus against the Arizona Coyotes.

Capitals beat Blue Jackets 4-3 after late goal from Conor Sheary originally appeared on NBC Sports Washington. The Capitals ended their two-game road swing with a 2-0 record as they beat the Columbus Blue Jackets 4-3 at Nationwide Arena on Friday with some late-game heroics to lift their record to 8-2-4 on the season.
NHL・14 DAYS AGO
Sports Illustrated

The Rangers and Blue Jackets come into this matchup very even on paper. The Rangers are 5-2-2 on the road, and the Blue Jackets are 5-2-0 at home. Only three points separate them in the Metropolitan division, as the Rangers hold a slight three-point advantage. How to Watch: New York...
NHL・14 DAYS AGO
elitesportsny.com

The Rangers head to Columbus to play the Blue Jackets for the second time this season in the first game of a back-to-back. The New York Rangers had a nice, lengthy break after notching an unlikely victory against the best team in the NHL, the Florida Panthers. On Monday, the...
NHL・14 DAYS AGO
1stohiobattery.com

In the NHL, players, teams, and management are graded based on wins and losses. But for a young team on the rise, it's important to keep the big picture in perspective. After a 7-3-0 start, the best start in franchise history, the Columbus Blue Jackets dropped a pair of games over the weekend, 4-3 to the Washington Capitals and 5-3 to the New York Rangers, both at Nationwide Arena. Realistically, this team was never going to play at a 7-3-0 pace over the course of 82 games, so some regression to the mean was expected. Still, it was a frustrating weekend in the sense that this team could have gotten a different result if not for a few changes.
NHL・12 DAYS AGO

Zach Werenski scored with 79 seconds remaining in regulation to give the Columbus Blue Jackets the lead in a 5-3
NHL・11 DAYS AGO
1stohiobattery.com

With eight wins in their first 13 games, it's fair to say that this Columbus Blue Jackets team is exceeding expectations. But it's how they're winning now that has the potential to ensure a future brighter than Columbus has ever seen in the NHL. So far this season, the Blue...
NHL・11 DAYS AGO
FanSided

Down 2-0 early, the Columbus Blue Jackets battled back from an early 2-0 deficit to secure a 5-3 win over the Detroit Red Wings. The first period was chock-full of sloppy play. Missed passes, turnovers and stalled out offensive series kept the game scoreless as both teams struggled in their opponent’s zones.
NHL・11 DAYS AGO
NHL

COLUMBUS - The Winnipeg Jets begin a three-game road trip tonight in Columbus against the Blue Jackets. Stay tuned for the Morning Skate Report, as well as the JetsTV Road Report as they come available. -- Mitchell Clinton, WinnipegJets.com. Game Notes. The Jets are tied for second in the NHL's...
NHL・3 DAYS AGO

COLUMBUS - Pierre-Luc Dubois admits it was a little weird walking into Nationwide Arena on Wednesday. After all, he played 219 games for the Columbus Blue Jackets between 2017 and 2021 and was the team's third overall pick in the 2016 NHL Draft. Of course, he's now a member of...
NHL・3 DAYS AGO
1stohiobattery.com

With 65 games to go, the Columbus Blue Jackets may already have found their winner for regular season game of the year. Gregory Hofmann's first-period goal was enough to give the Blue Jackets their 11th win of the season, as Elvis Merzlikins posted his first shutout of the season in Columbus' 3-0 win Wednesday night over the Winnipeg Jets.
NHL・2 DAYS AGO
1stohiobattery.com

Cole Sillinger continues to exceed expectations. After dominating the Traverse City prospects tournament and later training camp, the Columbus Blue Jackets had no choice but to keep Sillinger the 18-year old on the opening night roster. Fast forward a month and change and it's hard to imagine the Blue Jackets...
NHL・2 DAYS AGO
NHL

Blue Jackets shut out Jets in Dubois return to Columbus

COLUMBUS -- Elvis Merzlikins made 36 saves for his first shutout of the season, and the Columbus Blue Jackets defeated the Winnipeg Jets 3-0 at Nationwide Arena on Wednesday. Gregory Hofmann, Zach Werenski and Andrew Peeke scored for the Blue Jackets (11-6-0), who have won four of five. Merzlikins made...
NHL・2 DAYS AGO

The St. Louis Blues will try to catch their second wind when they host the streaking Columbus Blue Jackets on Saturday night. The Blues are 2-5-2 in their past nine games after blowing a two-goal.
NHL・9 HOURS AGO
1stohiobattery.com

8 P.M. – SATURDAY, NOVEMBER 27. The city of Columbus has a big road game Saturday. The Blue Jackets will seek their first four-game winning streak in nearly three years Saturday evening when they travel to St. Louis for a battle with the Blues. Columbus sits at 12-6-0 on the...
NHL・11 HOURS AGO
stlouisgametime.com

Stop me if you’ve heard this one before: the Blues lost an easily winnable game. After frittering away a commanding two goal lead, the Blues snatched defeat from the jaws of victory in an overtime result that looked like a foregone conclusion. It’s frustrating, because a) the Blues lost but also b) they looked like they had control of the game for the first period and a half.
NHL・7 HOURS AGO

LAS VEGAS (FOX5) -- The Vegas Golden Knight continue to deal with the COVID-19 bug, as they added a third player to the National Hockey League protocol list this week. Golden Knights announced via Twitter Wednesday afternoon that newly acquired forward Michael Amadio was placed on the NHL COVID-19 list. He will be unavailable while going through league protocol requirements, the team said.
NHL・10 DAYS AGO
Yardbarker

It seemed like a pretty comical moment towards the end of the New York Rangers 5-2 win over the Boston Bruins. Artemi Panarin and Bruins super-pest Brad Marchand were jawing at each other. The confrontation ended with Panarin throwing his glove at Marchand. ABC commentator, AJ Mleczko was in between the benches when the altercation took place. “I don’t mean to laugh,” she said. “It is heated and intense.”
NHL・1 DAY AGO
hockeyinsiders.net

The Colorado Avalanche haven't been off to the start they wanted as they sit in 5th place of the Western Division playing .500 hockey. General manager Joe Sakic has been looking for some help and came close to pulling off a blockbuster. Various reports had the Avalanche in amongst the...
NHL・14 DAYS AGO