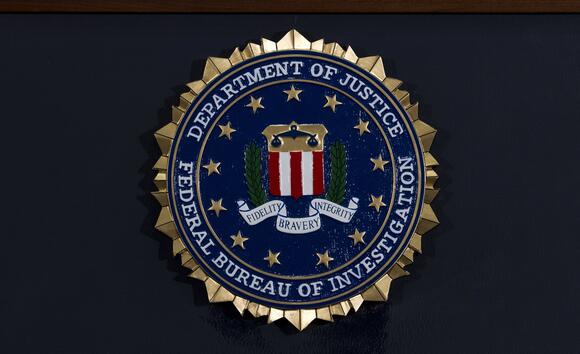 The FBI believes the Taliban’s takeover of Afghanistan is pushing Americans toward acts of violence.

Charles Spencer, the FBI’s assistant director of the International Operations Division, said his officers witnessed an increased amount of chatter on social media and online from people who haven’t traveled to the Middle East but have been influenced by the Taliban .

VOLUNTEERS EMPTY THEIR RETIREMENT FUNDS TO SAVE AT-RISK AFGHANS

“There’s a lot of talk about it, and I think that’s the first thing you see. Where there’s talk, there’s more interest,” Spencer said at the Soufan Center’s Global Security Forum in Doha, according to Defense One .

“That’s where people who are people on the fringes, [who are] potentially not mentally stable, [and] not even affiliated with them — I think that’s where they see this rallying cry and their opportunity,” he continued. “Now, it’s 'time to buy a gun, run people over with a car,’ do whatever they’re going to do.”

Spencer noted that al Qaeda, which has a long-standing relationship with the Taliban, is not equipped to launch large-scale attacks against the continental United States at this time, though it could soon be capable of attacking U.S. personnel or facilities in the region.

“It’s much easier to execute than it would be going across the Atlantic ... but I definitely think that within a short period of time, a year or less, maybe years, they could easily probably project that kind of attack,” he said.

The U.S. and other Western countries are waiting to see whether the Taliban will offer a safe haven for various terrorist organizations, such as al Qaeda and ISIS-K . The U.S. has warned that international recognition of the Taliban's government is contingent upon their behavior.

“It’s a real possibility that in the not-too-distant future, six, 12, 18, 24, 36 months, that kind of time frame, for reconstitution of al Qaeda or ISIS, and it’s our job now, you know, under different conditions, but it’s our job to continue to protect the American citizens against attacks from Afghanistan,” Gen. Mark Milley , chairman of the Joint Chiefs of Staff, said at a Capitol Hill hearing last month.

Oh, I thought White Domestic terrorism was the number one concern in the US? Apparently they forgot about the Muslim sleeper cells and radical ANTIFA domestic terrorists that have been influenced by the Taliban and other terrorists all along... while Fascistbook looked the other way.

I think the government is getting scared because we the people are waking up!

Woman steals box from child during Black Friday melee, then plays victim: 'You're scaring me!'

A video posted the day after Black Friday shows shoppers storm into a store and a woman appearing to snatch a box from a small black child during a rush for discounted products.
PUBLIC SAFETY・23 HOURS AGO
WashingtonExaminer

Former President Donald Trump called for states to deploy the National Guard to help deal with rampant retail looting, or "smash-and-grab" incidents, in a Tuesday statement.
POTUS・1 DAY AGO
WashingtonExaminer

Biden’s Dirty Deal With the Taliban

Every week new revelations arrive about the scale of Biden’s betrayal in Afghanistan. After months of claiming that only a few hundred Americans had been abandoned behind enemy lines, the real numbers are still growing. Shocking reports continue to come to light including a military memo which claims that over a hundred family members of servicemen may still be trapped under Taliban rule.
U.S. POLITICS・12 DAYS AGO

Kabul [Afghanistan], November 22 (ANI): Highlighting the humanitarian situation in Afghanistan, acting Foreign Minister Amir Khan Muttaqi has called on the US to immediately release Afghanistan's central bank assets. Muttaqi made these remarks during an interview where he said the US was no longer engaged in a war with Afghanistan...
POLITICS・10 DAYS AGO
Popular Science

Why the Pentagon suddenly removed thousands of Afghanistan War images

This story is excerpted from Task & Purpose. The Pentagon has quietly removed a massive collection of Afghanistan War footage totaling more than 120,000 photos and 17,000 videos from its official visual record. The images and videos, which date back more than a decade, were previously published to the Defense...
MILITARY・29 DAYS AGO
albuquerqueexpress.com

ISLAMABAD - The Taliban foreign minister Wednesday penned an "open letter" to the U.S. Congress, warning of a mass refugee exodus from Afghanistan unless the United States unblocks more than $9 billion in Afghan central bank assets and ends other financial sanctions against the country. Amir Khan Muttaqi wrote that...
14 DAYS AGO
Washington Examiner

Last week, a 10-year-old Afghan girl experienced the end of her childhood. Fatima, whose name has been changed to protect her identity, was not wearing a head covering when she left her home to purchase bread for her family, according to an associate of the U.S. nonprofit organization Flanders Fields, which is providing for Afghan allies abandoned by the State Department. For her immodesty, local Taliban beat Fatima so severely that she lost control of her bladder.
AFGHANISTAN・2 DAYS AGO

Kabul [Afghanistan], November 17 (ANI): The opium cultivation and production has increased in drought-affected southern Afghanistan, Kandahar and Helmand after the Taliban took control of Kabul in August. Under the Taliban regime, the people have no work and the country is drowned in debt. Lack of work alternatives and drought...
MIDDLE EAST・14 DAYS AGO
The Free Press - TFP

Taliban officials asked Congress to end U.S. sanctions and to free up Afghan assets, the Associated Press reported Wednesday. Afghan citizens are being deprived of civil services in the health and education sectors because officials can’t access the access, Taliban Foreign Minister Amir Khan Muttaqi said, according to the AP.
FOREIGN POLICY・14 DAYS AGO
Benzinga

The Taliban regime in Afghanistan announced this week that it had reached an agreement with a company to grow and manufacture cannabis products in the country. The Ministry of Interior reported on social media that the Australian company Cpharm would make an investment of more than $400 million to create a marijuana production facility.
WORLD・5 DAYS AGO
hawaiitelegraph.com

Kabul [Afghanistan], November 28 (ANI): Taliban rule in Afghanistan faces an economic crisis following its takeover of the landlocked country in August this year. The Afghan economy has gone from bad to worse and could lead to total collapse, reports the Asia Times. The International Monetary Fund (IMF) in its...
WORLD・3 DAYS AGO

Tashkent [Uzbekistan], November 17 (ANI): Ahead of the crucial United Nations Security Council meeting on the Afghan situation, Uzbek Foreign Minister Abdulaziz Kamilov said that the Taliban have been a major force in Afghanistan but it has never conducted any 'terror attacks' beyond the national borders. Kamilov made these remarks...
POLITICS・14 DAYS AGO
americanmilitarynews.com

Iranian border guards clashed with Taliban forces along the Iran-Afghanistan border on Wednesday after the Taliban opened fire on Iranian farmers, according to reports. Local journalist Reza Khaasteh shared unverified video of the scene on Twitter, which appeared to show Iranian soldiers using heavy artillery to push back against the Taliban militants.
PUBLIC SAFETY・2 HOURS AGO
tucsonpost.com

Anxiety in Afghanistan as Taliban struggle for legitimacy: UN official

New York [US], November 18 (ANI): Strengthening call for a more inclusive government in Afghanistan, the United Nations has said that the country is facing curtailment of women's and girls' fundamental rights under the Taliban, reported Sputnik. "There has been a general curtailment of Afghan women's and girls' fundamental rights...
POLITICS・13 DAYS AGO
albuquerqueexpress.com

Kabul [Afghanistan], November 23 (ANI): Following the Taliban takeover of Afghanistan, a power vacuum has emerged in the wider region, along with security concerns for powers such as Russia, which fears the rise in smuggling of narcotics and arms will result in greater instability in Central Asia. The Taliban entered...
POLITICS・8 DAYS AGO
AFP

Taliban urges US to release frozen funds in Doha talks

The Taliban renewed its call for the United States to release billions of dollars in frozen funds after two days of talks in Doha as aid-dependent Afghanistan grapples with economic crisis. The Afghans also called for an end to blacklists and sanctions in meetings led by Taliban Foreign Minister Amir Khan Muttaqi and Tom West, the US special representative for Afghanistan. It was the second round of talks between the two sides in Qatar since the US ended its 20-year occupation of Afghanistan and the hardline Islamists rapidly returned to power. "The two delegations discussed political, economic, human, health, education and security issues as well as providing necessary banking and cash facilities," tweeted Afghan foreign ministry spokesman Abdul Qahar Balkhi.
15 HOURS AGO
atlantanews.net