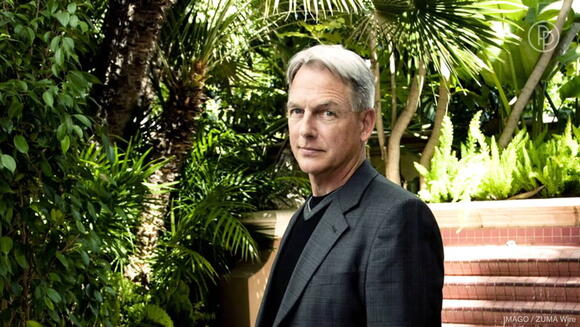 NCIS fans are having the same thought following the departure of its longest-standing cast member.

The latest episode of the CBS procedural show revealed that Special Agent Leroy Jethro Gibbs was officially stepping away from future cases.

After solving a case in Atlanta, Gibbs tells Tim McGee (Sean Murray), he would be staying on.

When asked what he’s looking for, he said: “I don’t know. My gut’s telling me I’ll know when I find it.”

NCIS showrunner Steve Binder paid tribute to Harmon’s 18 years on the show, stating: . “As an executive producer and dear friend, Mark continues to be an integral part of the fabric of the show,.

“Our north star has always been staying true to our characters, and that truth has always guided the stories we tell and where those characters go. So regarding the future of Gibbs, as long-time fans of the show may have noticed over the years…never count Leroy Jethro Gibbs out.”

Fans are expressing their sadness over harmon’s departure and are now questioning whether the remaining cast members can carry the show without him.

“No Gibbs no watching,” one person wrote, with another adding: “My head gets why tonight’s ep had to happen but my heart...? That’s going to take a while to get used to the idea.”

An angry viewer wrote: “The remaining cast is awful. They can’t carry this show to a season 20. It needs to be put out of its misery.”

NCIS is currently on its 19th season.

NCIS star Mark Harmon is sorely missed on new episodes of the CBS hit drama. There will never be another Gibbs, as he will likely always be the most beloved character on the show. However, this does not mean that there were not other stars on the program that deserved proper recognition.
TV & VIDEOS・8 DAYS AGO
goodhousekeeping.com

'NCIS' and 'NCIS: Hawai'i' Fans Are Going to Be Super Disappointed Over This Episode News

After officially joining the NCIS franchise this September, NCIS: Hawai’i has folks talking about the show's intriguing cases and interesting relationships. Now, only seven episodes in, the CBS show is going off air for some time — and unsurprisingly, many are already missing Special Agent in Charge Jane Tennant (Vanessa Lachey) and the rest of her team.
TV SERIES・8 DAYS AGO
Outsider.com

Gibbs leaving NCIS has been hard for a lot of fans. Mark Harmon’s character was a legend on the show for close to twenty years. Folks loved him. They loved his character and miss him dearly. That being said, seeing Mark Harmon’s name in the title sequence after leaving NCIS is rubbing some fans the wrong way.
TV SERIES・12 DAYS AGO
Hello Magazine

Wilmer Valderrama has sparked a huge reaction from NCIS fans after sharing a video of himself covered in blood and cuts on his Instagram account. The 41-year-old actor, who has been playing Nicholas Torres on the naval drama since 2016, was almost unrecognizable with his beaten-up appearance. But fortunately, the new look is the work of the talented makeup artists on the CBS show.
CELEBRITIES・11 HOURS AGO

“NCIS” and “Chicago Fire” may be procedural drama competitors, but we once saw two icons from the shows appear on the screen at the same time. Randy Flagler once stopped by for a visit on “NCIS.” Flagler is most known for his role as Harold Capp on “Chicago Fire,” in which he has appeared in over 200 episodes. His character has also made several appearances on both “Chicago P.D.” and “Chicago Med.”
CHICAGO, IL・17 HOURS AGO
goodhousekeeping.com

At the beginning of season 19, NCIS fans were forced to say an emotional goodbye to Gibbs (Mark Harmon) in Alaska. Though it's been months, many are still struggling to accept his farewell. This became super evident when a throwback picture of Gibbs reignited a rallying cry for the special agent in charge to return.
TV & VIDEOS・1 DAY AGO
enstarz.com

Mark Harmon Returning To 'NCIS' Soon? Fans Notice Obvious Hint That He Is!

Is Agent Leroy Gibbs, played by Mark Harmon, making a comeback on "NCIS"?. After being in the program since the pilot episode, the special agent's character made a stunning exit in the fourth episode of the most current season. Fans who have been watching the program since September 2003 have...
TV SERIES・16 HOURS AGO
CinemaBlend

Fans of the long-running CBS hit NCIS got a rather unpleasant surprise earlier this year when it was announced that Mark Harmon wouldn’t be around for most of Season 19. It wasn’t long before we were introduced to Gary Cole as FBI Agent Alden Parker, who has now officially taken over as Gibbs’ replacement to lead the team. Now, Cole is talking about his new gig, and what he’s definitely not trying to do with the role.
TV SERIES・7 DAYS AGO

NCIS continues to dominate Monday nights amongst non-sports programming. The departure of Mark Harmon did ding the ratings, but the damage appears limited. The Monday night episode — Peacekeeper — drew an audience of 7.2 million. The Voice, a singing reality show, was watched by 6.3 million. NCIS ended a...
TV SERIES・8 HOURS AGO
Outsider.com

NCIS star Wilmer Valderrama might be okay, but his character Nick Torres definitely isn’t. Earlier this week, Valderrama posted a video of himself on set, covered in scratches and fake blood. And though the actor was in good spirits, fans are concerned about what’s in store for the beloved Special Agent.
CELEBRITIES・4 HOURS AGO
DoYouRemember?

Across eight seasons, television viewers knew Michael Landon as Charles Ingalls, a wholesome, steadfast, loyal, and inspiring figure in quaint Walnut Grove. His actor, Michael Landon, however, did not always live Pa’s lifestyle. Alison Arngrim is now providing further insight into the differences between Landon and his on-screen persona. Her...
CELEBRITIES・20 DAYS AGO
Page Six

Tori Spelling spent Halloween dealing with the ghosts of her past. The former “Beverly Hills, 90210” star posted a cryptic holiday message on Instagram, alongside pictures of her and pal Laura Rugetti dressed in dead bride costumes. “Never look back…,” she wrote over an Instagram Story photo. The seemingly pointed...
CELEBRITIES・29 DAYS AGO

Are you ready to get up close and personal with GENERAL HOSPITAL star Steve Burton (Jason)? The actor took to Instagram to announce that he’ll be doing some very special personal appearances in Upstate New York in December! This is great news because he was forced to cancel some of his previous fan events when he tested positive for COVID back in August.
NEW YORK CITY, NY・18 DAYS AGO
soapoperanetwork.com

While representatives at ABC, Disney and “General Hospital” have yet to comment on the reported exit of actor Ingo Rademacher (Jasper “Jax” Jacks) over allegedly not complying with a vaccine mandate that went into effect on November 1, 2021, some of his co-stars are speaking out in response to his sharing a transphobic post on his Instagram story on Sunday.
CELEBRITIES・22 DAYS AGO
Deadline

Heath Freeman, the actor best known for playing serial killer Howard Epps across two seasons of Bones, has died at 41. Reality TV star and former Miss USA Shanna Moakler was the first to post about Freeman’s death. His manager Joe S. Montifiore confirmed the news. Montifiore issued the following statement to Deadline: We are truly devastated at the loss of our beloved Heath Freeman. A brilliant human being with an intense and soulful spirit, he leaves us with an indelible imprint in our hearts. His life was filled with deep loyalty, affection, and generosity towards his family and friends, and an...
CELEBRITIES・15 DAYS AGO
Outsider.com

‘The Waltons’: How Did Grandpa Walton Actor Will Geer Die?

The Waltons creator called Will Geer a “Renaissance man.” And Geer brought all that gusto and life experience into portraying Zebulon Walton. But rather than Zebulon, you may call Geer’s character, Grandpa. That’s how Americans knew him when he was part of The Waltons, an endearing family drama that was on the air from 1972-78.
CELEBRITIES・28 DAYS AGO
New York Post

Laura Lynn “Bergen” Williams, known for playing Big Alice Gunderson on “General Hospital,” has died. She was 62. The soap opera star passed away after a battle with Wilson’s disease, a rare, inherited condition that causes copper to accumulate in vital organs including the brain. While treatable if diagnosed early, the disease can cause liver failure, kidney problems and death.
CELEBRITIES・13 DAYS AGO
Popculture

Lisa Rinna's family is facing another family tragedy. On Wednesday, the Real Housewives of Beverly Hills star revealed that her mother Lois Rinna, 93, suffered a stroke and she asked fans for their prayers. The news came just a few days after her daughter, Delilah Belle Hamlin, announced that she was hospitalized after an accidental drug overdose recently.
CELEBRITIES・19 DAYS AGO
country1037fm.com

Video: Jimmie Allen Was Asked To Leave The Ballroom On DWTS

A double elimination did Jimmie Allen in on Dancing with the Stars. He performed two dances during Janet Jackson night and even though he was decked out in gold lame and sequins, it was not enough to bedazzle the judges. Len, Bruno, Carrie Ann and Derek said it just wasn’t...
TV SHOWS・21 DAYS AGO